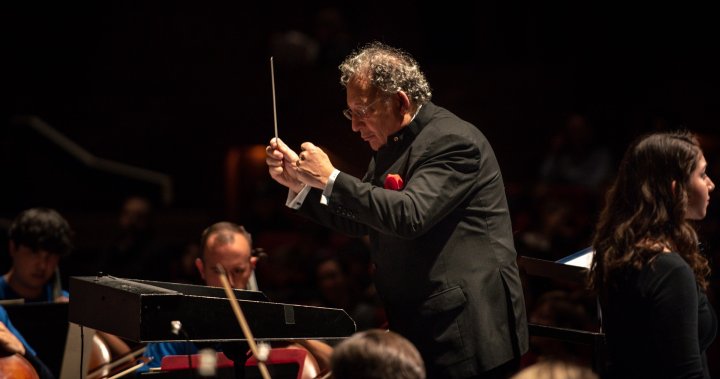 The city of Hamilton is set to name one of two theatres in FirstOntario Concert Hall after Boris Brott as a tribute to the late Canadian conductor and composer.

The maestro’s contributions will be recognized by naming the Great Hall in his honour as per a motion presented by Mayor Fred Eisenberger and passed by city council on Wednesday.

Eisenberger said the move was all about recognizing the commitment Brott made to promoting and building Hamilton.

The city will formally announce the tribute at the first concert of the 35th season of the Brott Music Festival coming up on June 30.

A plaque will be installed inside and an exterior sign added to the existing sign outside FirstOntario Concert Hall to recognize the musician who consistently performed at the venue for 40 years.

Downtown councillor Jason Farr called the tribute “brilliant” for a “giant” of classical music who made Hamilton his home.

“He was also a giant for promoting and building Hamilton, and this is well worth the accolades to put in perpetuity his name in a hall that all of us will recognize and certainly appreciate for all time,” Farr said.

Brott died after a tragic hit and run incident in early April near the intersection of Park Street South and Markland Street in the lower city.

The 78-year-old was killed in a chain of events now being investigated by Ontario’s police watchdog, the Special Investigations Unit.

Born 1944 in Montreal, Que.,  he made his permanent home in Hamilton, founding the National Academy and his namesake, the Brott Festival, following a stint as conductor of the Hamilton Philharmonic Orchestra between 1969 and 1990.

In 1986, Brott became an Officer of the Order of Canada followed by an induction into the Order of Ontario in 2006.

The conductor leaves behind a wife, daughter Alexandra, and sons David and Benjamin.