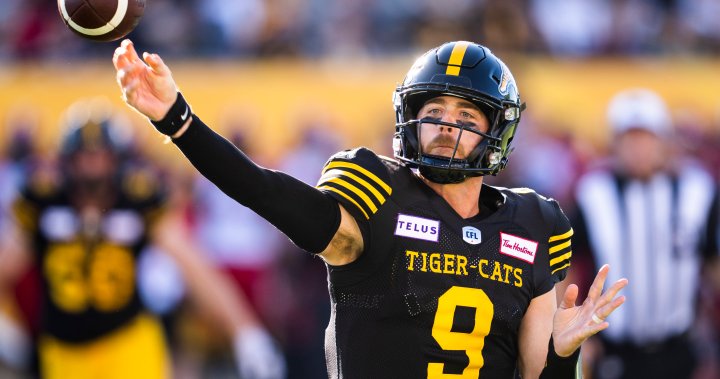 IG Field in Winnipeg has become the toughest place to play in the Canadian Football League and it just so happens to be the stadium where the Hamilton Tiger-Cats hope to snap out of their season opening skid.

The Pregame Show on 900 CHML begins at 7:30 p.m. Kickoff is at 8:30 p.m. and you can listen to the action on 900 CHML radio. A half-hour after the final whistle, catch The 5th Quarter postgame show on CHML, 900chml.com and on CHML’s Facebook page.

The Tiger-Cats nearly had their first win of the season seemingly in the bag last week during their home opener, but blew a 24-0 lead in the second quarter to lose 33-30 in overtime against the Calgary Stampeders.

Winnipeg, on the other hand, has begun their season with back-to-back victories over the Ottawa Redblacks, winning 19-17 in Week 1 at home and 19-12 last week in the capital.

“Everybody’s ready to go, everybody’s upbeat,” said Ticats head coach Orlondo Steinauer when asked earlier this week about the mood of his squad. “The record is what it is. We’re just moving forward. We just gotta keep getting better.”

Hamilton showcased a lot of promise in the first half against the Stampeders last week after ripping off 24 points, highlighted by quarterback Dane Evans throwing touchdowns to Sean Thomas Erlington, Steven Dunbar Jr. and Tim White.

But as well as the offense played, and as stout as the defense were in the first half, it didn’t translate into much success in the third and fourth quarters.

Now the Cats go up against the Bombers who carry a 10-game winning streak at home into the contest, the longest such streak since they recorded 10 straight victories at old Canad Inns Stadium in 1993-1994.

This week’s CFL injury report shows a rather long list of injured Ticats.

Hamilton will be without injured all-star left guard Brandon Revenberg and running back Don Jackson, and the club has listed receiver Bralon Addison as a game time decision.

The Blue Bombers will be missing defensive back Winston Rose, who after two weeks is tied for the CFL lead with 15 defensive tackles.