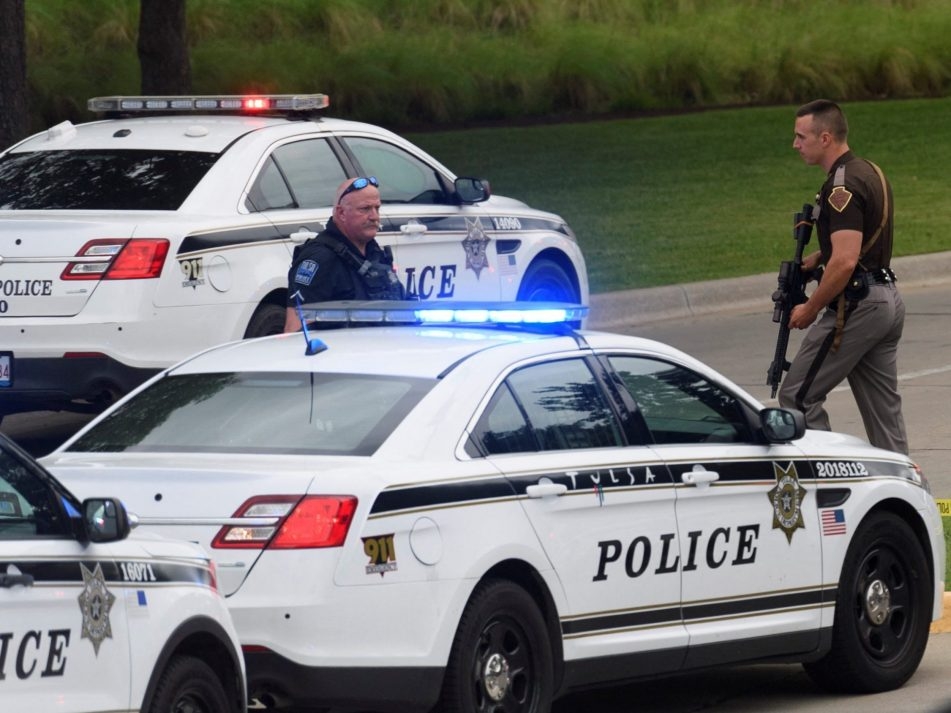 TULSA — A man armed with a rifle and handgun opened fire on Wednesday inside a medical building in Tulsa, Oklahoma, killing four people, police said, in the latest of a series of mass shootings in the United States.

Brooks said police were trying to determine the man’s identity, but said he was aged between 35 and 40.

Officers arrived on the scene three minutes after receiving a call about the shooting and made contact with the victims and the suspect five minutes later, he said.

The gunman was armed with a rifle and a handgun.

“I also want to express our community’s profound gratitude for broad range of first responders who did not hesitate today to respond to this act of violence,” Tulsa Mayor G.T. Bynum said.

The shooting occurred on the second floor of the campus’s Natalie Building, which contains doctor’s offices including an orthopedic centre.

The White House said President Joe Biden had been briefed on the shooting and offered support to state and local officials in Tulsa, a city of some 411,000 people that sits around 100 miles (160 km) northeast of the capital Oklahoma City.

The Tulsa shooting follows two mass shootings in May that shocked Americans and reignited debates about gun control. Last week, a gunman killed 19 children and two teachers at an elementary school in Uvalde, Texas. Earlier in May, a shooter killed 10 people at a supermarket in Buffalo, New York.