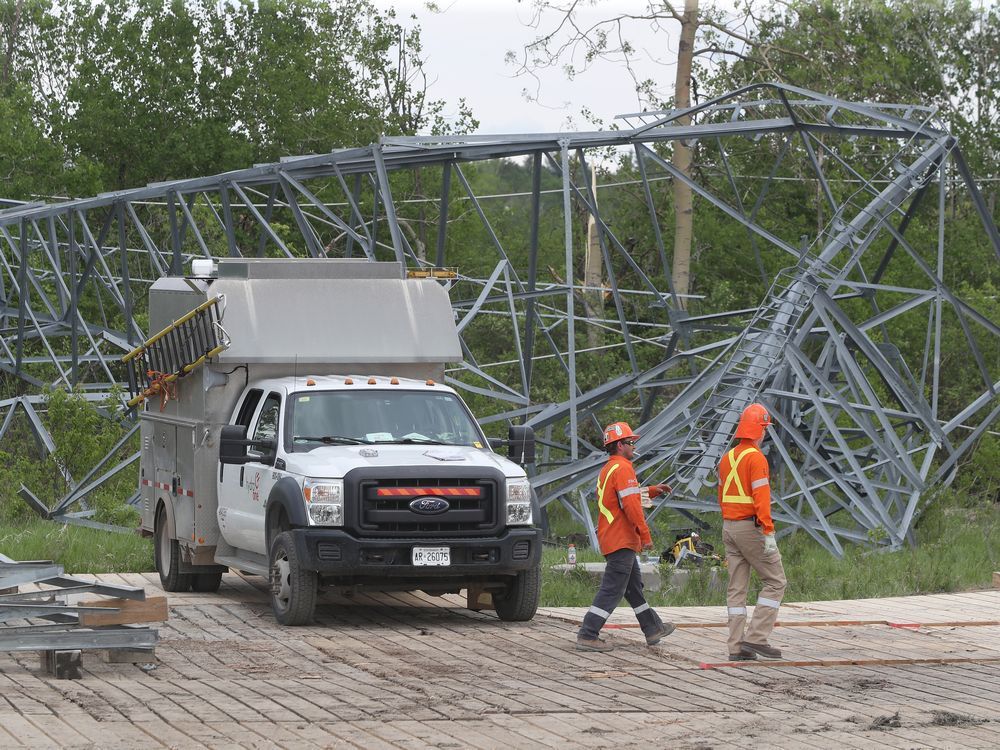 By predisposition I have never been a fan of Ontario Hydro One or its local clones — or even something called ELK.

Like many, I have often been appalled by Hydro’s “corporate” policy attitude which essentially suggests the “corporation” has a much better idea of public need than does the public.

The result of that leads to decisions to construct new transmission lines more or less as befits the corporate perception of public interest. For example, supplying electric power to new and expanding industries in the Windsor region.

It is important of course, but the omnipotent corporation has to include installation of giant ugly hydro transmission towers that offend eye and mind.

Such poles now forest large areas of southwestern Essex County near, for example, Colisanti’s Tropical Garden. I acknowledge these repulsive poles do bring hydro to an ever mushrooming greenhouse industry. I concede that industry serves employment well in our region.

And perhaps more importantly it serves the ever expanding Canadian need for food.

Arguably, the greenhouse industry is future oriented — especially during winter for us food-loving Canadians.

Yet, there is also a side to Hydro One that warrants acknowledgment. Hydro One’s workers. The people who regularly can be asked to risk life and limb to ensure we continue enjoying comfortable lives.

One recent morning I was indulging in a mug of Pelee Blend coffee (from Windsor’s Colonial Coffee), nibbling my morning toast and reading my almost daily morning Windsor Star. Life was normal.

Suddenly, a loud bang and lights went out. I initially thought it was another one of those all too frequent brief hydro blips that throw computers and other electronics into disarray.

I thought perhaps our municipal office might have an answer to why the power was off, but they suggested I call Hydro One. I did and received a rapid response.

“No, we have no reports of power outages in your neighborhood” I was told.

But within the hour a Hydro One truck appeared with two pleasant technicians examining and testing a green 16,000 volt transformer box hidden among shrubs on one side of our front yard.

Impressive and dangerous work I was told while I went out to visit them at the site. Apparently, that green box is home to a massive input of electricity which was divided and sent to several adjoining homes.

“What happened?” I inquired. “Not sure yet, but we’ll figure it out.”

The two technicians were testing all transformers on our short street. Then they said they would turn the electricity back on to isolate the problem.

Standing on the road I was truly astounded when beneath my feet a massive explosion occurred and transformer uttered a loud dying groan.

Upon their return one said: “looks like a short in the underground cable.”

And thus over the next 11 hours there appeared five trucks including a soil-sucking truck and eight additional employees who worked tracing and splicing the cable.

And even as rain fell, they constructed a tent so they could complete the task of re-lighting our lives.

Down in a massive hole, two linemen men did whatever was required to splice this 16,000 volt line. Meanwhile, another truck off-loaded bags of sand to refill the massive hole.

Everybody seemed to have a clear role and knew how to fulfill that role. The line in the hole was over a meter deep.

Then amazingly just short of 11 hours without power our lights returned.

The following morning another two-person crew arrived to restore and seed grass.

The single blot on Hydro One’s performance was a pile of shrubbery cut down to access the underground cable. It took a week for that disappear — only due to our municipal works department and not Hydro One.

Nevertheless, I would like to say thank you to those who identified a serious problem, then organized essential equipment and delivered on their promise to have the lights back on by 10 p.m.

They fully delivered an hour early and thereby saved our candles for next time.

A tip of safety hats to Hydro One’s employees.

Lloyd Brown-John is a University of Windsor professor emeritus of political science. He can be reached at [email protected]