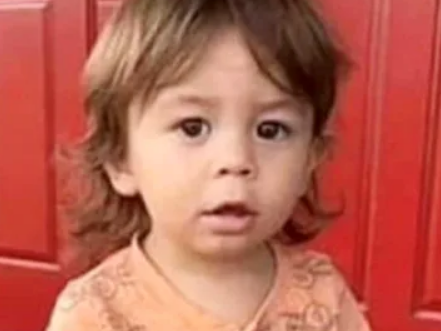 The grandmother of a missing Georgia child wonders if the toddler drowned in the bath after his mother passed out while high on drugs, according to a report.

Quinton Simon, who is 20 months old, is still missing.

“I feel like something happened while Quinton was in the bathtub, and he drowned, and they were both high. That’s my theory,” grandma Billie Jo Howell told Quinton’s father, Henry “Bubba” Moss, in a recorded phone call obtained by the Daily Mail.

“Hell, they should have just called the police if something like that happened,” replied Moss, who is no longer in a relationship with Quinton’s mother Leilani Simon.

“If you’re high as hell, man, you do stupid s—,” said Howell in the recording.

According to news reports, Leilani admitted to using drugs while pregnant with one of her three small children when it came up in court, and the fathers to two of her children have said she was a heavy user of cocaine.

Quinton has been missing since Oct. 5 from his Savannah, Ga., home. Police have been searching for his remains and have said Leilani is the main suspect. No arrests have been made.

Leilani went on television pleading for her son’s return.

“We’re just hoping that he’s in somebody’s house and they’re feeding him and maybe they wanted a baby or couldn’t have a baby,” she said. “Maybe they thought they were his savior. That’s our best hope at this point.”

The grandmother said police think her daughter might have gone  “into a traumatic state and blacked” out after the child died.

“It’s not her saying she don’t remember. That’s what police told her. And that’s what they told me,” Howell told Moss, according to the Daily Mail.