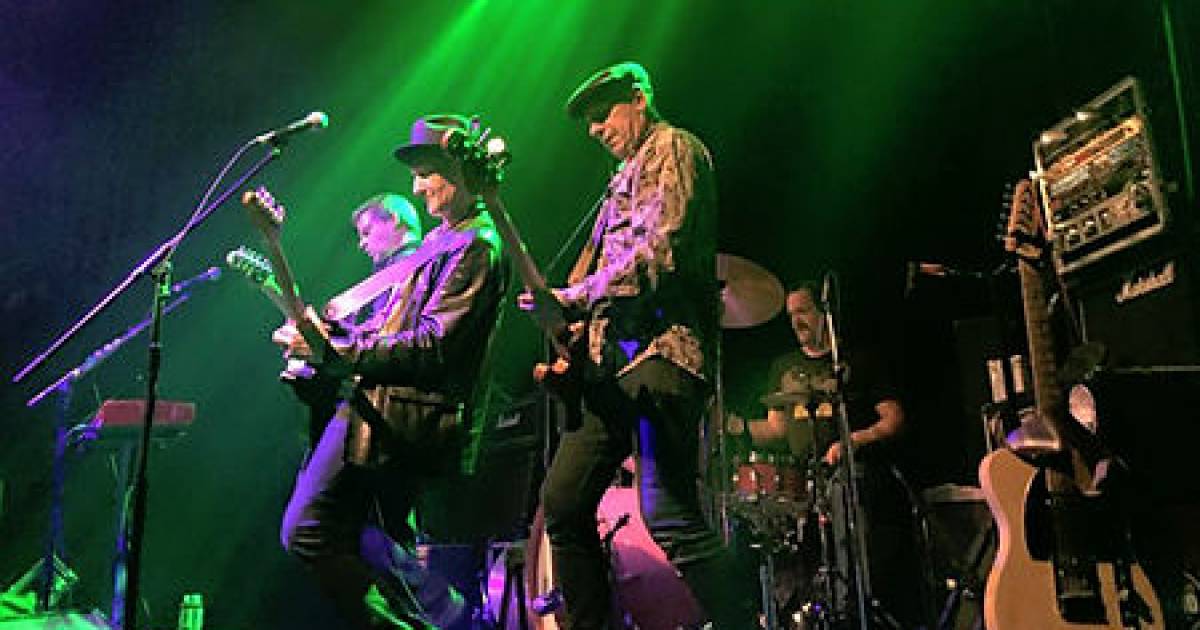 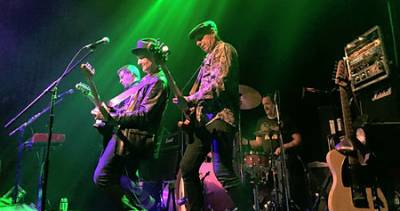 When the Georgia Straight tries calling Graham Brown at the agreed-upon time for an interview there’s no answer, so we leave a message and try again a few minutes later. This time we do connect, only to have the local rocker apologize and explain that he didn’t hear the phone the first time because the guitar he was playing was too loud.

That’s probably par for the course at the Brown household.

Graham Brown has been making a racket—a wonderful, melodic, guitar-drenched racket—for roughly four decades. In the early ’80s he was a member of an early incarnation of Edmonton alt-country heroes Jr. Gone Wild.

“Yep, the original lineup,” he clarifies, “back in—oh man, it was so long ago, maybe in ’82 or ’83? We did a show in Edmonton with the Enigmas, and they were like ‘You guys gotta come out to Vancouver,’ and we were like, ‘Sure!’

“So we came out to Vancouver to make a record—we also played the Savoy for a week, and then we played the Railway for another week or something—but then my van got stolen. So I thought, ‘You know what? I’m just gonna stay here.’

Brown’s unplanned sojourn in Vancouver has led to the making of some fine music over the decades. Eleven albums’ worth, to be exact. The Graham Brown Band‘s latest offering, last year’s 11-track Spirit and Soul, is a rollicking roundup of world-class roots-rock, some of which will be heard when the group opens for the reformed (since 2013) Jr. Gone Wild at Lanalou’s Rock & Roll Eatery on Thursday (July 7).

“They’re still doin’ their thing, and slugging it out,” says Brown of Jr. Gone Wild, who released their own stellar album, Still Got the Jacket, last year as well. “You know, when Mike [McDonald] and I were both in Jr. together we were just two songwriters trying to get our songs played, so it was a good healthy competition. I think people who want to come see us will like Jr., and people who like Jr. will like us. Jr.’s been on the road for a while so they’ll be good and tight, and we’ve been playing a lot as well, so we’re pretty up to snuff with things. It’ll be a really great night of music, actually.”

Spirit and Soul was recorded “live off the floor” in a four-hour flurry at Edmonton’s Edmontone Studios in March of 2020, just before COVID shut things down. Brown—who handles vocals, guitar, and harmonica—was ably abetted by band members Rob Blackburn (keyboards), John Werner (bass), and Mark Gruft (drums). They’ve been with him as a unit for over 10 years now.

“We had an afternoon off in Edmonton,” Brown recalls, “and I’m like, ‘We better find something to do or we’re gonna get ourselves into trouble.’ I had a whack of new songs, some of which I hadn’t even shown the band yet, so I showed them and they’re like, ‘Yeah, let’s do it’. We ran through it twice and then put it down to the tape and it’s done.”

The album was co-produced by Brown and Bill Buckingham, a veteran engineer, producer, and arranger who has worked at such famed Vancouver studios as Little Mountain Sound, Mushroom, the Armoury, and the Warehouse. He mixed and mastered Spirit and Soul, and recorded overdubs, at his own Palace Studios.

“Bill has a really good ear for placing the voice in the right place,” notes Brown. “For my vocals, he’s been the best guy to mix them. People go, ‘Oh, you’re singing great,’ and I’m like, ‘Well, that’s the way I’ve always sung, but he’s actually found a better way to fit it into the mix, or he tweaks it a better way.'”

There’s a black-and-white photo inside the Spirit and Soul CD case of a Danelectro 12-string guitar and what looks like a beat-up Fender tweed amp, but that isn’t Brown’s favourite combo when it comes to recording or performing live. He usually plays through his early ’70s Hiwatt amp and a Fender Telecaster.

“That’s kind of my go-to rig for the last eight-thousand years,” he says. “I’m a Tele guy, always have been. It feels good in my hand. And you can hammer nails with them and they stay in tune. I’ve had them since the early ’70s, so we’ve done a lot of miles together.”

Brown picked up his love of Telecasters after listening to the music his older brother and sister turned him on to as a kid.

“I’ve always liked Roy Buchanan, for one thing. But it was [Pete] Townshend—he was playing a Tele through a Hiwatt, and I was like, ‘Mmm, I like that sound.’ I learned by trying to play along as a teenager with Hendrix and Sabbath records and all that, way way back then. It’s funny, I was listening to some Sabbath a little earlier today, actually, and it’s like, ‘Gee, I guess all those double-string bends I do I kinda copped off of him.’ Never really thought about it, but… yeah. We’re all influenced by something.”

The last concert Brown attended as a fan was a pre-pandemic solo show by Neil Young at the Queen Elizabeth Theatre—with Elvis Costello opening up—where he scored himself a primo seat in row six. The influence of Shakey on Brown becomes evident when asked how he would describe his music to someone who’s never heard it.

“We cover a large swath of sounds,” he replies. “So I’d take maybe a couple of teaspoons of Buffalo Springfield, and then maybe shake that in with some Neil Young and Crazy Horse, or maybe some Blue Rodeo or something. I don’t know—it just comes. It just sounds like when we play.”

Besides the Jr. Gone Wild warm-up, the Graham Brown Band has a lot of gigs lined up this year, including shows in the Okanagan and on the Prairies. At this stage of his life—”I’m pretty ageless these days”—the singer views touring as a necessary evil.

“I don’t enjoy the driving like I used to when I was in my twenties,” he points out, “but the moment I’m on stage I plug in my guitar and I’m 12 years old again. And the band, they’re a bunch of lovely guys, we get along great; there’s no idiots or drunks or anything. We come prepared and we come to do our job and we leave no prisoners.”