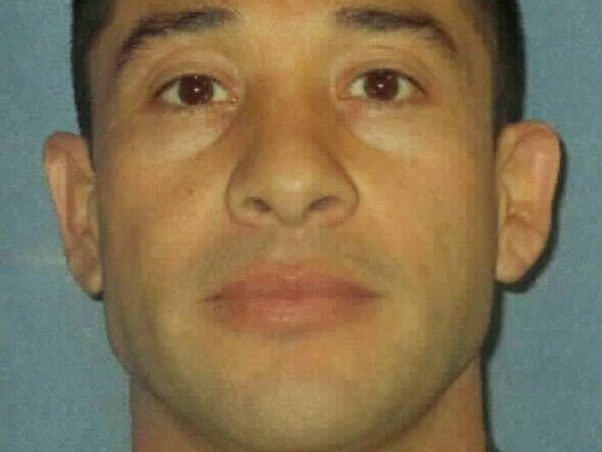 RENO, Nev. — The head of Nevada’s Department of Corrections has resigned at the request of Gov. Steve Sisolak in the wake of an escape by a convicted bombmaker that went unnoticed for four days.

Porfirio Duarte-Herrera, 42, escaped from the Southern Desert Correctional Center outside Las Vegas on Sept. 23 without anyone noticing for four days, before a tip led to his capture at a transit centre in Las Vegas on Wednesday night as he prepared to board a bus out of town.

Officials were investigating whether he had an accomplice.

State corrections officials didn’t realize until Tuesday that Duarte-Herrera was not at the medium-security prison where he was serving a life sentence for a deadly 2007 explosion outside a Las Vegas Strip resort.

The escape and subsequent fallout has political overtones because Sisolak, a Democrat, is running for re-election against Republican Joe Lombardo, the Clark County sheriff in charge of the Las Vegas Metropolitan Police Department. The two are scheduled to debate Sunday in Las Vegas.

Lombardo said Thursday at a joint news conference with an FBI special agent and the head of the U.S. Marshal’s Service for Nevada that they were fortunate to catch up with Duarte-Herrera so quickly given he had a “four-day head start” before anyone knew he was missing.

“The policies and procedure and all the failures that occurred on Friday and up to Tuesday need to be addressed,” Lombardo said.

“Infrastructure issues and prison system staffing issues, the ability for this individual to do it — from what I’ve been told — as simply as he did it is a grave concern to me and the entire law enforcement community and the community as a whole,” he said.

The Department of Corrections has been silent on the circumstances of the escape from the beginning and officials declined to attend Thursday’s news conference on the escape. Efforts to reach Daniels on Friday weren’t immediately successful. No personal phone number is listed for him and department spokespeople did not immediately respond to an email from The Associated Press seeking assistance reaching Daniels for comment.

A former corrections officer at the prison who leads an advocacy group for correctional officers told Fox5Vegas that Duarte-Herrera made a dummy and used battery acid to break down the window frame of his jail cell. The guard tower that would have had eyes on the unit he escaped from was unmanned and had been for a couple of years, Paul Lunkwitz, the president of the Fraternal Order of Police Nevada C.O. Lodge 21 in North Las Vegas, told the station.

The head of the local union that represents state correctional officers in Nevada called on the state Friday to address prison workers’ ongoing concerns about chronic understaffing and prioritize their safety.

“NDOC leadership has cut corners that have led to dangerous incidents, including removing guards at towers that maintain a constant visual on the outer fence lines that could have prevented the escape of a convicted murder,” AFSCME Local 4041 President Harry Schiffman said.

Criticism of the handling of the escape began as soon as Sisolak first announced Tuesday afternoon that Duarte-Herrera had escaped on Sept. 23, that the inmate’s absence hadn’t been detected until a head count at the prison Tuesday morning and that he was ordering an investigation into the matter.

Secretary of State Barbara Cegavske, a Republican who serves on Nevada’s three-member Board of Prison Commissioners with Sisolak and Democratic Attorney General Aaron Ford, said she was “outraged” the department didn’t notify commissioners of the escape, which she learned about from the media.

Sisolak ordered the corrections department to investigate the escape “to ensure any lapses in protocol are immediately addressed.” Sisolak also said Friday he is convening advisers to look specifically at the prison Duarte-Herrera escaped from and make recommendations on how to improve conditions there.

Daniels’ resignation comes after a tumultuous month at the Southern Desert Correctional Facility and another Clark County prison, High Desert State Prison, that led many to call for his ouster.

Earlier this month, a group of medical and mental health staff at the two prisons wrote to Sisolak describing “increasingly erratic, hostile and abusive” behavior from the prison director.

In staff meetings after two inmates died by suicide within seven hours of each other in the same unit at High Desert, Daniels proceeded to “berate the medical and mental health staff,” which the letter-writers called the beginning of “a witch hunt and blame game.” At the second meeting, Daniels allegedly showed up an hour late and “screamed at the staff present in the room and pounded his fist on the podium,” shouting that “no one here is special, and everyone is replaceable.”

The Department of Corrections did not respond to those allegations, which were first reported by KLAS-TV in Las Vegas.

Sisolak said Friday that his office will work closely with the department “to ensure the safety and well-being of both NDOC employees and inmates who are in the State’s care.”

“Corrections institutions across the nation are facing severe staffing shortages and together, we are working with NDOC to look at innovative ways to increase recruitment at all facilities within this state,” he said in the news release.