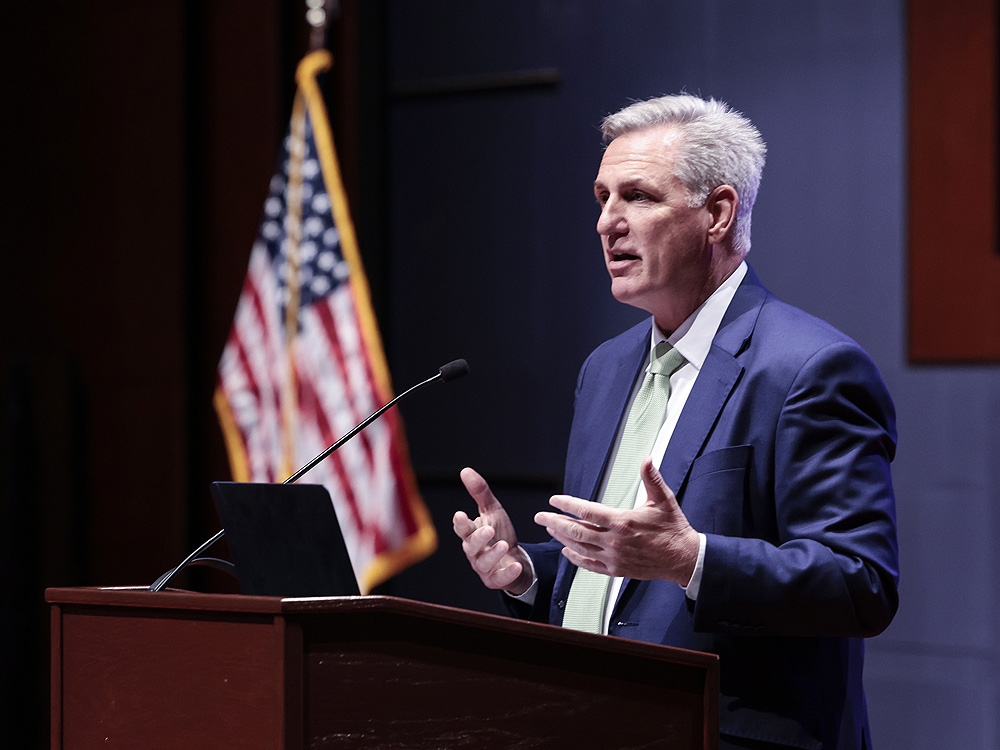 Kevin McCarthy’s quest for the House speaker’s gavel is a near-perfect inside-the-Beltway story because it’s about pure politics and personal ambition without many narrative-muddling concerns about principles, governing philosophy or policy considerations.

McCarthy was never a policy wonk or doctrinaire conservative, he’s a dealmaker and glad-hander, which is why most handicappers expect he’ll figure out how to horse-trade his way into the speakership.

The only question is what he’ll trade for that precious gavel. And the answer to that question holds both promise and peril.

As it stands right now, if every Republican who has publicly come out against McCarthy votes “no” — not just “present” — McCarthy won’t reach the 218 usually needed on Jan. 3, when a speaker for the new Congress is elected. There’s a little more wiggle room than that because no-shows and non-votes lower the number needed for a majority. But given that 36 Republicans very likely voted against him in the leadership vote earlier this month, he’s got work to do.

Even if he agrees to mow the lawn or pick up lunch for every recalcitrant Republican, he’d still have one of the narrowest majorities in history — probably around nine votes, 222-213. That’s the same margin Nancy Pelosi had coming out of the 2020 midterms, but she had a firmer hold on her caucus and a Democratic president and Democratic Senate to help impose and reward discipline.

McCarthy will have no such advantage, which means no major Republican-base-pleasing legislation will be possible. That’s why everyone expects the House GOP will focus on the investigations of Hunter Biden and the Biden family’s finances, of I don’t think any of these potential inquiries are inherently illegitimate or unwarranted. If the Republicans held serious, sober, responsible oversight on these and related issues, it might even work to their benefit.

Of course, that is an “if” so large you can see it from orbit. The peril for McCarthy, in other words, isn’t in the investigations but whether he can keep them from being clown shows, with the likes of Marjorie Taylor Greene in the centre ring. Also, while the threat from the clown caucus gets most of the attention, he also needs to please fiscal conservatives as well as moderates, many of whom were elected from very competitive districts, who don’t want to be associated with efforts to, say, impeach President Joe Biden, never mind the Jewish space-laser stuff.

McCarthy could instead agree to relinquish much of the power the speaker historically never had in the first place.

One of the chief reasons the House has become a parliament of pundits, where many members care more about being on TV than governing is that the speakership has aggrandized itself by absorbing legislative functions.

Since 1994, when Newt Gingrich led Republicans to a historic victory, House leadership — under Republicans and Democrats — have neutered committee chairs and suspended “regular order.”

These “reforms” were an understandable response to troublemakers no longer under the thumb of committee chairs. And that’s the problem. In a system where the speaker needs every vote, but committee chairs have no power to discipline members, the incentives for troublemaking have increased.

McCarthy can cut the Gordian knot by calling the bluff of the rabble-rousers by giving them the responsibility they claim to crave. The House Freedom Caucus wants him to agree to re-empowering members and committees, restoring committee jurisdiction, among other things.

The problem with the speaker’s legislative autocracy is it makes speakers responsible for every stupid thing their caucus does. Returning responsibilities to members and committee chairs might let McCarthy more off the hook and could actually lead to more legislators acting responsibly.

McCarthy is reluctant because he wants the power of the modern speaker. He’d be better served by getting the gavel but loosening his grip on its power.

— Jonah Goldberg is editor-in-chief of The Dispatch and host of The Remnant podcast.