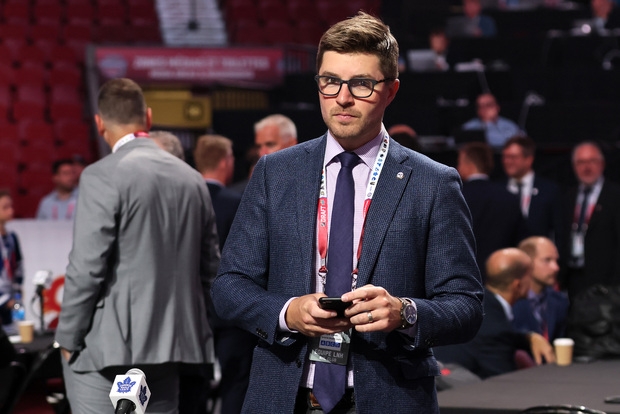 Dubas doesn’t have the money to do anything of significance on the open market.

After acquiring goalie Matt Murray from the Ottawa Senators, Dubas has approximately $6.3 million US at his disposal under the salary cap. Some of that money will be geared toward new contracts for winger Pierre Engvall and defenceman Rasmus Sandin.

As much as Dubas could use depth at forward, he needs another veteran goalie more, one that could step in if Murray gets injured.

Perhaps Ilya Samsonov or Eric Comrie would be a fit.

Dubas’ options would increase if he chooses to free up some money. One would be to move defenceman Justin Holl, who would clear $2 million under the cap if he were to go. Another would be unloading forward Alex Kerfoot, whose cap hit of $3.5 million would come off the books.

Replacing Holl, never mind that he fills a spot on the right side on the blue line, might not be difficult.

Considering the Leafs will be losing Ilya Mikheyev, as they will not be able to afford him, trading Kerfoot wouldn’t be wise. Kerfoot is in coach Sheldon Keefe’s good books as he can move up and down the lineup and be effective wherever he is slotted.