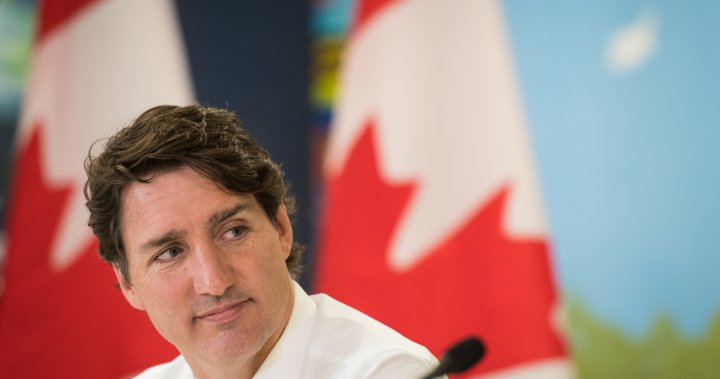 Canada needed to return six turbines for a pipeline that carries natural gas to Europe from Russia in the face of Moscow’s constant attempts to “weaponize” energy, Prime Minister Justin Trudeau says.

Trudeau defended his government’s decision on Wednesday to allow Germany to return the controversial turbines being serviced in Canada to Russia‘s Gazprom amid outcry over the move.

“This was a very difficult decision, but we have seen Russia consistently try to weaponize energy as a way of creating division among the allies, of undermining the general population’s support for this essential effort in Ukraine that governments support,” he told reporters in Kingston, Ont.

“Canada remains one of the strongest allies and friends to Ukraine (and) we’re not alone: countries in Europe, particularly Germany, have stepped up massively in their support of Ukraine as well, and we need to hold together — particularly (when) faced with the attempts by Russia to weaponize energy policy, to divide us among ourselves.”

Ottawa’s recent decision to grant Siemens Canada an exemption to deliver the equipment to Germany while it has sanctions in place against Russian President Vladimir Putin’s regime has drawn severe criticism both from the Ukrainian government and critics in Canada.

The Ukrainian government called the move a “dangerous precedent” at a time when the international community needs to show resolve against Russian threats and its invasion of Ukraine, which has been raging since the full-scale war began on Feb. 24.

The Ukrainian World Congress (UWC) and the Ukrainian Canadian Congress have been urging the federal government to reconsider its decision to return the turbines. The UWC is seeking a judicial review of the decision with the Federal Court.

Germany and Europe are facing energy challenges as a result of the war, and are moving to shift away from their reliance on Russian energy. Canada’s decision to return the turbines is an “essential piece” in ensuring continued support for Ukraine, Trudeau said.

Governments not only need to continue their aid for Ukraine, “but populations in our countries (must) continue to support their governments stepping up with billions of dollars of support in military and financial and humanitarian support for the Ukrainian people while they lead this essential fight against tyranny and oppression.”