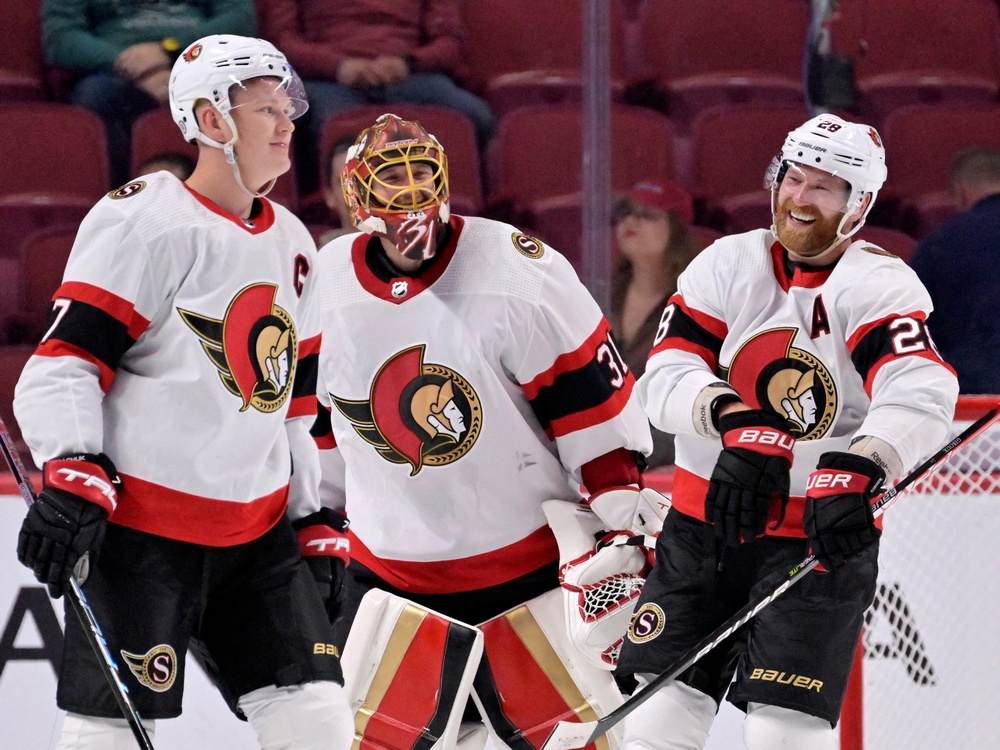 BUFFALO — It’s been an off-season of change for the Ottawa Senators.

When they step on the ice Thursday night against the Buffalo Sabres to open the year at the KeyBank Center, there will be 10 different names on the roster than the one that started the 2021-22 campaign against the Toronto Maple Leafs.

Normally, you would call those wholesale changes, but that’s not the case because the core of this group is intact and will be a for a long time. The rebuild that started in February 2018 is about to enter another phase and this group wants to take the next step.

“Everyone knows that we have to take a step here,” coach D.J. Smith said this week. “But that’s easier said than done. Every single team, outside of a few that have tried to bottom out and is in a complete rebuild, everyone’s looking to take a step.

With those thoughts in mind, here are some storylines to watch as the year begins:

Acquired in a deal with the Chicago Blackhawks, the two-time 40-goal scorer had good success in the pre-season. He needs to carry that into games that matter and help the power play.

The 24-year-old DeBrincat wants to be here and he fits in well with this group.

“I honestly felt like there weren’t many places that were a better fit for me. I look at the roster, the young talent, the skill and speed they play with — that’s where I feel like I thrive,” DeBrincat wrote in The Players’ Tribune this week. “And since I’ve been here, I’ve felt the vibe of the city and the team. I know Sens fans have a bit of a chip on their shoulder.

“I know they’ve been overlooked a lot for other Canadian teams, especially the other team in our province. I think even this year people aren’t respecting the talent we have. I’ve played with that same chip my whole life. I get it. And I love proving people wrong.

Claude Giroux wanted the chance to be with a contender when he decided to test unrestricted free agency in July. He found one right in his own backyard.

The 34-year-old former captain of the Philadelphia Flyers grew up in the Ottawa area and has a chance to be part of helping this team get to the next level. He’s played more than 1,000 games in his NHL career and is going to help the Senators in all aspects of the game.

An area to keep an eye on with Giroux is in the faceoff circle. He’ll score big goals, he’ll set up his linemates, but he’ll also work with the likes of Stutzle, Norris, Shane Pinto and Mark Kastelic on taking faceoffs. That’s a big part of the game.

Signed to a three-year deal, this has the chance to be a good match for both sides.

The Senators discussed the possibility of getting a blueliner to play the right side in the top four, but in the end couldn’t find the right fit.

This area will be a work in progress, but the Senators are confident the players they have back there right now will be able to get the job done. Could that opinion change? Of course, and we’ll see where this goes once the puck is dropped for real.

We can say with certainty that Sanderson will be a nice addition. The No. 5 overall selection in the 2020 NHL draft, the University of North Dakota product will suit up for his first NHL game in Buffalo and he’s shown maturity in camp.

The Senators like his awareness in his own zone defensively and the offence will come.

This is the biggest question everybody wants answered.

The Senators have not made the post-season since they went to the East final against the Pittsburgh Penguins in 2017 and they’d love to get back there next spring.

According to bet365, the Senators are plus-210 to make the playoffs.

General manager Pierre Dorion brought in DeBrincat, Giroux and goaltender Cam Talbot because this organization wants to get to the next level. The Atlantic Division is tough with the likes of the Toronto Maple Leafs, Tampa Bay Lightning, Boston Bruins and Florida Panthers.

If the Senators can stay healthy, they should have a chance to compete. Instead of trying to promise a playoff spot, the club is tempering expectations by focusing on meaningful hockey in March and April. That scenario would be a good start for this team.

We’ll know a lot more about the Senators after 20 games, but if all goes well they’ll be in the mix.