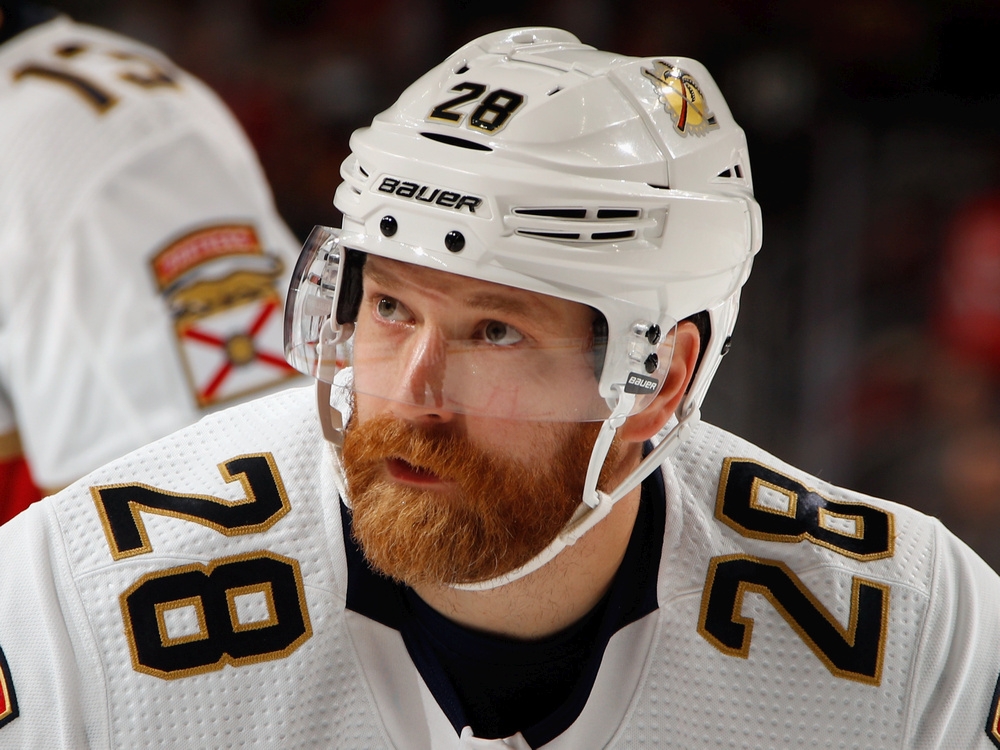 The fireworks in Ottawa are normally reserved for Canada Day.

The way Ottawa Senators general manager Pierre Dorion has been working this summer, we may see a few over the Canadian Tire Centre on Wednesday.

The NHL’s lucrative Free Agent Frenzy begins at noon and there’s been no shortage of talk that the Senators will go big-game hunting, with Florida Panthers forward Claude Giroux at the top of their wish list when the signings officially begin.

The possibility has been talked about for months and nobody should rule it out becoming reality. Those connected closely with the 34-year-old Giroux, who makes his off-season home in Ottawa, believe the Senators have a realistic chance of signing him.

We’ve been told Giroux is interested and intrigued by the possibility of playing with the Senators. Why wouldn’t he? The Senators had a difficult season, but they’ve got plenty of upside potential and he can make an impact, especially with the young players.

If Dorion wanted to send a message he’s serious about making the playoffs next spring, he sent a huge one by acquiring two-time 40-goal scorer Alex DeBrincat from the Chicago Blackhawks last Thursday in exchange for three draft picks.

After suiting up for his 1,000th game with the Flyers, Giroux was moved to the Panthers at the deadline to have the opportunity to try to win a Cup. Florida would like him back after a Round 1 exit, but doesn’t have the cap space to make it happen.

The Senators, Carolina Hurricanes and Edmonton Oilers have been mentioned as possible destinations for Giroux. What would it take to sign him? There’s been some speculation a three-year deal in the $6 million per season range is possible, but that’s a guess.

No, Giroux wouldn’t be the captain in Ottawa because the “C” belongs to Brady Tkachuk, but he’d still have a big role here by supporting the leadership group that includes alternate captain Thomas Chabot.

He’s one of the best players in the faceoff circle in the NHL. He finished last season ranked 13th in the NHL with a 60.3 per cent  winning percentage. By comparison, Boston’s Patrice Bergeron was No. 1 at 61.9.

Can you imagine Ottawa’s young centres — Josh Norris, Tim Stuetzle, Shane Pinto and  Mark Kastelic  — having the chance to spend every day after practice working with Giroux on how to be effective when taking a draw?

The key here for Giroux is the pieces are in place to help this club to get to the next level and he’d be welcomed with open arms. The club also has Drake Batherson and Alex Formenton, and prospect Jake Sanderson coming.

Acquiring a two-time 40-goal scorer is a message to UFAs like Giroux that Dorion and the Senators are serious about making the playoffs next spring. Work is being done to bring in a right-shot defenceman and the club has been aggressive in its approach.

If you don’t know it by now, coach D.J. Smith has excellent communication skills and he’s willing to listen, and if Giroux has ideas they won’t fall on deaf ears with this coaching staff.

The Senators will roll out the welcome mat for Giroux if he decides to play in his hometown and it likely won’t take long to find out if the dream of him coming to Ottawa will be a reality.

The Senators head into free agency focused on a forward, but they’ll also looking for help on defence.

Dorion will try to upgrade that area either through a trade or free agency.

He’s held talks with several teams about different possibilities. As reported in this space last week, the club has kicked tires on Ottawa native MacKenzie Weegar of the Panthers. His future is in doubt there because he requires a contract extension and that may not be a fit for Florida.

Weegar has a year left on his deal and it’s hard to know what his expectations will be in contract talks. He’s close friends with Giroux and could help, but nobody is sure where the Panthers are going to go with Weegar, but talk is all over the place he may be be moved.

Talk has linked the Senators to Pittsburgh Penguins defenceman John Marino, but he has five years left on his deal. Not certain that term will work for Ottawa because they do have Sanderson, Jacob Bernard-Docker and Lassi Thomson coming on the blueline.

Arizona Coyotes blueliner Jakob Chychrun remains on the radar screen of several teams, including the Senators. Not sure about the level of interest, but they’d have some.

The free agent market doesn’t have a whole lot of right-shot defencemen, but there are options.

Dallas’ John Klingberg is expected to go to market along with Colorado D Josh Manson. He has been linked to the Anaheim Ducks, but Manson would be a nice option for anybody. Local blueliner Calvin de Haan is also available so we’ll put his name in here because he’s from Ottawa.

If a move happens, the Senators will likely try to get veteran D Nikita Zaitsev off the books by dealing his contract. He’s a veteran who can help so the Senators should have options.

The Senators have cut ties with Michael Del Zotto.

Unable to deal the 32-year-old veteran defenceman, the Senators placed Del Zotto on waivers Tuesday at noon for the purpose of a buyout. Once he clears at noon Wednesday, he’ll be able to shop himself around as a UFA when the market opens.

After signing a two-year deal worth $2 million per season, Del Zotto wasn’t able to find a role on the club’s back end. He finished with three goals and 13 points in 26 games. He spent part of the season with Belleville and it makes no sense to bring him back.

That decision had to be made by noon Tuesday because it was the last day Del Zotto was eligible to be put on waivers for the purpose of a buyout before the first window closed.

This followed on the heels of the club deciding to waive centre Colin White last week and buying out the final three years of his deal. Both players will be able to shop themselves around as UFAs Wednesday and the 25-year-old White may sign with the Montreal Canadiens.

There’s a lot of interest in winger Connor Brown.

Word surfaced last month he won’t sign an extension with the Senators as he heads into the final year of his contract and since then there’s been a lot of trade activity. The Edmonton Oilers have always liked Brown and, of course, he played junior in Erie with Connor McDavid.

Don’t think the Senators are in a rush to trade Brown. It makes sense for Dorion to listen, but that doesn’t mean he won’t be at camp. There is no pressure on the Senators to make this decision right now and he could have as much value at the deadline as he has right now.

Where are all the experts who stated Dorion couldn’t trade Murray?

Not only did the Senators deal the 28-year-old Murray once, Dorion actually traded him twice.

The first deal was to the Buffalo Sabres with a No. 7 selection in Thursday’s first round in exchange for No. 16 overall. That pick would have been flipped to the Hawks for DeBrincat, but Murray’s decision not to shuffle off to Buffalo ended up being helpful in the long run.

Dorion hit a home run by sending three draft picks to the Hawks for the two-time 40-goal scorer and didn’t even have to give up a prospect in return. Once that deal was done, the organization focused on getting Murray off the books.

As the late legendary crooner Dean Martin noted in his hit tune Everybody Loves Somebody, you just have to find the right dance partner. Dorion found that Kyle Dubas was willing to take the gamble and put his job on the line, so the Toronto GM had better hope Murray can find his game.

You can criticize Dorion for making the move to get Murray in the first place, but find someone who didn’t like the idea of bringing in a two-time Stanley Cup champion at the time? We knew the first two years could be tough, however he just wasn’t able to stay healthy or find consistency.

Dorion decided he was going to find a way out of this, and let’s be honest, giving up a third-rounder in 2023, a seventh in 2024 and getting nearly $12 million off the books to deal Murray is a fine piece of work.

Dubas has a history with Murray and believes he can carry the ball to help the Leafs get to the next level. The Leafs weren’t the only teams interested in Murray — the Edmonton Oilers and Washington Capitals both kicked tires.

“I’m just super excited,” Murray said Tuesday. “My time in Ottawa, I don’t think it went as anybody had expected. But at this point in time, I’m really just focusing on the present and the near future.

“It’s a heck of a group. I mean, there’s so many great players on this team. And obviously they’ve had a lot of success in the last couple of years.”

This should be a lesson to those who kept saying the Senators “will never get this contract off the books” and nobody “will ever take Murray” that you should never say never because it usually comes back to bite you in the butt.