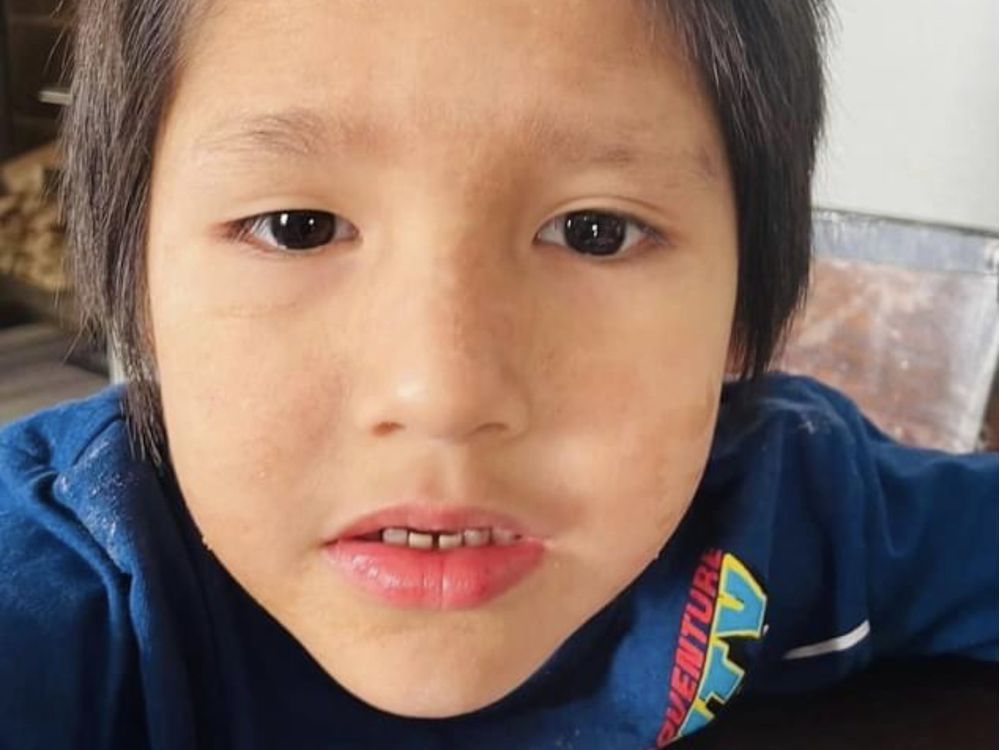 Frank, who was due to start Kindergarten in the fall, was a creative little boy who loved hugs, dancing and playing with his siblings.

The day after Frank Young’s body was recovered from the river on Red Earth Cree Nation, his family, loved ones and Elders took boats out to the site where he was found.

They said prayers and brought handfuls of ribbons to tie in his memory — orange, for Every Child Matters; blue, for Paw Patrol, his favourite show; and white, for his short and innocent life.

“Frank led a sinless life,” said his grandmother, Theresa Whitecap. “He didn’t know what sin was. It was a pure innocence.”

She said Frank, who was due to start Kindergarten in the fall, was “always eager to go to school” and was a creative little boy who loved hugs, dancing and playing with his siblings.

On Sunday, after an 81-day search, his body was found in the river barely two kilometres from his home.

RCMP are still investigating, but have found no indication of suspicious circumstances.

Carrot River RCMP detachment commander Richard Tonge said, the area where Frank’s body was found had been searched multiple times and responders had access to sonar and an underwater drone, but conditions at the river made for hard going.

“The water is high, so there’s not a very defined bank to the river right now,” he said. “Trees have fallen into the river — and this has occurred over years — so there’s quite a bit of deadfall under the water. There’s trees leaning into the water at this point.

“And, despite our best efforts and using cutting-edge technology, nature is powerful. Even (now), sometimes our technology cannot overcome nature.”

At a Tuesday news conference, Whitecap thanked all the leaders, volunteers and supporters who worked so hard to find her grandson after he went missing in April.

People from all over Canada, and as far away as New Zealand and Rwanda, reached out to ask for updates and send their prayers and well wishes.

“They came from all walks of life to come and give us support,” she said.

The family can now start the long process of healing, she added.

“Yesterday, during the healing circle, I said that Frank’s chapter is closed because he has moved on to the spirit world. And the next chapter of his life is going to start tomorrow, as we prepare his final resting place. That will be the second chapter of his life, when we go say our final goodbye to him on Friday.

“Each and every one of us are very hurt, heartbroken, knowing that we will not see Frank.”

Whitecap said the family will hold a wake service for him at Red Earth Cree Nation on Wednesday, then will take his body to Shoal Lake, where he will be buried in the Shoal Lake cemetery on Friday.

Chief Fabian Head of Red Earth Cree Nation offered his condolences to everyone who knew and loved Frank, and said they never gave up hope, even as the search went on for weeks and months.