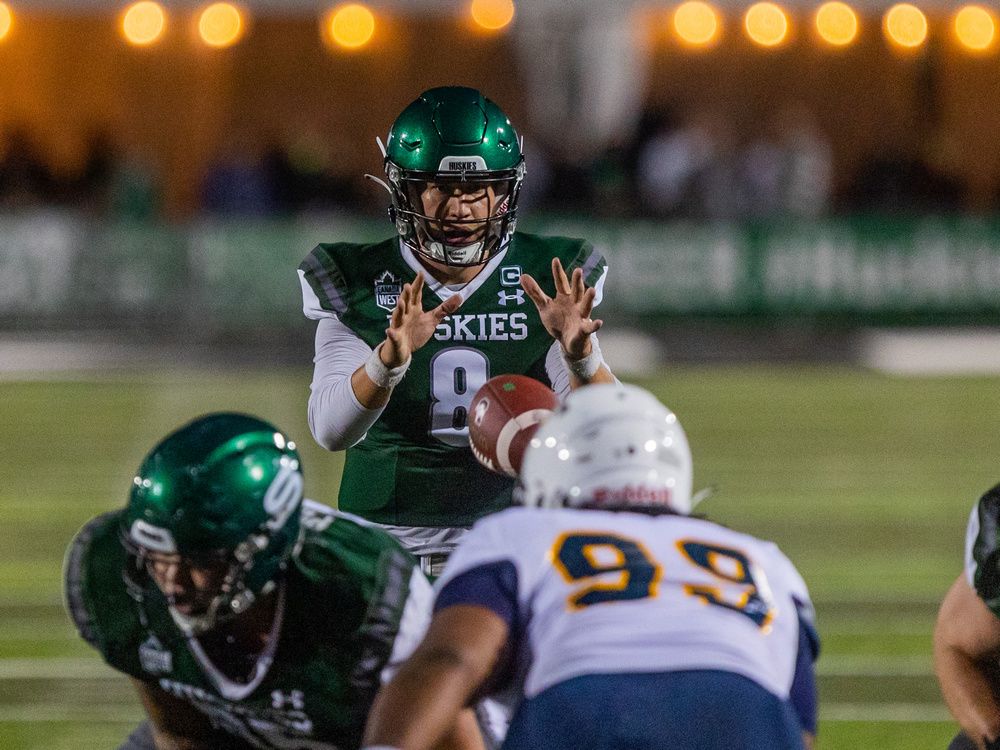 Canada West’s only unbeaten football team — a tag made possible by a clutch last-minute drive this past weekend — is Alberta-bound.

The University of Saskatchewan Huskies, who improved to 3-0 on Saturday when they edged the host Regina Rams 11-10, will try to stretch their win streak against the Alberta Golden Bears.

Here’s some things to know heading into Friday’s game, which will be played at 7 p.m. in Edmonton.

Huskies’ linebacker Nick Wiebe was named national defensive player of the week after recording seven tackles during the win over the Rams. He also deflected a third-quarter pass that led to a Saskatchewan interception, and eventually their first lead.

Huskies’ kicker David Solie — whose 32-yard field-goal with two seconds to play sealed the victory — was a runner-up for national special-teams player of the week.

The Huskies, who staged a last-gasp drive to beat Montreal in last year’s national semi-final, did the same thing on Saturday against the Rams, albeit in less pressure-packed circumstances.

They scrimmaged the ball from their own 36 with 1:28 on the clock, and trailing 10-8. They then moved 49 yards in seven plays, setting up Solie’s 32-yard field goal.

The Golden Bears jumped into the national top-10 this week after toppling Calgary 34-23. They earlier lost 30-21 to British Columbia, and beat Manitoba 34-11.

The Huskies, ranked No. 2 nationally behind Western, beat Calgary 44-5 and UBC 29-10 before squeezing past Regina.

Alberta leads the conference with 89 points scored through three games — Saskatchewan is second with 84 — and the Huskies have allowed a league-low 25 points, with just two touchdowns surrendered.

Huskies’ tailback Ryker Frank, who stepped in as the starter after Josh Ewanchyna’s Week 1 knee injury, leads the conference with 42 carries for 268 yards.

The Huskies top the conference with their 3-0 record, followed by Alberta and Regina at 2-1. Manitoba and UBC are 1-2, and 0-3 Calgary continues to seek its first win.

Regina visits UBC in Friday’s other game, and on Saturday, Manitoba hosts Calgary.

The Huskies will play their second home game, and first since Sept. 9, next Friday night against Manitoba. They beat the Bisons 45-17 in last season’s Canada West championship game.