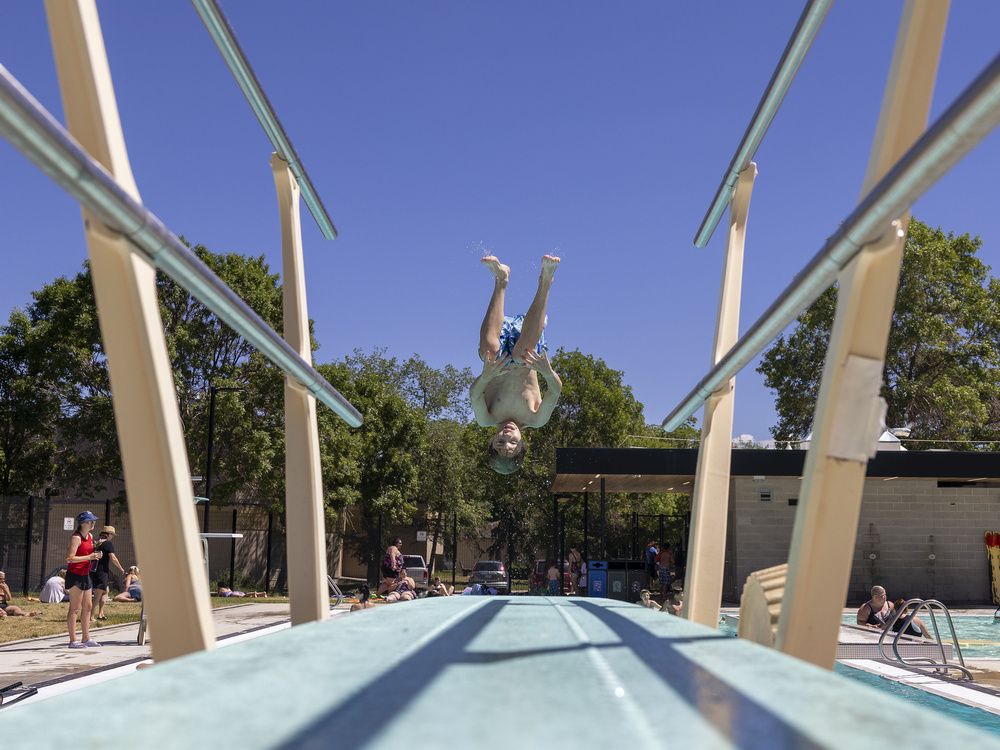 The first extended stretch of heat is upon Saskatchewan as temperatures could range from the high 20s to low-to-mid 30s, says Environment Canada

The warmth blanketing much of western Saskatchewan will build in two parts, with a brief, cool reprieve sometime Wednesday and into Thursday, according to Environment and Climate Change Canada meteorologist Terri Lang.

“There will be initial heat probably on Wednesday. That’ll be cut down a little bit by a cold front that’s going to move through late Wednesday to Thursday, so we’ll have a couple seemingly cooler days,” Lang said Monday.

“Then forecast is for the heat to build back in for the weekend and it will probably be more intense the second time around,” she added.

Heat warnings blanketed the west half of Saskatchewan on Tuesday as temperatures hovered just under 30 C that afternoon. Lang said humidex could hit the low 30s but once the weekend rolls around, that could rise to low-to-mid 30 C range.

“I think for the second portion, the weekend, I think we’ll probably see more extensive heat warnings,” Lang said, referring to it as the first extended stretch of heat this year.

A ridge of upper-high pressure will cover most of western Canada. Most of Saskatchewan will see warmer temperatures as a result but it will be more pronounced in the southern portion of the province, she said.

The brief cool down will still be warm but there will be slightly drier and cooler air with the temperature hovering in the high 20s. Lang said there is a chance of a storm rolling through Wednesday night and the tail end of the weekend.

At one point Tuesday, there was were heat warnings from the La Loche, Clearwater River Provincial Park and Cluff Lake area all the way down to Shaunavon, Maple Creek, Val Marie and Cypress Hills near the U.S. border.

People should take precautions like drinking water, seeking shade and avoiding outdoor work during the hottest points of the day.