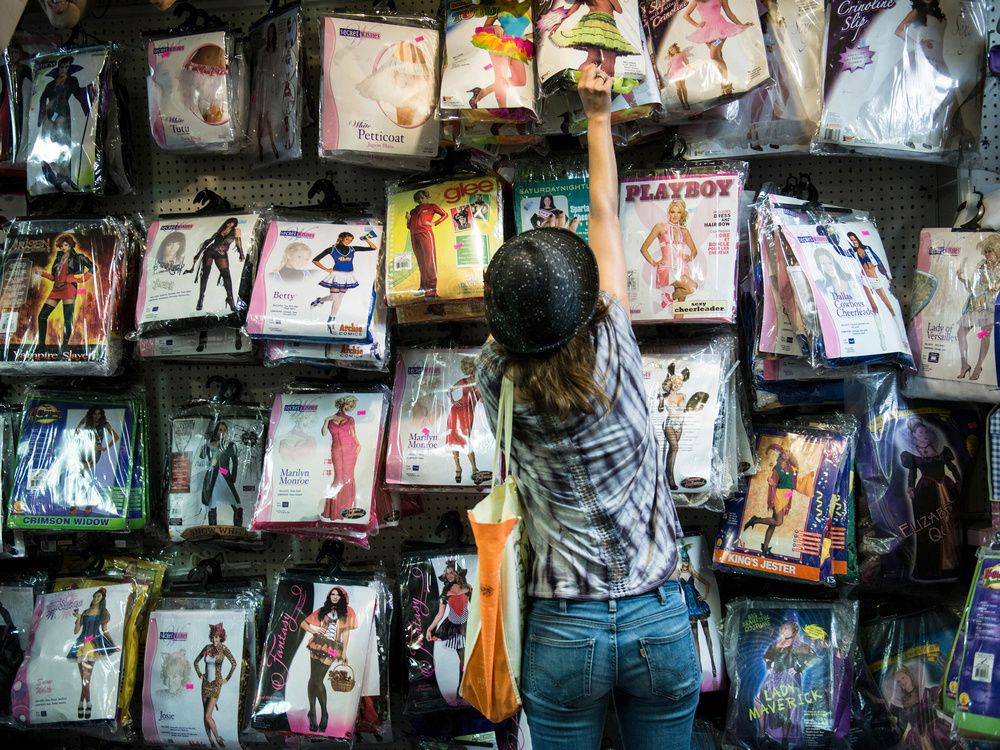 Quebec’s professional order of nurses (known by its French acronym, the OIIQ) put out a PR push and social media campaign this week asking people not to dress up as “sexy nurses” for Halloween. They reason that it hurts the perception of a profession where women form an overwhelming majority.

Luc Mathieu, the president of the order, is encouraging people who wish to dress up as a nurse this year to opt to wear actual scrubs rather than skimpy, sexualized nurse costumes being sold. He also indicated that he hopes to use Halloween to talk about how nurses are often depicted in popular culture.

To make its point, the organization posted a video online on Monday.

As part of the initiative, to encourage people to dress as actual nurses, a series of PR packages were sent earlier this week to certain nurses in Quebec who are known to be active on social media. One Montreal nurse — Mélanie Jade Boulerice — took to social media to share her outrage at what she described as a “PR move gone wrong.” She received what she described as “a pair of white, see-through scrubs that did not fit her, along with an inferior quality medical mask.” To her, this seemed like a waste of money. And she said that other nurses she spoke with felt that it added insult to injury.

Maybe I’m missing something, but so far as I can see, nurses don’t have an image problem. Our society views them, along with doctors, with incredible respect and appreciation, if even that’s not how our government treats them. There is no question that nurses deserve better working conditions, and an end to things like obligatory overtime.

While I understand the sentiment behind the PR push, and I am 100 per cent for women not being objectified in any capacity, this is Halloween. It’s a time for those who celebrate it — including adults — to have fun, dress up and enjoy themselves.

In recent years, there have been controversies around certain sorts of costumes, for example, ones portraying Indigenous people, slaves, terrorists or Rastafarians and ones that involve blackface. Shunning such costumes makes sense to me, as these generally stereotypical portrayals are offensive to those who are members of the cultures and traditions in question, and in some cases what is involved is cultural appropriation. It’s also worth noting that those dressing that way rarely are members of the culture being portrayed.

Sexualized costumes are in a different category. Women are the ones who wear nurse costumes. If a woman chooses to sexualize her body on Halloween, that’s her choice. And nursing certainly does not have a monopoly on adult costumes for women that are sexualized. A quick trip to the adult section of any Halloween costume store can confirm that.

While such costumes might not be my cup of tea, I, for one, am not going to tell other women what to wear.

Nurses are the backbone of the medical system. If anyone had any doubt about the importance of nurses’ contribution to the health-care system, those would surely have been put to rest during the pandemic. We saw our health-care system burst at the seams when thousands of hard-working, intelligent, capable nurses did not show up for work due to COVID.

I think that the order of nurses can take heart that if some women choose to dress like “sexy nurses,” this won’t put a dent in the stellar reputation that members of the profession have.

Fariha Naqvi-Mohamed is the founder and editor in chief of CanadianMomEh.com, a lifestyle blog.