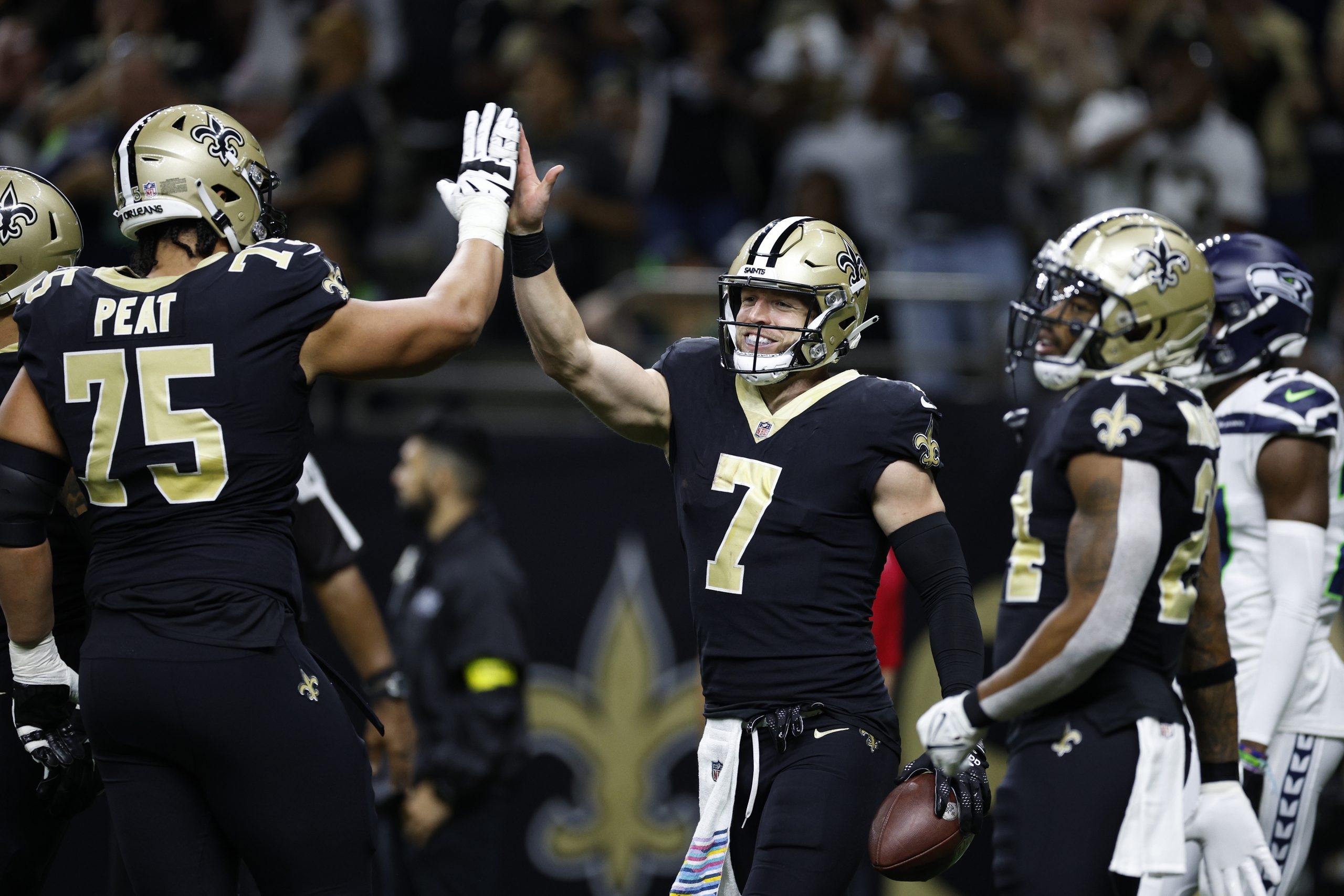 The best and the worst of fantasy football in NFL Week 5.

Had already cleared 300 passing yards before the first half ended en route to a blowout win.

He has now found the endzone five times in the past two games after being shutout over the first three.

Led the Bucs with 11 targets and 10 receptions, ending up with 24 touches on the day.

Got off to as good of a start as possible – scoring a 98-yard touchdown.

Picked up his first two scores of the season

He was the Saints’ Swiss Army knife, routinely coming up with big plays in key situations.

Even with Micah Parsons ailing, the Cowboys defence applied the pressure on the Rams.

Couldn’t do much against a Pats defence prepared to take away the short stuff.

It’s starting to look like this season is going to be a struggle for the sophomore.

Didn’t catch either of his two targets and was out-touched 19-1 by Raheem Mostert.

After catching three balls on the opening drive, Brown didn’t have a reception for the rest of the game.

With one catch against the Texans, he now has a total of three over the past two games.

A second straight rough outing for the sophomore. Looks like he might need Tua to really shine.

I HOPE YOU STARTED

With Jahan Dotson out, it was Dyami Brown who took over the rookie WR’s role and put up quite similar numbers. The Washington backup had two catches which both went for TDs and a total of 105 yards. That was good for an excellent 23.5 points this week.

Tevin Coleman joined the 49ers practice squad a couple of weeks ago but has now become Jeff Wilson Jr.’s backup. He got some decent work in the blowout win, racking up 67 total yards and two TDs for a smooth 20.2 points.

To get the latest fantasy updates throughout the season, be sure to sign up for our newsletter at You’ll even get the ’10 Commandments of Fantasy Football’ as a bonus!