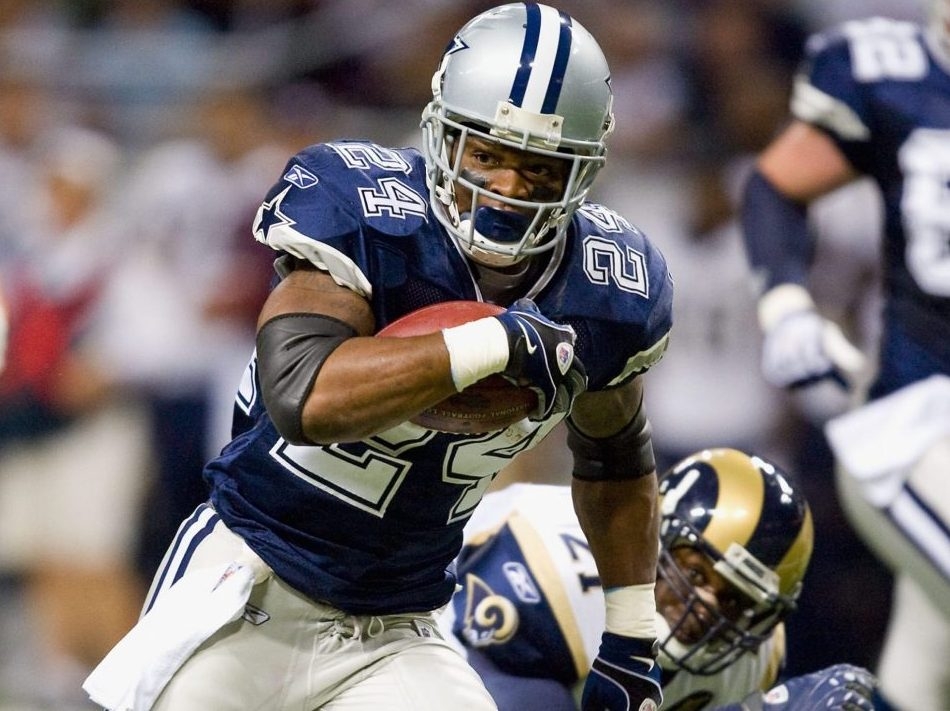 Barber was 38 years old, just nine days from his birthday.

According to the Fort Worth Star-Telegram, authorities discovered his body when performing a “welfare concern” check at his residence. No further details or cause of death were released.

“We are heartbroken by the tragic death of Marion Barber III,” the statement read. “Marion was an old-school, hard-nosed football player who ran with the will to win every down. He had a passion for the game and love for his coaches and teammates. Our hearts go out to Marion’s family and friends during this difficult time.”

Originally chosen by Dallas in the fourth round of the 2005 NFL Draft out of Minnesota, Barber became a fan favourite for his physical running style and knack for finding the end zone. Despite starting just three of his 45 games over his initial three seasons, Barber posted a remarkable 33 touchdowns – including 29 on the ground (tied for fourth-most in the league).

He scored 16 times as an NFL sophomore in 2006 (14 rushing, third-most in NFL) before earning Pro Bowl honours in 2007 despite not starting a game for Dallas that season. Barber put up a career-high 975 rushing yards with 10 scores, adding 44 catches and another two scoring catches.

He became a starter in his fourth season, recording 885 yards and seven TDs on the ground along with a career-best 52 receptions. His 47 rushing touchdowns as a Cowboy rank fourth in franchise history, behind only Hall of Famers Emmitt Smith and Tony Dorsett as well as Ezekiel Elliott.

After six seasons with the Cowboys, Barber played his final season with the Chicago Bears in 2011. In his seven years in the league (99 games, 42 starts), he amassed 4,780 yards and 53 scores on the ground and added 179 catches for 1,330 yards and six receiving scores.