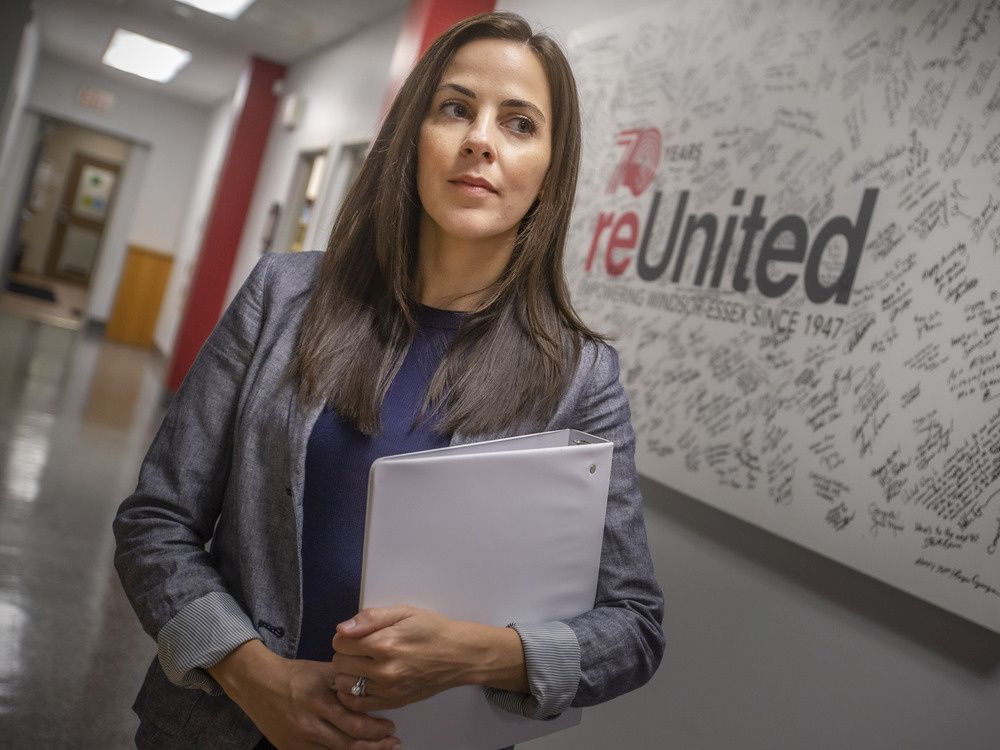 The proportion of local area residents living on low incomes has declined across all age groups, according to the latest federal census data, but more than one in five children and youth in Windsor are still being raised in low-income households.

“While we’ve made some progress on our low-income numbers, we still have one in seven children in our region growing up in low-income households and facing barriers related to income,” said Alicea Fleming, vice-president of community impact at United Way/Centraide Windsor Essex County.

“So we’ve made some progress but we have a long way to go in terms of tackling this really challenging situation around childhood poverty,” she said.

Statistics Canada released data Wednesday on families, households and income from the 2021 Census of Population. The data show that the rate of people living on lower incomes declined across all age groups in Windsor and Essex County between 2015 and 2020 but that 21 per cent of children and youth in Windsor are living in low-income households.

Of note, however: government transfers in the form of income supports doubled in 2020 as part of the country’s response to the COVID-19 pandemic and its impact on the economy.

The report shows a snapshot of a point in time and doesn’t necessarily reflect all of the current challenges within the community, said Fleming, but it offers valuable information for the region.

“This data is important, as is all census data, because, of course, it allows us to monitor various socio-economic issues and track patterns in our community across population groups,” she said. “That includes trends in poverty and income inequality.”

Low-income level is defined by after-tax income with the threshold adjusted based on household size. For example, for four individuals in a household — two parents and two children — the low-income threshold is $53,100.

The rate of people living in low income declined across all age groups across Windsor and Essex County.

“So that means that, currently in our region, one in seven children are still living in low-income households,” Fleming said.

Seniors, age 65 and up, are faring better.

“Seniors in Windsor and Essex County have a lower rate of low income at 11.5 per cent compared to Ontario, which is 12 per cent, and Canada, which we’re seeing is 15 per cent,” Fleming said.

When gender is brought into the equation, 5.9 per cent of men and 6.4 per cent of women live at the low-income level.

“So a significant portion of one-parent families in our region are led by women,” Fleming said. “What this tells us, when we put this data together, is that while household incomes have risen for families with two parents, we don’t see that trend hold true for one-parent households.

“This further illustrates that women are disproportionately impacted by economic challenges such as the recent rise in inflation.”

Since the latest census data were collected in May of 2021, the inflation rate has doubled to seven per cent from 3.5 percent, the largest yearly increase over the past 40 years, and many of the COVID-19 government transfers for income support have ended.

Government transfers in the form of income support doubled in 2020.

“To some degree, the changes that we’re observing in the market income and government transfers and poverty rates were likely temporary as a result of those COVID-related income support measures.”

Fleming said one of the things learned from the data is the effectiveness of government transfers, government investment in social programs and in income support programs.

“We’ve seen that we’ve lifted families out of poverty with the supports that have been provided due to COVID-19,” she said. “What we need to do is ask that all levels of government — provincial, federal and even municipal — invest in longer term, sustainable programs and supports for families.”