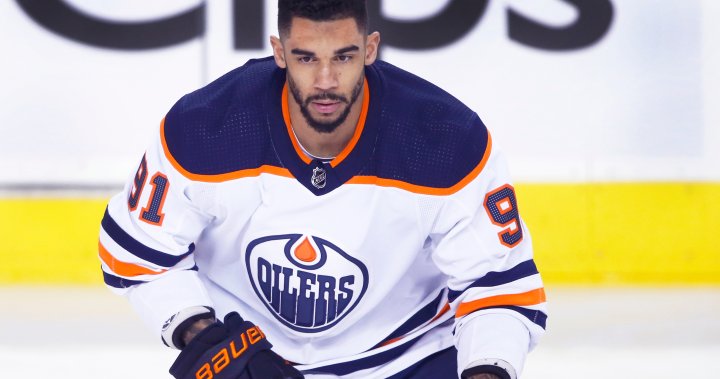 Evander Kane is staying with the Edmonton Oilers.

The left winger announced on social media very late Tuesday evening he signed a four-year deal with an average annual value of $5.125-million. He would have become an unrestricted free agent at 10 a.m. MT Wednesday.

“A big part of my decision to stay in Edmonton was because of the opportunity given to me only 7 months ago but also the chance to be a part of a championship team. I want to win, and I believe after signing this deal we will be able to add the right pieces along with myself to accomplish that goal, a championship,” Kane wrote.

“I want to thank the Edmonton Oilers for giving me an opportunity to REMIND people who I am as a player and person,” he also wrote in his post.

Kane was available at the time because the San Jose Sharks has terminated his contract. He’s filed a grievance against the Sharks which has yet to be resolved.