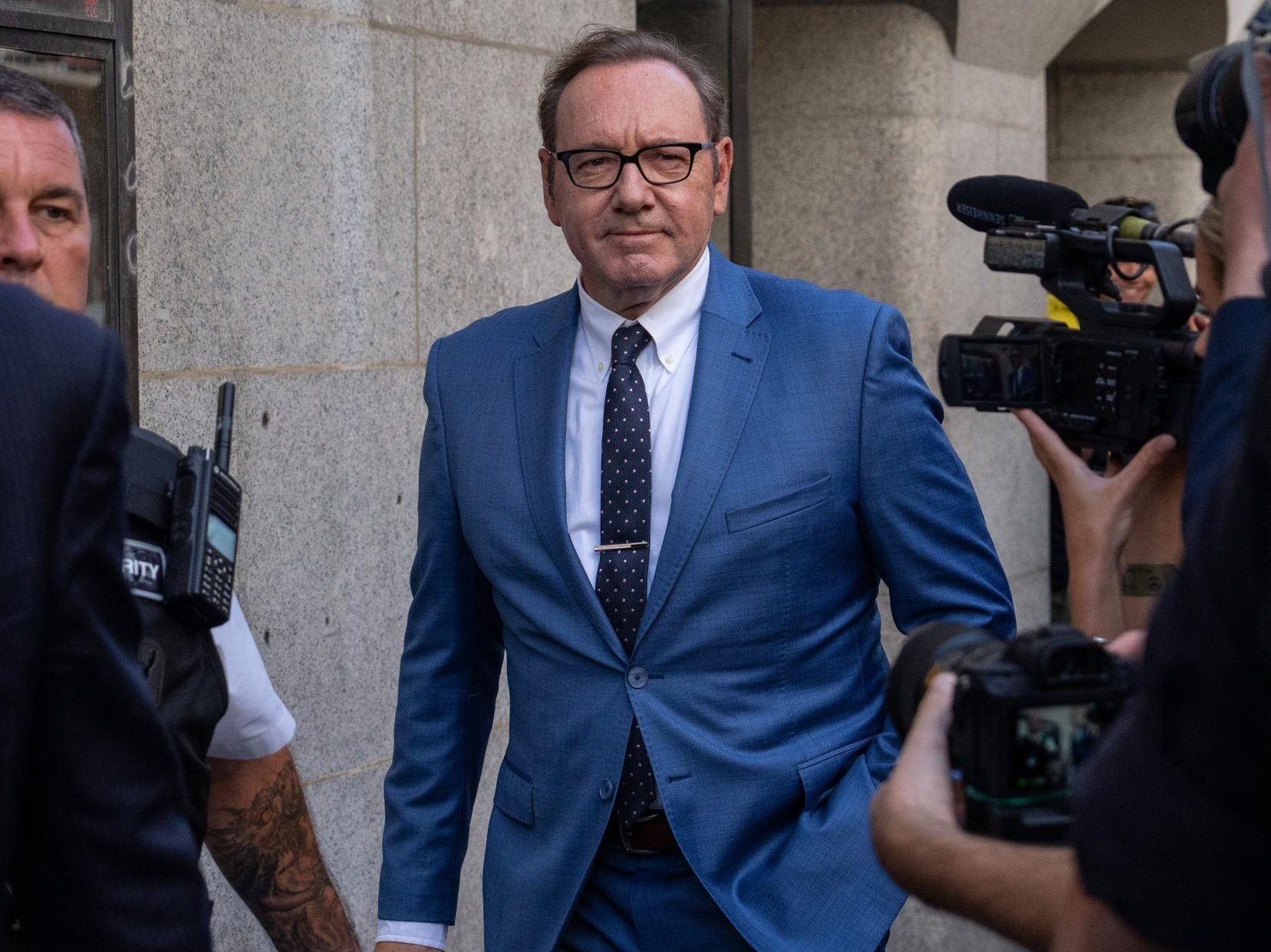 NEW YORK — Actor Anthony Rapp testified Wednesday that he decided to publicly reveal a 30-year-old encounter with Kevin Spacey because he knew he wasn’t the only person Spacey had made inappropriate sexual advances on.

Rapp became emotional and his voice shook as he commented in response to a question about his motivations, posed by one of his own lawyers near the end of his third day of testimony in the civil sex abuse lawsuit he brought against Spacey in Manhattan federal court. Rapp is seeking $40 million for psychological injuries.

“I came forward because I knew I was not the only one who Kevin Spacey made inappropriate sexual advances to,” Rapp said.

An objection led Judge Lewis A. Kaplan to quickly announce that the comment would be stricken from the record. The jury has not been permitted to hear most other claims made against the Oscar-winning Spacey, 63, who was popular on the Netflix series “House of Cards” before a series of sexual claims derailed his career in 2017.

Afterward, Rapp elaborated on his claim that a 26-year-old Spacey lifted him onto a bed after a party at his Manhattan apartment in 1986 and pressed his clothed body against the clothed body of Rapp, then 14, before he squirmed out and ran into a bathroom before leaving the apartment.

“It was something that happened to me that was not ok,” Rapp said.

Defence attorney Jennifer Keller finished her cross examination of Rapp by attacking his credibility on the impact he claimed his encounter with Spacey had on the rest of his life. Rapp, 50, is a regular on “Star Trek: Discovery” on television. He was part of the original Broadway cast of “Rent” and has performed in movies including “Adventures in Babysitting.”

Keller noted he had told a therapist that after the Spacey encounter, he sought out sexual attention.

“Yes,” Rapp responded. He said he began to be aware of people’s attention toward him in ways he hadn’t before.

Keller then asked if it was unusual for someone going through puberty to gain an interest in sex.

“Don’t you think that after boys go through puberty, they develop an intense interest in sex? Come on, Mr. Rapp,” she said.

“What is the question? It’s not that simple,” Rapp responded.

Later in the day, Lisa Rocchio, a forensic psychologist who examined Rapp, testified he had experienced “a tremendous amount of shame, guilt and confusion” after his encounter with Spacey. Rocchio was expected to return to the witness stand Thursday morning.

The Associated Press does not usually name people alleging sexual assault unless they come forward publicly, as Rapp has done.