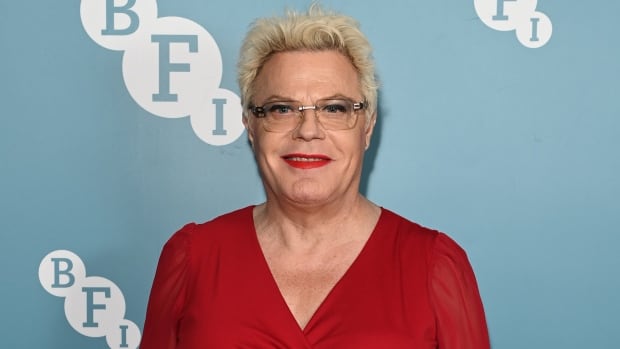 As It Happens6:30Eddie Izzard has been waiting 37 years for people to ‘calm down’ about her gender

When comedian Eddie Izzard first announced she was running for office in the U.K., she concluded her campaign launch video with an afterthought: “Oh yes, and I happen to be trans.”

That’s still how she feels about it, as she comes under fire by politicians inside and outside her own party over her gender identity.

“I play the piano as well. People aren’t going on about that. Not getting so much abuse about playing the piano,” Izzard told As It Happens host Nil Köksal.

“I have blue eyes. These things don’t matter. Hopefully, in time, everyone will calm down.”

Izzard — a veteran British comedian, actor and activist — is vying to become the Labour Party candidate for Sheffield Central in the U.K.’s next general election. She’s one of six long-list candidates running for the position.

Coming back to Sheffield

Izzard admits that for most of her career, she hasn’t called Sheffield home. She credits local activists for working to improve the community while she toured the world doing stand-up in several languages, appearing in Hollywood movies, and running hundreds of marathons for charity.

But the South Yorkshire city is the place where Izzard got her start in the creative arts. She first moved there decades ago to study accounting and financial management, but quickly dropped it in pursuit of drama and comedy.

“Sheffield supported me when I started my creative career, so I wanted to come back and support Sheffield,” she said.

“They’ve always been good with me, for me, and I’ve always tried to reciprocate that. And I found the people in the streets are very encouraging. Sheffield people from all walks of life just said, ‘Go on, go for it, Eddie.'”

Izzard has been eyeing a political career for more than a decade. She tried to run for the Labour Party in 2019, she said, but a seat wasn’t available. So when an opportunity presented itself in her old stomping grounds this year, she jumped at the chance.

According to her campaign website, her priorities for the riding include creating good employment opportunities, improving education, funding public health care and pursuing climate justice.

She told CBC she wants to use her international profile to make Sheffield “brighter, bolder [and] stronger on the map,” and described herself as both “a radical and a moderate.”

“I do radical things with a moderate message,” she said. “And I just think moderates quite often don’t go in [to politics] because it’s so brutal, and I thought I should go in.”

But her candidacy comes at a time of high-profile debate in the U.K. over transgender rights, including inclusion in conversion therapy bans, the process for legal gender change, and access to gender-confirming health care for youth.

Hate crimes against transgender people have more than doubled over the last year, according to the U.K. Home Office, a fact that trans rights advocates have attributed to an increase in anti-trans rhetoric.

Since Izzard announced her Labour candidacy, she has been on the receiving end of that rhetoric more than once.

Rosie Duffield, the Labour MP for Canterbury, recently said that if misgendering someone were a crime, she would rather be arrested than call Izzard a woman. And Lee Anderson, Conservative MP for Ashfield in Nottinghamshire, referred to Izzard using male pronouns during a recent interview, and suggested he wouldn’t want to to be “following” the comedian “into the toilets.”

Neither Duffield or Anderson responded to requests for comment from CBC.

Izzard says she finds it baffling that people still take these kinds of shots at her. She’s been wearing makeup and women’s clothing throughout her career. She first started publicly using she/her pronouns in 2020, but has been out as gender-diverse in some capacity since 1985, at first referring to herself as a “transvestite,” and later updating her language to gender fluid and transgender.

“So everyone’s had 37 years’ notice, but some people are transphobic and they don’t want trans people to exist,” Izzard said.

Izzard says she believes transphobic viewpoints are not as widespread media coverage leads people to believe, and strongly suspects the vast, vast majority of people have no problem with her gender identity.

She pushed back against a claim by MP Anderson that “old traditional working-class Labour voters” wouldn’t know what to make of her.

“He needs to come to Sheffield and see the working-class people react to me. They seem to think I’m all right,” Izzard said.

“There’s going to be a small element that’s against me, but you know, that happens in every election. I mean, you have your elections. America has theirs. We have ours. And often it gets quite heated. But I’m going to stay calm. I’ll keep soldiering on.”