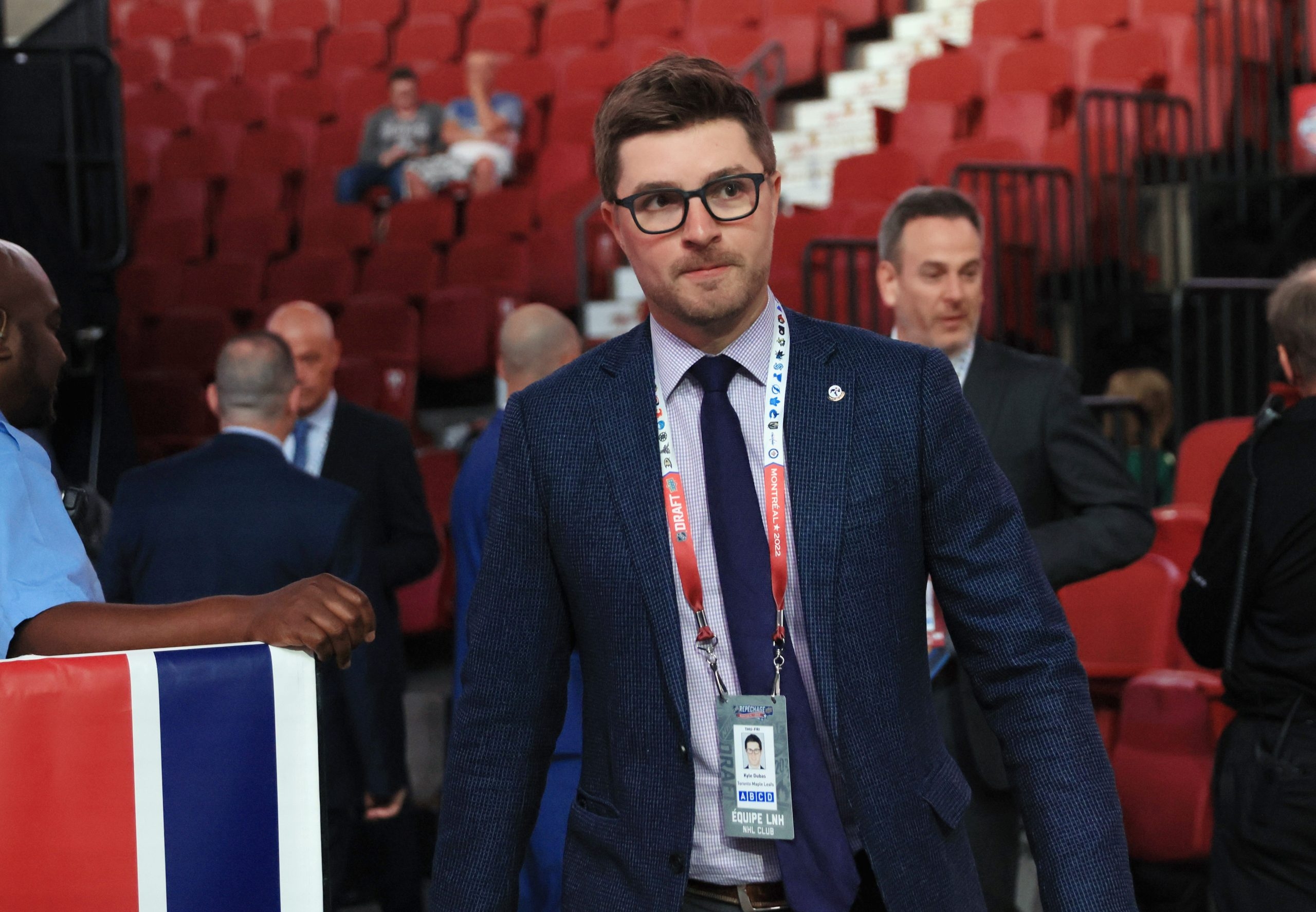 That stood out on Wednesday afternoon during the Maple Leafs general manager’s media availability at the Ford Performance Centre.

With the first day of National Hockey League free agency concluding, Dubas indicated he has not put the finishing touches on the Leafs’ roster for the 2022-23 season.

As well as concentrating on signing restricted free agents Rasmus Sandin and Pierre Engvall in the near future, Dubas referred to the trade market as being “wide open” from his perspective and that his attention will start to increase on making possible moves via swaps.

That’s wise, because the Leafs aren’t a better team today than they were when they lost in Game 7 of the first round against the Tampa Bay Lightning on May 14.

Neither Matt Murray nor Ilya Samsonov, as it stands right now, is a better goalie than Jack Campbell, who goes from watching Auston Matthews and Mitch Marner work magic at Scotiabank Arena to Edmonton, where he will have a terrific vantage point as Connor McDavid and Leon Draisaitl continue their mastery over the rest of the NHL.

From what turned out to be the Leafs’ final game of the Stanley Cup playoffs, gone are Campbell, forwards Jason Spezza (whose expertise, at least, will be put to good use in the front office), Ilya Mikheyev, Ondrej Kase and Colin Blackwell and defenceman Ilya Lyubushkin.

In are Murray and Samsonov, and forwards Nicolas Aube-Kubel, Adam Gaudette and, reportedly, Denis Malgin.

Another skate has to drop before Dubas puts a bow on his off-season acquisitions. The GM knows that.

“We have the ability to continue to look and see what the best fits are going to be as the market begins to dry a little bit and we have our own flexibility and different things we can do,” Dubas said. “We have space, we have roster spots that are still available for really all different kinds of players.

“We would like to add another depth piece on defence, and up front, it is very flexible in terms of what we can add there. We are open to depth on D and then any combination of players up front. We will see how things shake out.

“They’re going to have to be guys who look at our situation and say ‘I can go there for a year or two on relatively low dollars and the group would be a fit for me to have success and parlay that into something greater.’”

True, and perhaps Dylan Strome, who did not get a qualifying offer from the Chicago Blackhawks, is such a player.

As forwards go, the Leafs are set in the top six, though there could be an argument for moving Alex Kerfoot and his $3.5-million cap hit.
At a glance, Dubas isn’t exactly flush with cash, sitting at just over $2-million US under the cap, with Sandin and Engvall to be signed.

Dubas was rather specific when asked about the kind of player he wants to add on the blue line.

“Preferably a right shot with some physicality and some competitiveness and size and strength,” Dubas said. “That would be what we would look for.”

In other words, a player in the ilk of Lyubushkin, who took his robust ways to the Buffalo Sabres on a two-year contract.

The Sandin situation bears watching, because while Dubas wants to keep the player, he acknowledged that the Leafs’ left side in the defence corps is spoken for with veterans Morgan Rielly, Jake Muzzin and Mark Giordano, and that he likes Sandin on the left. If Dubas doesn’t trade Sandin, then what? How does the Leafs’ 2018 first-rounder fit? Does Muzzin, who has a no-trade clause, agree to go if it got to that point?

Justin Holl, with a $2-million cap hit, might be a better option to move, never mind that he plays on the right side.

While it would be prudent on Dubas’ part to try to bolster the roster with depth pieces, the fact is that if the tandem of Murray and Samsonov fails in goal, it won’t matter what the GM does.

There’s a lot to really like, obviously, about the players that made the Leafs a 115-point team last season. The core is sharp.

Yet Dubas still has work to do. And while he goes about his summer business, Dubas has to keep having positive thoughts about where the Leafs could go in the playoffs if one of Murray or Samsonov proves to be capable.