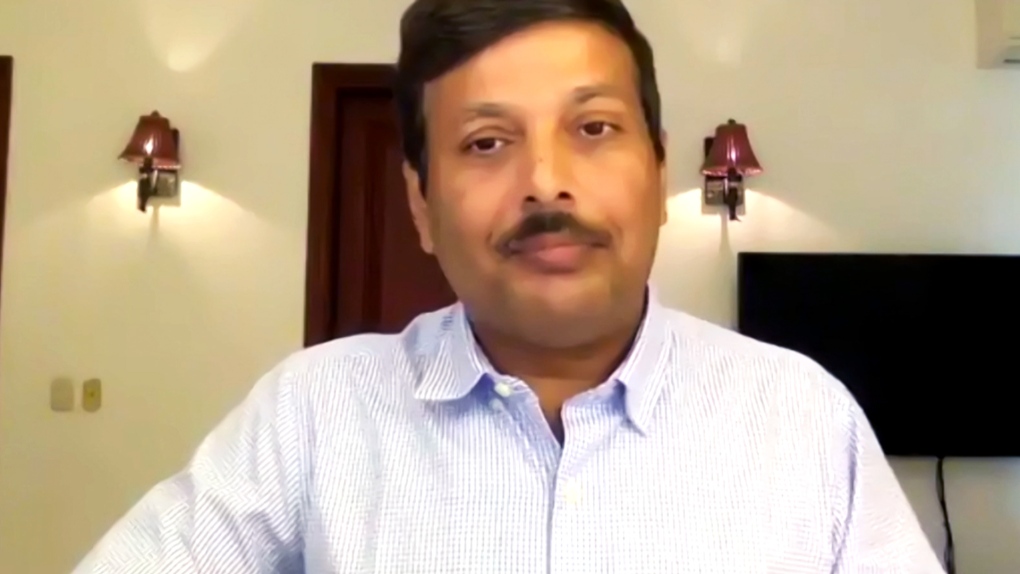 A Canadian airline worker who has been trapped in the Dominican Republic for two months after alerting authorities to narcotics found on his plane says he was subjected to unsafe and unsanitary conditions while spending nine days in jail.


BK Dubey, a maintenance engineer for the Ontario-based charter operator Pivot Airlines, said he was doing his maintenance checks on aboard a Toronto-bound aircraft on the ground at Punta Cana International Airport on April 5 when he came across a suspicious bag inside the avionics bay.


That suspicious package turned out to be 200 kilograms of cocaine. Dubey immediately reported the suspicious bag to the captain and likely averted an air disaster, because the bags were flammable and the weight would have been detrimental to the flight.


“That’s our normal duty in Canadian or international law. That’s our duty to check the plane and report if you’ve found any suspicious thing,” the 24-year airline industry veteran told CTV News while speaking from a secure location in the Dominican Republic.


But when Dominican authorities arrived, Dubey didn’t get any thanks for reporting the drugs. Instead, he and the four other Pivot Airlines crew along with seven passengers were arrested and detained, with police accusing them of smuggling the drugs.


For nine days, Dubey was detained in a detention facility meant for narcotics criminals that he said had no toilet, with guards that refused to give him food or water unless he paid them money.


“The cell was not for humans to live,” he said. “And we were just praying to God every day, just to pray to get out of that hell.”


After their employer mounted a significant legal battle, Dubey, the rest of the Pivot crew and the passengers were released from detention but required to stay in the Dominican Republic, where they still remain. Since their release, they have been subject to death threats and Pivot has had to retain security and take extraordinary measures to ensure their safety.


Pivot, as well as the three unions representing airline pilots and crews in Canada, have been urging the Canadian government to do everything it can to bring the crew and passengers back home.


“It is entirely unacceptable that our members have been thrown in jail for doing their jobs, and dutifully reporting a crime,” Capt. Tim Perry, President of Air Line Pilots Association Canada, said in a May 16 news release. “We are urging the Canadian government to take serious action and help bring our crew home.”


Pivot is also urging travellers to avoid visiting the Dominican Republic and consider making alternative travel plans. Last month, the company warned that the crew and the passengers were at risk of being sent back to jail.


Dubey said officials from the Canadian government have been helping him. At the time of his arrest, he said he had been in the process of getting his Canadian citizenship, but last week, he took his citizenship oath at the Canadian Embassy.


“I’m really thankful for what they are doing. I’m not saying they’re not doing enough, but we need to do more. It’s been two months. I need to go home. I want to go meet my family,” he said.


Despite his ordeal, Dubey said he doesn’t regret reporting the narcotics.