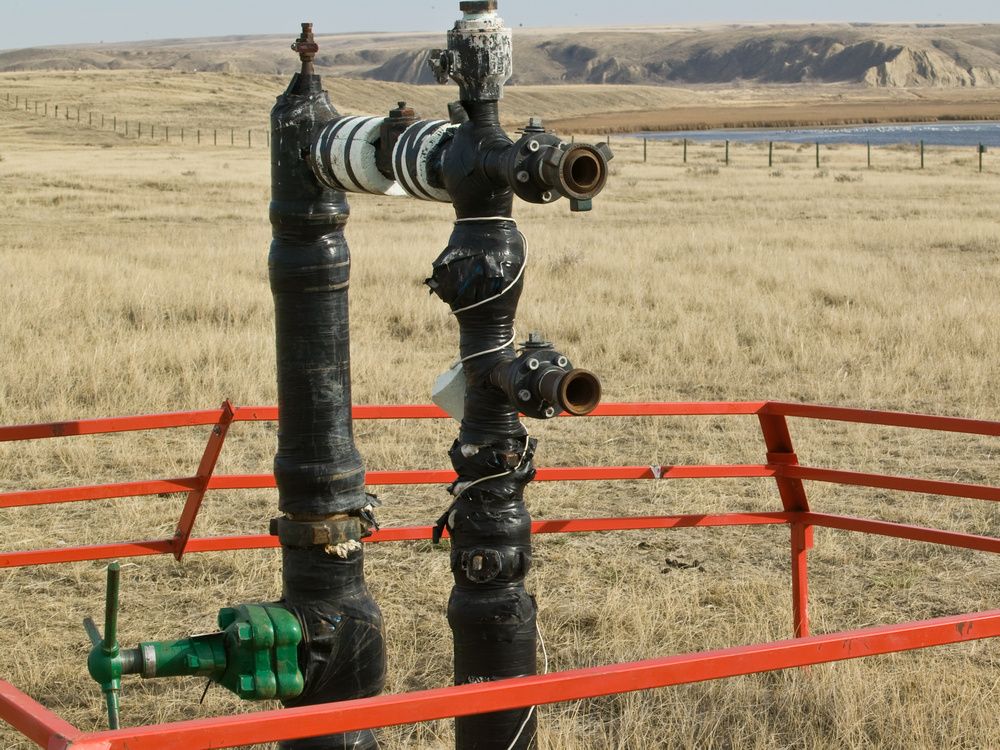 A natural gas company is leaving a trail of millions of dollars in debt to governments.

Receivership and court documents show the trials and tribulations facing Abbey Resources Corp., a company that paid $10 for thousands of wells nearing the end of their lives in 2016, only to be overwhelmed by the finances of owning them a few years later.

Abbey’s challenges include roughly $28 million owed to the Ministry of Energy and Resources, and millions more owed to rural municipalities and a First Nation in southern Saskatchewan. As of Feb. 28, 2022, the company is in receivership under MNP Ltd.

MNP and the Ministry of Energy and Resources have declined to comment outside of what’s currently in the public domain.

A publicly posted June letter from MNP’s legal counsel said the company is operating Abbey’s shallow gas business through Sproule Asset Management Ltd. and is working with the Ministry to “determine the future of the Abbey infrastructure.”

Several farmers, a First Nation and the government of Saskatchewan all have one thing in common: Abbey owes them money.

The company’s biggest creditor is the Ministry of Energy and Resources with $28,412,300.

Smaller governments with thinner budgets than the province are also waiting for payments. Abbey owes the RM of Snipe Lake ($2,158,700), the RM of Lacadena ($1,584,500) and the RM of Miry Creek ($1,697,400), according to a March document filed on the company’s receivership website.

That doesn’t account for several farmers and landowners included in a complete creditors mailing list who are owed anywhere from a few hundred dollars to tens of thousands.

Other creditors have lost their patience.

Carry the Kettle Nakoda Nation, which is owed $286,300, announced that it evicted the company in February. The First Nation said Abbey asked to change its lease to reduce its obligations, but the band rejected that request.

The First Nation also said Abbey suggested it was aiming to give up its interest in reserve lands based off of operating costs, but that grew more uncertain closer to the release of the band’s statement in February.

In the February statement, Chief Brady O’Watch said the First Nation isn’t opposed to supporting energy development, but said the band’s lands “have been overrun by irresponsible and destructive levels of development.”

In 2016, Abbey paid a total of $10 for roughly 2,200 gas wells in Saskatchewan from Husky and Enerplus, according to a May Court of Appeals decision relating to Abbey.

The two companies gave $800,000 each to Abbey because of the potential end of life liabilities on the wells. The province required they also deposit roughly $27 million on behalf of Abbey as security for the end of life costs.

“Abbey purchased the wells because it believed that, through its experience and technical knowledge, it could operate them at a profit rather than at the loss at which the vendors were operating them when they were sold in 2016,” the decision said.

The company says it also broke even on those wells, aside from municipal taxes, in its first year.

However, financial troubles loomed in the distance. In 2018, Gettis met with farmers at Living Sky Casino in Swift Current.

In a video posted on YouTube, he asks them to take a 50 per cent haircut in their lease payments to keep the wells pumping.

A Feb. 10 letter sent to the lawyer of a group of lessors reported that 1,014 of Abbey’s 2,665 total surface leases agreed to lower rent, typically at 35 per cent of their original amounts.

Abbey’s efforts to reduce its local taxes hit a roadblock this May. Saskatchewan’s Court of Appeal refused to hear an appeal of a Court of Queen’s Bench decision denying an argument that could have reduced municipal taxes on Abbey’s wells.

Abbey argued that the Saskatchewan Assessment Management Agency (SAMA) assessments were over-valuing its wells, according to the appeal decision.

Abbey went on to cast doubt on its ability to continue operating the wells under its current municipal tax rates. The company noted this could harm the provincial economy by forcing job cuts and halting purchases of local services and supplies, according to a  2021 Court of Queen’s Bench decision.

Abbey said the assessments behind its taxes were flawed because they didn’t treat Abbey’s assets — which were depleting — the same as renewable assets. They didn’t reflect end-of life costs, or depreciating asset value.

The company argued the assessments lead to an “improper result as gas producers are treated unfairly compared to other taxpayers in Saskatchewan,” the appeal decision reads.

SAMA agreed that Abbey’s assets didn’t get fair market value, but added that wasn’t the point of the assessment. The agency uses a separate standard for resource production equipment like gas wells, which only aims to be consistent across similar properties.

The appeal decision sided with SAMA, saying it applied that standard “uniformly and fairly” to Abbey’s assets.

As Abbey was dealing with its financial troubles, it was also contending with environmental concerns from provincial officials.

The provincial lawyer quoted an Abbey risk assessment that pegged roughly 10 per cent of the company’s pipelines at high or very high risk for spills and failures due to corrosion and erosion.

“Some of these pipelines are near the South Saskatchewan River, Indigenous lands and environmentally sensitive or protected areas,” the letter continued, noting this included about 343 kilometres of high-risk pipelines.

A Feb. 26 environmental assessment quoted by MNP Ltd. said a pipeline shutdown could lead to 46 to 50 per cent loss in raw gas production, a major blow to the company’s operations.

Gettis said in a Feb. 16 letter to the Ministry that Abbey had completed research that could lead to a plan to fix its pipes. Kathryn Black, the Ministry’s executive director of field services, said later that month the company didn’t have a concrete mitigation plan.

Black wrote in a Feb. 25 affidavit that most of Abbey spills are salt water, which can kill vegetation or breakdown the structure of soil. Rehabilitating native prairie lands impacted by salt water can take up to five years.

At the time of writing, she said “the concern is not academic and it is ongoing.” She called for shutdown orders to mitigate “the potential of a catastrophic environmental loss.”

What gets left behind

Abbey’s challenges will live on in the orphaned wells and facilities the company leaves behind. Final numbers aren’t available yet, but a significant chunk of the company’s assets appeared in the orphan well inventory on March 22.

“We do not yet know the amount of Abbey wells that will go into the Orphan Well Fund as the proceedings are still ongoing and the receivership process includes an asset sale, so final orphan numbers will be known only once that process concludes,” a Ministry of Energy and Resources spokeswoman said.

The Ministry holds $27.7 million in security for environmental liability to cleanup Abbey sites — which is separate from what it’s owed as a creditor — but time will tell what Abbey’s legacy of orphans will be.

Until then, the company has a long list of creditors who had hoped the company could breathe new life into the aging natural gas wells dotting their farms and lands. Those hopes may have been dashed.