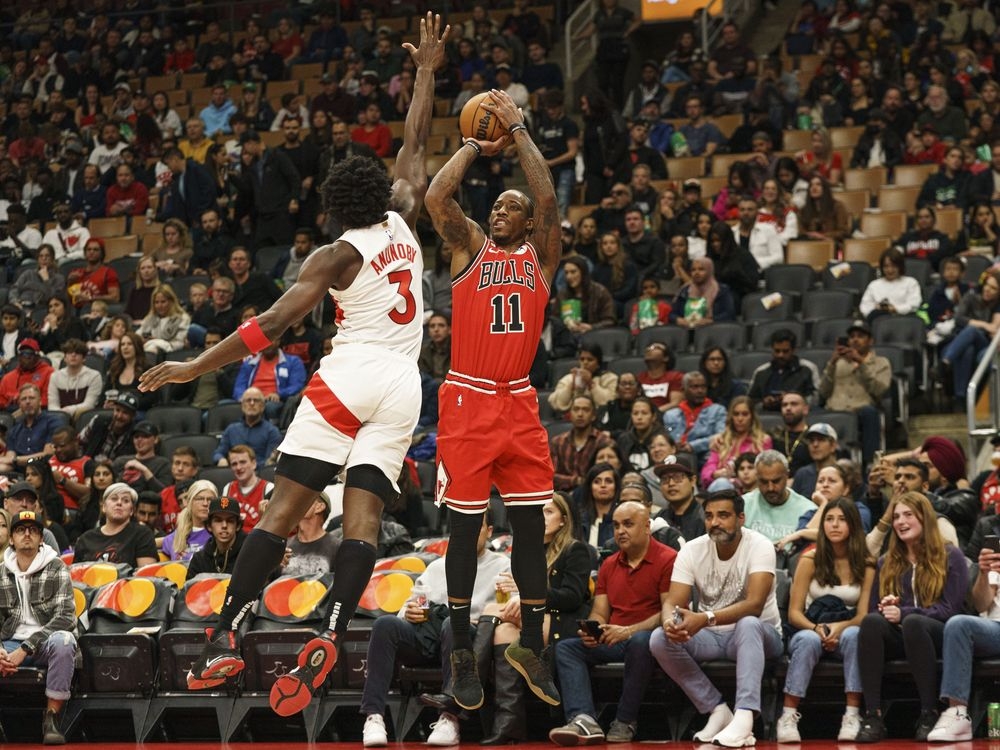 A busy and competitive summer has Canadian Dalano Banton more confident and comfortable in his second Toronto Raptors training camp.

The 22-year-old from the Toronto neighbourhood of Rexdale scored 11 points and was as impressive on defence in his 17 minutes in the Raptors 115-98 pre-season loss to the Chicago Bulls on Sunday.

After the Raptors early exit from the playoffs, Banton played in the NBA summer league in Las Vegas and for Canada at the FIBA AmeriCup in Brazil and worked out with teammates such as Fred VanVleet and Pascal Siakam in Los Angeles.

“My confidence is there,” Banton said. “I feel like with these guys looking for me in my spots, helping me play to my strengths and trusting me and being there for me as a young guy has been great for me and my development.

“Definitely the play over the summer — a lot of games through Summer League, playing (in Los Angeles) and then playing in Brazil with Team Canada. I just feel like a lot of live reps in the summer helped get me going, and I’m going to continue running with it.”

His teammates have noticed an improvement in the second-year, 6-foot-7 point guard.

“He just seems to be more comfortable with the reads, with the speed of the game,” VanVleet said. “Obviously, it’s going to be hard for a (6-foot-7) point guard not to have success in the NBA just with the size and the lanes that are available to him, being able to finish around the rim. He’s getting more comfortable with the jump shot, so it looks like a guy who has taken that step and feels like a guy that is ready to crack the rotation.”

“He’s really been good at the defensive end. He’s really been noticeable, getting his hands on the basketball and poking it away, reaching in from the weak side or stripping one away. He’s done a good job. I think using that length, and he also has really good instincts about where the ball is going.”

The Raptors shot a dismal 22-for-31 from the foul line in a game that featured seven lead changes and was tied six times.

Former Raptors standout DeMar DeRozan scored 21 points in 27 minutes to lead the Bulls (2-1), and Javonte Green came off the bench to 17 points before 16,559.

Boucher suffered his setback in Houston on Friday and underwent an MRI on Saturday.

“Don’t think it’s super-serious, but, just like with Otto, those things are touchy,” Nurse said. “(Boucher) will not be with us for a little bit.”

Nurse and his players are pleased to stay at home this week with a slate of practices.

“I would never complain about being Canada’s team,” Nurse said. “But part of it is to go play these games in other cities in Canada, and that causes us to have a heavy travel schedule.

“It’s been a lot of travel and a lot of late nights already, but that’s OK. We’ll be just fine.”

The Raptors will play their pre-season finale against the Boston Celtics in Montreal on Friday and open their 28th regular season at home against the Cleveland Cavaliers on Oct. 19.