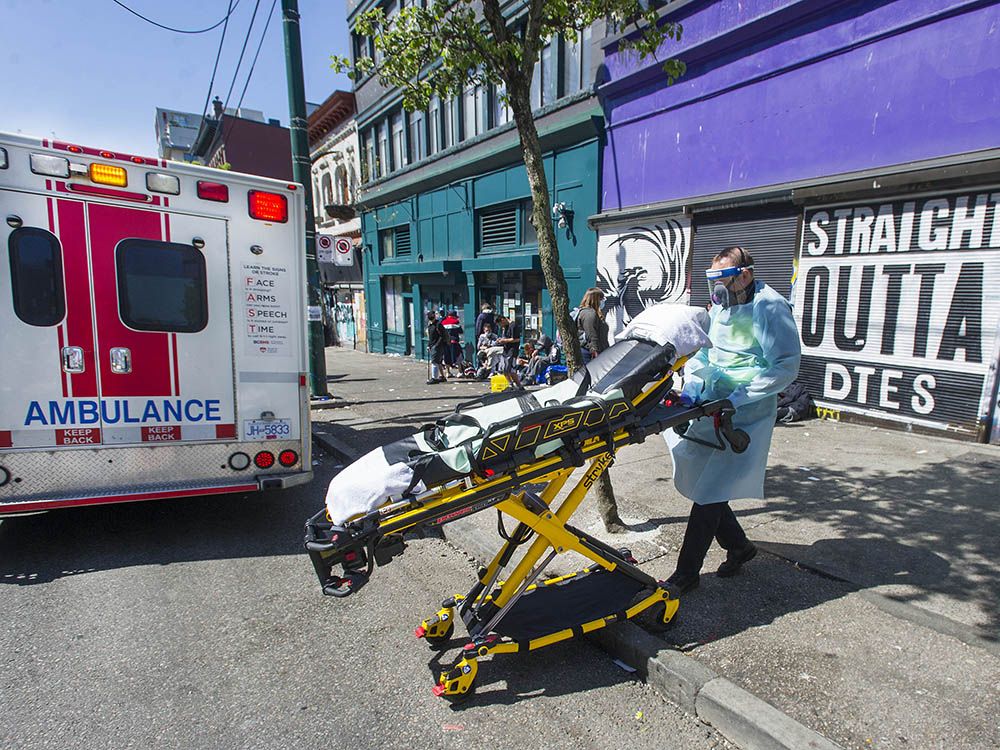 Deaths among those without secure homes skyrocketed last year, with 247 people who were experiencing homelessness dying in 2021.

That’s a 75 per cent increase over a year earlier, said the B.C. Coroners Service in a report about deaths of homeless people over a decade from 2012 to 2021 that was released Wednesday.

“This report reflects the risks and realities that people experiencing homelessness face every day,” said Lisa Lapointe, B.C.’s chief coroner, in a summary of the report’s findings.

“We know that many are facing significant health concerns, including physical disabilities, mental-health challenges and substance-use issues.”

Lapointe called for ramped up action to address toxic drug deaths, including distribution of a safer supply and clear targets for reducing illicit drug deaths across the province, which disproportionately affect those living in poverty, in the streets or in insecure and temporary shelters.

Homicide accounted for only 19 of nearly 1,200 deaths over the decade of the study, or about 1.5 per cent.

But the report comes after a weekend in which several people ended up in hospital following a stabbing spree in Vancouver’s CRAB Park homeless camp, the latest in a series of violent incidents involving people living in the streets. In July, a shooter later killed in a confrontation with police targeted transient people in Langley, killing two and injuring two others.

Men made up the vast majority of those who died while experiencing homelessness, at 83 per cent, and the most common age was between 30 to 59, at 72 per cent of all reported deaths.

B.C. Housing Minister Murray Rankin and Sheila Malcolmson, B.C.’s minister for mental health and addictions, issued a statement offering “heartfelt condolences … to all of the families and friends of loved ones who have lost their lives while experiencing homelessness.”

“The data is a stark reminder of the devastating impacts of the toxic drug crisis on people in B.C., compounded by the daily risks and health challenges faced by people experiencing homelessness. We are working on all fronts to turn the tide on this crisis, including expanding treatment services and harm reduction measures like drug checking and prescribed safer supply, including for people experiencing homelessness.”

They also said B.C. continues to open new supportive housing spaces and houses for those who need complex care for overlapping mental health and substance use challenges and other trauma. Rankin and Malcolmson said 4,700 people have moved into supportive since 2017, with 2,300 more such homes on the way.