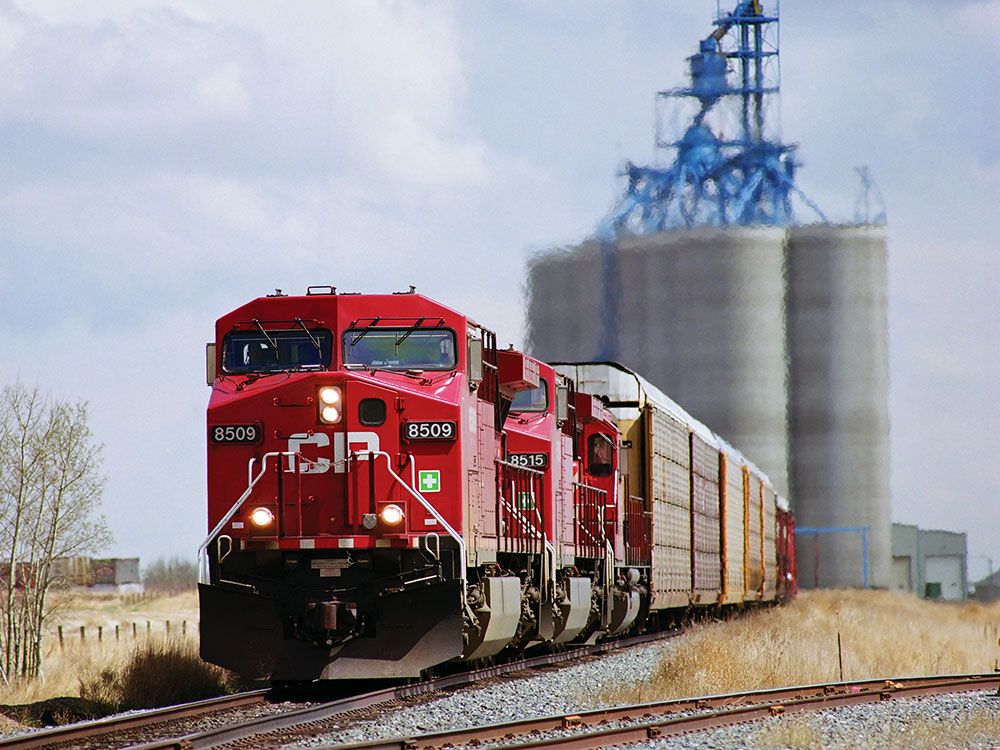 Canadian Pacific Railway Ltd. revenues jumped nearly 20 per cent in the third quarter and freight volumes are expected to surge even higher as shippers move a “top five all-time” grain harvest to the coasts for export.

The grain crop in Western Canada is expected to reach 75.2 million tonnes this year, according to Statistics Canada. That would be about seven per cent above the five-year average, CP Rail said, and well above last year’s drought-stricken crop that was down 36 per cent.

The next issue of FP Energy will soon be in your inbox.

Grain exporters are eager to get as much of that crop as they can onto trains and into world markets to capitalize on demand when food prices are rising faster than they have in decades and the global food system is still reeling from drought and the war in Ukraine.

The shippers, however, started off the season frustrated with the number of grain cars they were getting from CP Rail and its main rival, Canadian National Railway Co.

Reports released by the Ag Transport Coalition for the week of Sept. 18 showed that railways weren’t able to provide about 30 per cent of grain cars requested. CP Rail’s fill rate was worse than the average, with 39 per cent of orders unfilled.

Since then fill rates have steadily improved, with CN and CP combining to reach 81-per-cent fulfilment in the latest report for the second week of October.

CP Rail chief executive Keith Creel told financial analysts on Oct. 26 that the railway has hired 1,500 conductors since the beginning of the year and reached an “all-time” record for moving grain cars this fall, hitting 6,900 grain cars weekly on two separate weeks.

“We’re facing a bumper crop. We’ve got a lot of expectations. We’re going to meet expectations,” he said. “When it’s all said and done, we’ve never been in better shape.”

Revenues at CP, Canada’s second-largest railway, rose by 19 per cent to $2.31 billion in the quarter, from $1.94 billion last year, according to a financial update on Oct. 26. CP said the jump was partly due to a 31-per-cent increase in the volume of potash — a common ingredient in fertilizer — moved on the railway, amid a surge in global demand due to boycotts on Russian fertilizer as retribution for its invasion of Ukraine.

CP moved 2 per cent less grain in the quarter compared to last year, but chief marketing officer John Brooks said the harvest demand only started in the last few weeks of the third quarter, which ended Sept. 30.

“Volumes have now quickly ramped up as we move into Q4,” he said. CP Rail also expects to complete a four-year project in the fourth quarter to add 5,900 high-capacity grain cars to its fleet. “We will receive the last of those later this year.”

The railway posted a 15 per cent increase in profits for the quarter, with core adjusted earnings per share of $1.01 — in line with forecasts, said RBC analyst Walter Spracklin.

“Q3 was an in-line quarter for CP across all metrics; but key from the call was the upbeat tone and strong guidance into Q4,” he wrote in a note to investors.

Following hearings with a U.S. regulator this fall, CP is still expecting to receive a decision early next year on whether it can go ahead with its US$31 billion acquisition of Kansas City Southern — which would make CP the only railroad to run from Canada to Mexico.

“That was a fair process,” CP’s Creel said of the hearings at the Surface Transportation Board in Washington. “I’ll tell you, having listened to all the testimony, I’m never more convinced about the benefits this merger will create … This is an ideal merger.”

Listen to Down to Business for in-depth discussions and insights into the latest in Canadian business, available wherever you get your podcasts. Check out the latest episode below: