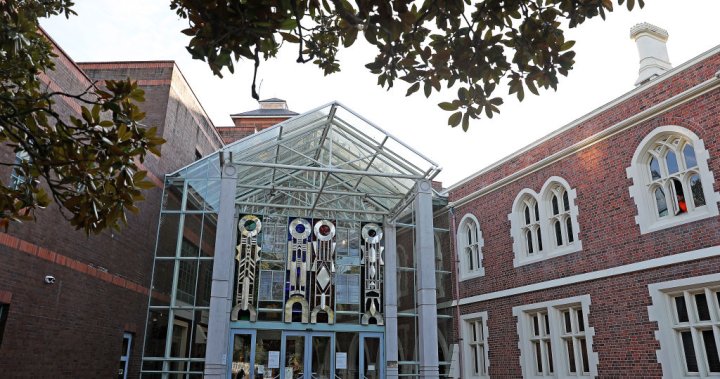 The New Zealand High Court has ruled that a six-month-old baby at the centre of a controversial blood transfusion case will be taken under the guardianship of health authorities so he can receive a life-saving operation.

His parents had been unwilling to proceed with the surgery over concerns he would receive “vaccinated blood,” and were seeking a court order for their baby to receive blood from unvaccinated donors.

The parents said in previous interviews that the baby needed surgery “almost immediately,” but they were “extremely concerned with the blood (the doctors) are going to use,” the Guardian reported. The boy, referred to as Baby W, has a congenital heart defect and will not survive without an urgent operation.

The ruling to temporarily place the boy in the guardianship of his pediatric heart surgeon and cardiologist was met with fierce backlash from anti-vaccine protestors, who demonstrated outside the Auckland courthouse on Wednesday as the decision was handed down, the New Zealand Herald reported. The case has been a rallying point for the anti-vaccine movement in the country.

Anne Heche autopsy results: Actor not intoxicated at the time of death

The presiding judge, Ian Gault, ruled that Baby W’s temporary guardianship by health authorities will only last from Wednesday until he recovers from his life-saving surgery, which is expected to be by January 2023 at the latest. Gault emphasized that the boy’s parents are still his primary guardians and doctors must keep them informed of his condition and treatment at all times. The parents retain guardianship of the child in all other matters.

The decision came down after a lengthy hearing the previous day when Gault heard arguments from Paul White, lawyer for Te Whatu Ora (Health New Zealand), Sue Grey, who represented the parents, and Adam Ross, a lawyer for the New Zealand Blood Service.

White said that specialists believe the child’s heart is suffering damage because of the surgical delays. Baby W is experiencing pulmonary valve stenosis, the narrowing of a heart valve, which is causing a build-up of blood and pressure, he said.

“His survival is actually dependent on the application being granted,” White argued.

The New Zealand Blood Service argued that allowing parents to refuse vaccinated blood would set a dangerous precedent whereby patients could pick and choose where their donor blood comes from. Agency lawyer Ross said this would jeopardize the integrity of the blood service and lead to ethical and clinically bankrupt requests for blood.

Justice Gault ruled that the parents’ request for unvaccinated blood was unnecessary and impractical, adding that the operation was in the child’s “best interest” and there was “no scientific evidence” that vaccinated blood poses any risk, citing evidence provided by New Zealand’s chief medical officer.

The judge also noted that the New Zealand Blood Service presented evidence from the past six months showing a “significant increase in potential blood recipients asking for blood from unvaccinated donors or asking about directed donation. Similar trends have been noted in other countries.”

During the hearing, the parents’ lawyer cited an affidavit provided by a controversial Canadian academic, Byram Bridle, an associate professor at the Ontario Veterinary College at the University of Guelph. Bridle has been publicly critical of the safety of COVID-19 vaccines, for which he has faced criticism from the scientific and medical community.

Ross, the lawyer for the New Zealand Blood Service, took aim at Bridle’s credentials, saying he was a doctor “of the PhD variety,” not a medical doctor.

Bridle was recently chosen as an expert witness by a Toronto mother who was engaged in a court battle with her son’s father over who should have the final say in their child’s vaccinations. Bridle refused to acknowledge that the COVID-19 vaccine prevents serious illness and death, and the judge in the case ruled that he was not qualified to give an expert opinion.

“Respectfully, this is so far removed from the mainstream and widely accepted views of the Canadian and international medical and scientific community that the court cannot accept Dr. Bridle’s evidence on the COVID vaccine as reliable,” the judge ruled, as reported by Guelph Today.

The judge ruled that the father in the Canadian case, who does not have custody of the child, was the best choice to make decisions about his son’s vaccinations. The child’s mother will retain custody.

1:50Ardern, Marin shoots down reporter’s question on why they’re meeting: ‘We are prime ministers’