The Conservative Party is edging out the Liberals by five percentage points when it comes to who Canadians would vote for, according to Nanos Research’s latest federal ballot tracking.

In the latest Trend Line episode, pollster Nik Nanos said the Conservatives sit at 36 per cent of ballot support, while the Liberals sit at 31 per cent, the NDP at 19 per cent, the Bloc Quebecois at six per cent, the Green Party at five per cent, and the People’s Party of Canada at three per cent.

“It looks right now that Canadians are grumpy and the Conservatives are in the driver’s seat. And you know what? If these numbers go up even higher, especially depending on the outcome of the Conservative election this fall, it could be really bad news for the Liberal Party,” said Nanos.

Candice Bergen is leading the Conservative Party on an interim basis as membership readies to elect a permanent leader on Sept. 10. 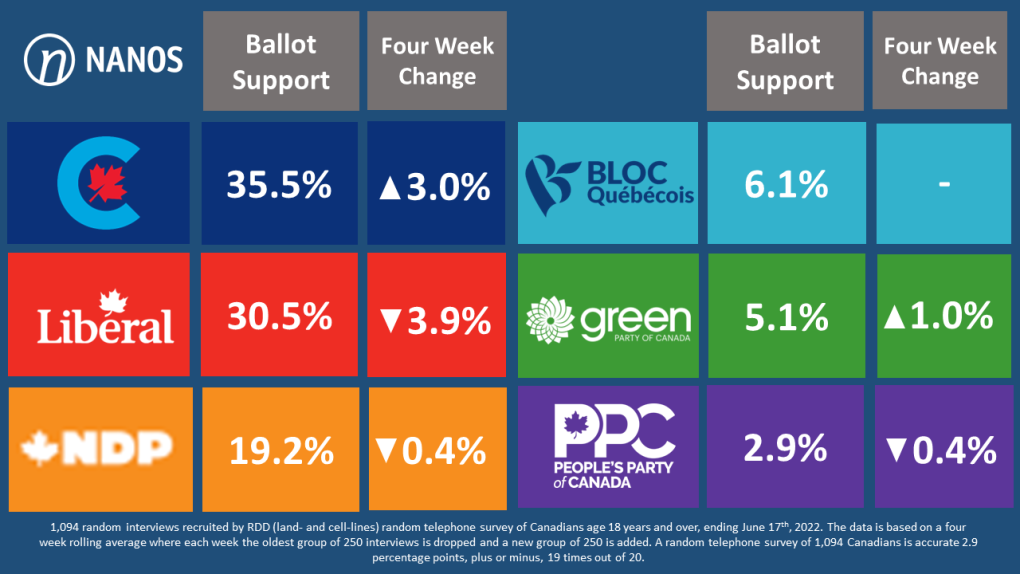 The pollster said there are several factors at play, including the simple fact that every governing party has an expiry date. He also mentioned recent Liberal announcements that didn’t commit to any new spending, but were based on previous promises.

“There’s not a lot of stuff that’s new. There are a lot of things that they’re still working to deliver on, like on reconciliation. Like on the environment. And I think for some Canadians, it’s looking a bit tired for the Liberals,” he said.

Canadians are also anticipating a major downturn in the economy in the next 60 to 90 days, according to the Bloomberg, Nanos Canadian Confidence Index completed on June 17.

On the 100-point scale, anything under 50 is negative and anything over 50 is positive. Currently, Canadians are hovering around the neutral mark – only the fourth time in 14 years public opinion has hit that mark. 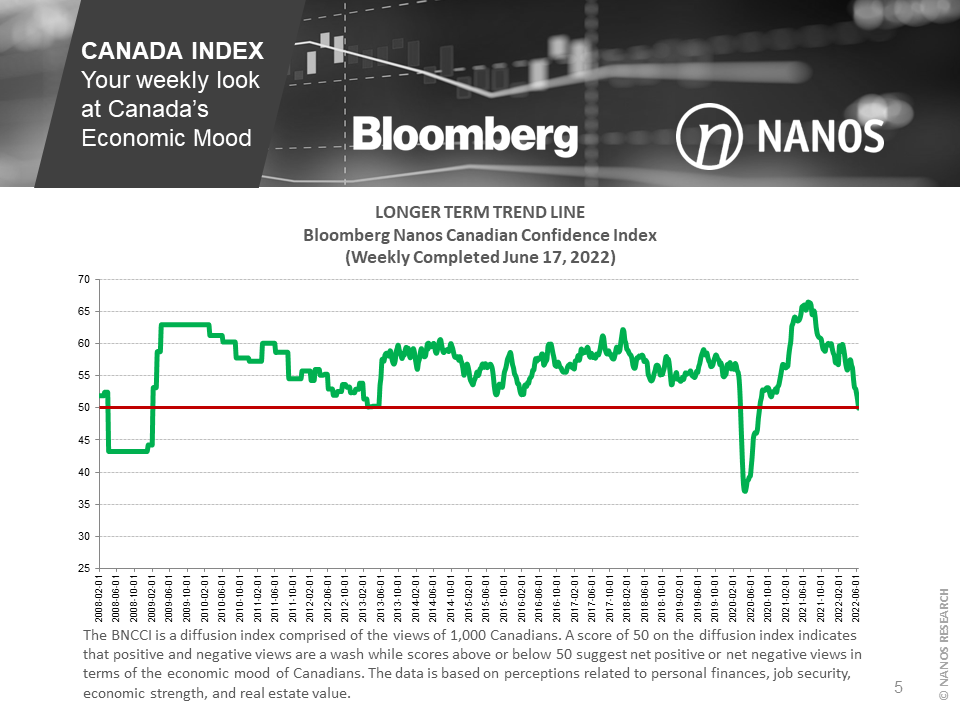 One of those times was the 2008 recession and most recently it was during the pandemic.

Nanos said Wednesday’s news that the annual inflation rate in May hit its highest level in nearly 40 years will heighten economic concerns.

“That’s just another piece of news that creates a high level of anxiety and uncertainty for average Canadians,” he said.

And while perceptions of the housing market have been steadily high, the pollster said they too are declining.

Approximately 41 per cent of respondents to a Nanos, Bloomberg telephone survey said they think the value of real estate will increase, down 13 percentage points in the last four weeks. Another 26 per cent think it will decrease, up 12 per cent. 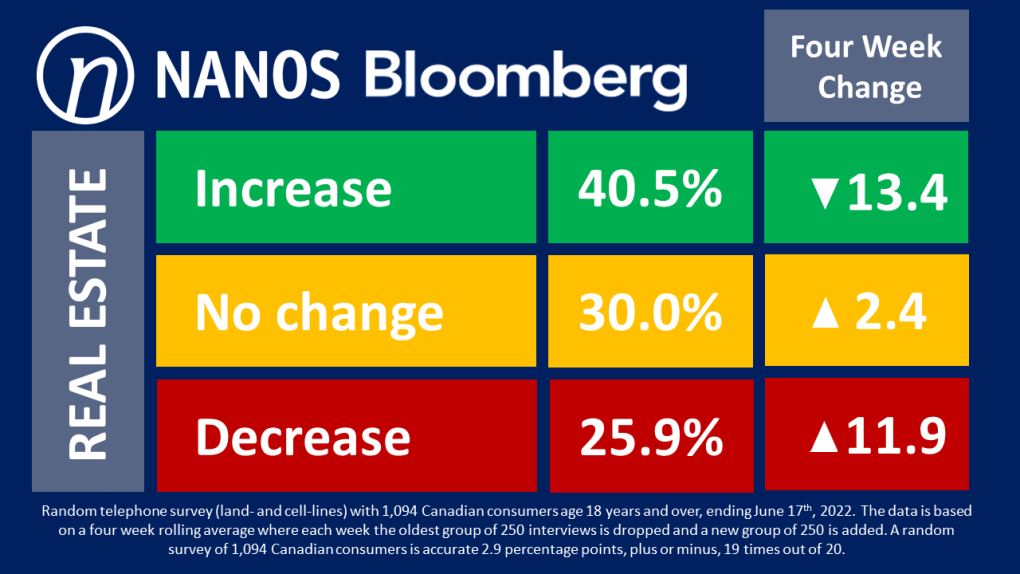 “I think a lot of that has to do with you know people worried about interest rates going up, what inflation might mean, and also just worry about the economy. So the hot real estate market, period, full stop right now today at least, is no longer hot,” he said.

For ballot tracking: 1,094 random interviews recruited by RDD (land and cell lines) random telephone survey of Canadians age 18 years and over, ending June 17, 2022. The data is based on a four week rolling average where each week the oldest group of 250 interviews is dropped and a new group of 250 is added. A random telephone survey of 1,094 Canadians is accurate 2.9 percentage points, plus or minus, 19 times out of 20.