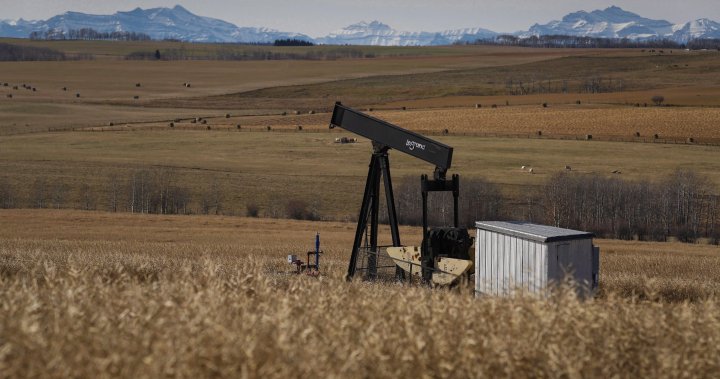 The relationship between energy production and Indigenous Peoples in Canada has long been a sensitive topic, while the debate over Canada’s energy future has further been amplified because of the ongoing crisis in the Ukraine.

In light of Canada’s National Day for Truth and Reconciliation on Sept .30, Canadians have been thinking about how their own energy sources should be developed, used and sold, and who should be a part of that discussion moving forward. The question of what stake Canada’s Indigenous Peoples should have in Canada’s energy development has never been more pronounced. The short answer, according to Ipsos’ research, is that it’s complicated.

‘We want to be at the table’: Indigenous leaders call for more partnerships after Enbridge deal

So, where does Canada draw the line in its support for Indigenous involvement in renewable energy on home soil?

Are we contradicting ourselves?

Establishing sustainable relationships with Canada’s Indigenous communities and ensuring their involvement in renewable energy development has been substantial in advancing the Indigenous reconciliation process.

The Canadian government has provided $300-million worth of funding for developing clean energy projects that involve Indigenous land, as well as rural and remote areas across the country to support community priorities. Moreover, in March earlier this year, a historic partnership was formed between Indigenous groups with TC Energy regarding the Coastal GasLink pipeline, an issue that previously drew much scrutiny and attention during the Indigenous protests in February 2020, protests that only ended because COVID-19 overtook everything else.

But progress around this budding partnership between Indigenous communities and Canadian energy corporations didn’t come without pushback. The same GasLink pipeline project brought international attention when solidarity blockades from the Wet’suwet’en Nation in British Columbia opposed the construction of the pipeline.

At that time, an Ipsos poll found that 61 per cent of Canadians said the protests and demonstrations were unjustified and illegitimate. Yet three quarters believed the Canadian government must act now to raise quality of life for Indigenous communities. This gap between what we think is best for Canada and its inclusion of Indigenous communities in renewable energy projects in the reconciliation process, and the reality of such a partnership highlights the lack of certainty around a principal issue in this country. Has Canadian opinion changed since those events in 2020?

How engaged should Indigenous Peoples be in Canada’s energy sector?

The same study, however, revealed that when it comes to ownership, only half of Canadians say that Indigenous communities should have more control over any natural resource project within their territories. A 2021 paper revealed that there has previously been little to no Indigenous ownership of renewable energy projects, as Canadian corporations and government initiatives merely consult with Indigenous communities.

While Canada has taken diligent steps in fostering a stronger relationship with its Indigenous population by collaborating on clean energy projects to help build their economic independence, Canadians seem uncertain about where energy fits into the reconciliation process, and whether it helps account for Canada’s colonial past and making amends.

Considerations for moving forward in the reconciliation process

Although Canadians share moderate support for Indigenous engagement in Canada’s energy development sector, there is noticeable opposition regarding the extent to which Indigenous communities are involved and whether their involvement should be required to develop Canada’s energy resources.

If Canadians are serious about reconciling with its Indigenous populations, addressing its colonial legacy, and taking steps to take accountability, their support is vital in ensuring this partnership comes to fruition in its truest form, without complications.

Maybe it’s not that complicated after all.

Lisa Byers is an account manager with Ipsos Public Affairs.