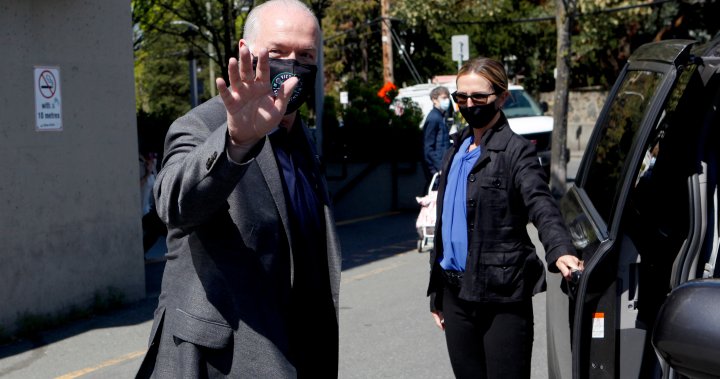 The early departure of John Horgan as B.C. premier raises the very real possibility that the next provincial election will be called well before the Oct. 19, 2024 date that is currently scheduled.

Horgan’s successor (which appears almost certainly to be current Attorney General David Eby) may find it tempting to call an early vote rather than trying to govern for two more years without facing the electorate.

Those two years will likely see a string of controversies and hot button issues begin to accumulate. Rising inflation, a deteriorating health care system, high housing costs and various weather disasters are going to make governing increasingly difficult for anyone.

In other words, things will likely continue to get worse for quite a while before they start to get better.

On top of that, Eby (assuming he becomes the next leader) will find himself under pressure from various activist wings of the NDP to abandon Horgan’s “progressive centrism” approach and embrace a more left wing, environmental activist direction.

Some of that pressure may come from members of his own caucus. North Vancouver Lonsdale MLA Bowinn Ma recently posted a multi-part thread on Twitter in which she insisted the next NDP leader had to be what she called a “Climate Champion.”

‘Popular, historic and lasting’: Looking back at John Horgan’s legacy

And she defined that as a leader who will agree that “addressing #ClimateEmergency is a moral imperative, who will take an unambiguous stance against the expansion of fossil fuel extraction, including LNG, and end measures designed to incentivize the industry.”

Ma, who is a cabinet minister of state for Infrastructure, appears to be now opposing a key part of her government’s economic plan: the liquified natural gas industry.

Ma is certainly not alone among New Democrats who want a more aggressive approach when it comes to fighting climate change. Others want a complete ban on the logging of all old growth timber, a move that would bring the B.C. forest industry to its knees.

2:22Speculation begins on who will be B.C.’s next premier

Still others want a ban on fracking (used to extract natural gas), an even higher carbon tax and more action taken against resource industries.

Will Eby be able to stand up to the pressure coming from what undoubtedly will be a much louder protest wing of his party?

Horgan was able to keep the environmental movement at bay throughout his time as premier. Unlike his predecessor NDP governments in the 1990s, he was not spooked by or panicked by large demonstrations aimed at government policies.

Pulling the plug early and securing a new four-year mandate would further silence those internal critics, as well as drive a dagger through the heart of a still-shaky BC Liberal Party.

John Horgan is leaving. Who might be the next premier of British Columbia?

An early election call would also put the BC Liberals at a distinct disadvantage in an important area: money. The party is simply not fundraising at anywhere near the same pace as the NDP, which has about a two-to-one edge and which is financially poised to run a much better-funded election campaign.

Of course, perhaps Eby will want to steer the government in a completely different direction, one that is closer to those environmental activist positions. We shall see.

In any event, do not rule out an early election. The next NDP premier may want to dive headfirst into the election pool well before the waters get too roiled and choppy, which they undoubtedly will.