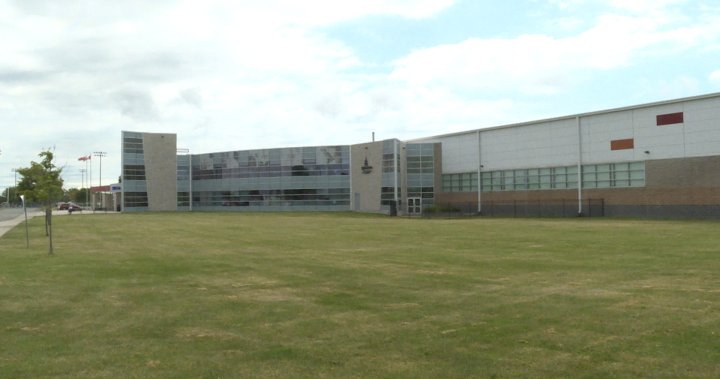 A large indoor aquatic centre is back on the front burner at Kingston, Ont.’s city hall.

It’s been over a decade since politicians waded into this debate.

This week, a committee will hear a timeline and price to build a swimming facility beside the Invista Centre but it’s unclear whether council is ready to take the plunge.

“Certainly the Invista Centre was designed with the future plans in mind for a pool and we live in an area that is close to the land of lakes, so to speak. Lake Ontario’s nearby. Every child should have an opportunity to learn to swim,” said Chappelle.

It appears some form of an aquatic centre does have support from some west end residents.

“It would be good for the kids and even adults like me to get some exercise. There’s not much out here really to go for a swim; they closed the Y[MCA] a couple years ago,” said Kingston resident Debi Gilmour.

“I’m heading up there to the Invista Centre right now to go to the gym and that’d be a great bonus for me to go to the pool and have a little swim too,” added Everett Asselsteine, also a Kingston resident.

Part of a comprehensive report going to the municipality’s Arts and Recreation Committee details a 25-metre competitive pool, change rooms and a leisure pool that seems similar to the water park at the memorial centre.

Those amenities are based off past discussions and reports dating back to 2010.

The cost to build an aquatic centre has been updated to 2022 prices and comes in at just over $55 million, including studies, design and construction.

The expectation if the project moves forward is that the aquatic centre could open around 2029.

Chapelle says his only criticism of the project is he’d like to see the aquatic centre built sooner.

“It is too far out. Councillor [Lisa] Osanic has raised this issue previously and there is a report to come back to council about bringing this forward in our plans, so I’m hopeful during the next term of council this will become a reality,” said Chapelle.

If a green light is given by the committee and then council, staff estimate the entire process including public consultation, design and construction could take four years.