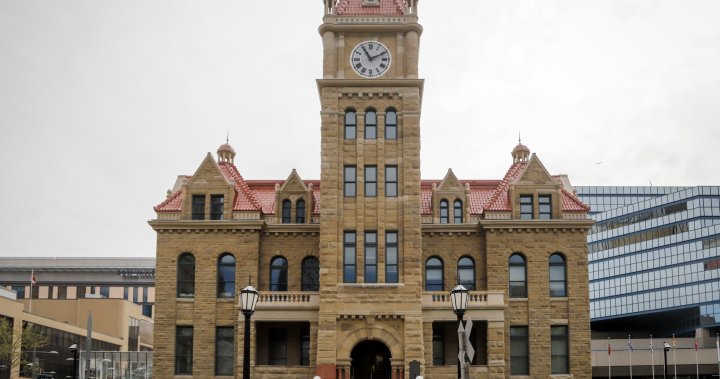 Between January and June, there were 63 shootings in Calgary; double the five-year average over the same time period, according to data from the Calgary Police Service.

According to the federal government, the $250 million fund is meant to support community organizations that address the root cause of gun and gang violence.

A city report said Calgary is eligible for a share of up to $7.7 million over four years if the application is successful.

How Calgary is tackling shootings and gang activity

Committee heard the city has to send its application to Public Safety Canada by the end of the year so the money could be allocated to community-based organizations in early 2023.

“This is that first step in that commitment into funding a very local, very specific, very municipal response that understands our own context better than the feds could,” Ward 8 Coun. Courtney Walcott said. “That is an important vote of confidence from the federal government that municipalities do actually know how to respond to the safety. We just need the support of all orders of government to do so.”

The city said it would rely on findings in a report from the community-based Public Safety Task Force.

The task force was formed in February 2020 and tasked with engaging with the community to provide advice and recommendations to identify and address concerns from the public about violence on city streets.

Some of the findings in the report include the need for communication and information sharing between the city and community organizations, as well as the need to connect programs with at-risk populations to help them navigate gang-specific programs.

“What the task force identified, a lot of it is what we’re seeing,” Centre for Newcomers youth program manager Noël Bahliby told Global News. “A lot of it has to do with some of those immediate challenges that families are dealing with, a lot of basic needs, the need for counselling, the need for language supports.”

The Real Me Gang Intervention Program is for first and second-generation immigrant youth considered to be at high risk for gang involvement.

The program provides supports through the Centre for Newcomers youth program by connecting them and their families with different resources offered within the city.

It was identified in the task force report as a target group for existing programs in Calgary for at-risk and gang-involved populations.

“If we do get that type of funding, it will really hit the city at a time when everybody’s aware, everybody’s thinking about this issue and they’re really prepared to work together and collaborate on it,” Bahliby said.

According to Doug King, a professor of justice studies at Mount Royal University, the findings identified in the report show the issue of violence is much deeper than social disorder.

“It is the social displacement, it’s social decay. It’s all of those things that are taking place… And the report is going to help as long as it’s funded,” King said. “They made the funding request, maybe for four years, but this is a funding request for the long term, 15, 20, 25 years; then the federal government’s got to step up here.”

The recommendation to apply for the Builder Safer Communities Fund still needs to get the green light from city council as a whole.

“I am confident that through our very smart and talented administrative team and through the many frontline organizations that we’ll be able to come to use those funds for a Calgary solution,” Ward 11 Coun. Kourtney Penner said.

–with files from Global News’ Tracy Nagai and Adam Toy