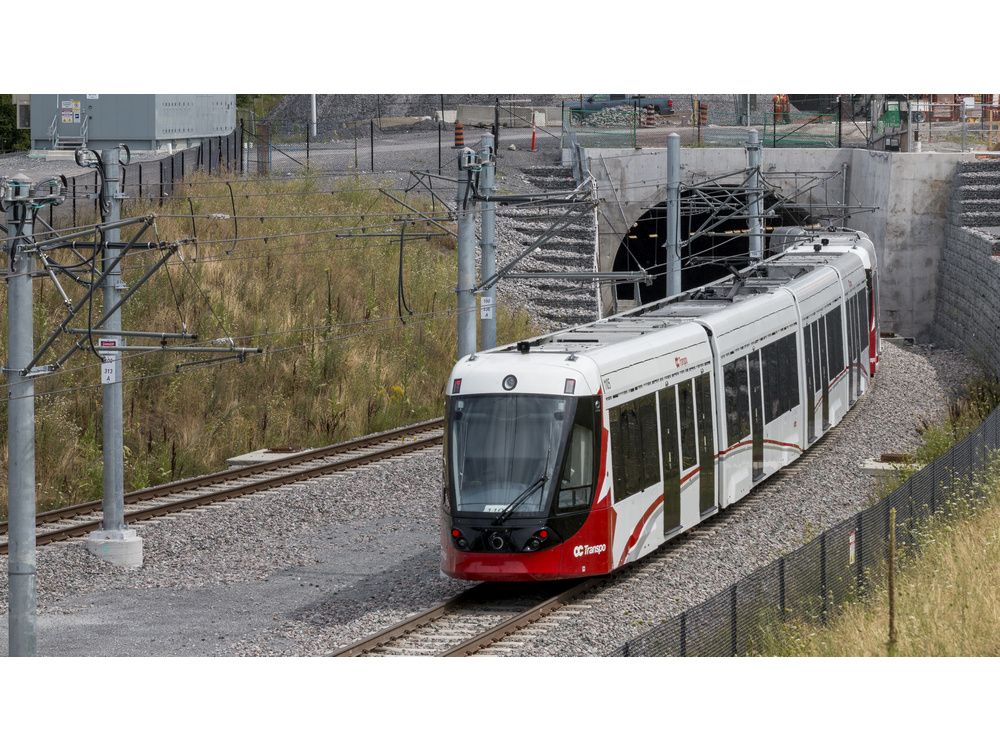 The City of Ottawa gave the Rideau Transit Group free rides on flaws identified on the LRT system as it decided if the private consortium achieved a major construction milestone in 2019, the inquiry commission heard Thursday.

Testimony from a key LRT manager on Day 9 of the inquiry also confirmed that the city agreed to change the trial running requirements on the fly, reverting to a less strict method for assessing the reliability of the system.

Richard Holder, who was recently appointed director of engineering services for OC Transpo, oversaw several parts of the Stage 1 LRT project as a manager in the city’s rail office.

Commission co-lead counsel Kate McGrann showed Holder a list of deficiencies — uncompleted items that were above and beyond those listed on a separate “minor deficiency” list — which the city endorsed deferring at substantial completion.

Asked if the deficiencies would impact the city’s enjoyment of the LRT system, Holder responded, “They would.”

On paper, those free passes were jaw-dropping, especially when it came to the Alstom Citadis Spirit vehicles.

For each of the 34 single train cars, a deficiency log said the fleet’s availability still needed to be confirmed.

Why would the city declare LRT construction “complete” with outstanding issues that would impact system reliability?

According to Holder’s testimony, the city was comfortable allowing RTG to defer deficiencies because it believed the company would rectify the issues before the fare-paying public boarded the trains.

The trains’ performance was also improving and the city had a new scaled-down service plan.

Holder said the city at the time believed only nine or 10 double-car trains would be required to handle passenger volumes in the peak periods, much lower than the 15 trains required under the contract.

“There were still steps remaining before we entered passenger service,” Holder testified Thursday.

But there was a significant change to the assessment criteria during the trial running as part of an agreement between RTG and the city.

The commissioner heard the peak-hour fleet was reduced to 13 trains as RTG was having trouble getting 15 trains out of the yard during the morning trials.

In addition, a test of the “average aggregate vehicle kilometre ratio,” which is a measure of performance, would achieve a pass at 96 per cent, instead of 98 per cent, and that metric would have to be achieved on nine out of 12 days.

Holder testified that the 98-per-cent rate “was a very tough target to achieve.”

The “revenue service availability” confirmation provided one last check before the city accepted the LRT system on Aug. 30, 2019. The confirmation came with a big payment to RTG under the contract for hitting the major milestone.

The commissioner, Justice William Hourigan, has heard evidence from several expert witnesses who said they questioned if the LRT system, while deemed safe for passengers, would provide reliable service out of the gate.

The early success of the LRT system largely depended on RTG’s ability to keep up with a heavy load of maintenance through the work of its affiliate, Rideau Transit Maintenance (RTM).

Holder testified that he believed RTG “would have additional people that would be available to undertake the extra work that was required within the first few weeks and months of revenue service until the deficiencies had been dealt with and until reliability issues had improved with the rectification of various retrofit programs that were in place.”

In reality, RTM became overwhelmed by the maintenance demands in the months that followed the system launch.

In questioning from city lawyer Jesse Gardner, Holder said he didn’t feel pressured to rush a declaration of substantial completion or reach a conclusion on trial running.

Holder said no city staffer or city consultant at the time told him that the system was not fit for use or would have reliability issues that should prevent the launch.

Transit customers would be very familiar with one of the deficiencies.

A camera system helping train operators monitor the station platform edges hasn’t been working, so the city allowed RTG to use workers to make sure customers weren’t trapped in the train doors. The spotters have been blowing whistles when it’s safe for the train to leave the station.

Holder told Transport Action Canada’s David Jeanes, who has standing to ask questions during the inquiry, that the spotters will “no longer be required very shortly” as RTG validates tests on the technology.

The commissioner was also scheduled to hear testimony from independent certifier Monica Sechiari on Thursday, but her appearance was re-scheduled for July 4.

The public can watch LRT inquiry hearings on video screens set up at Fauteux Hall at the University of Ottawa, online at www.ottawalrtpublicinquiry.ca or on Rogers TV (channels 470 in English and 471 in French).

On Friday, the scheduled witnesses are Matthew Slade, who held top jobs at OLRT Constructors and RTM, and Yang Liu, an Alstom engineer who worked on the commissioning and maintenance programs.