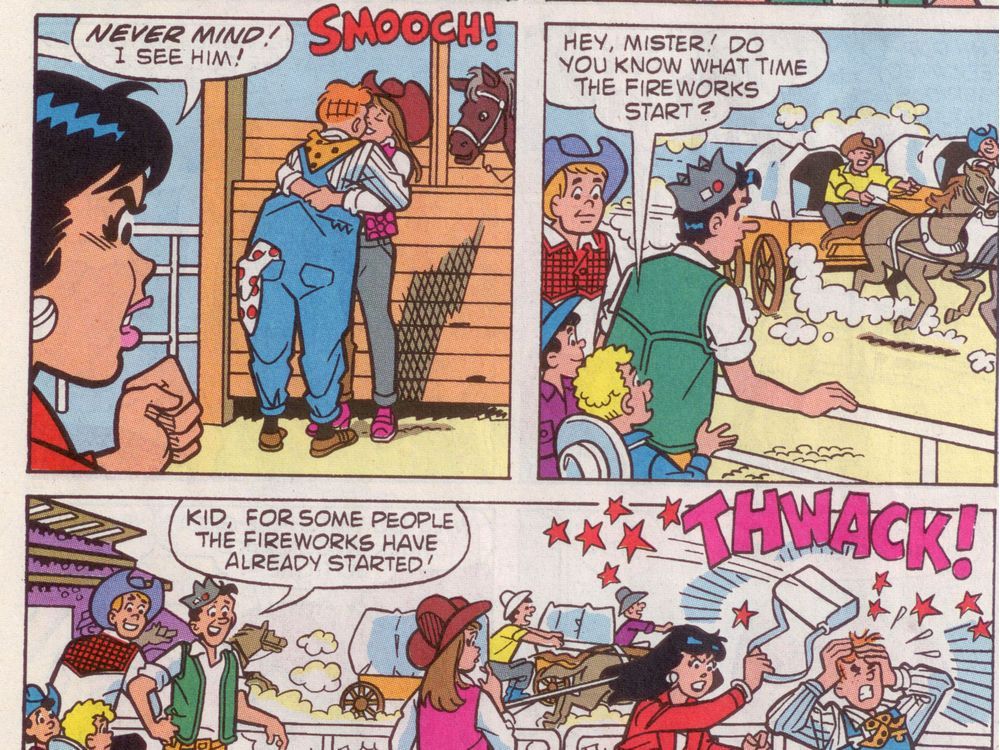 The Calgary Stampede has long been a part of this city’s history. In recognition of this year’s event, on 10 weekdays (between July 4  and July 15), we’re sharing archival photo highlights and and events of note from the first 10 decades of the Greatest Outdoor Show on Earth. This instalment: The Stampede in the 1990s.

1990: Stampede parties were held in Australia, Jakarta, Indonesia, the Sultanate of Oman and Bolivia.

1990: A then-16-year-old Paul Brandt enters the Calgary Stampede Talent Search for the first time and makes the top 10; he goes on to win the competition two years later, propelling him on a path to country music super-stardom.

1994: The Stampede Foundation was established.

1997: A permanent rodeo infield structure with 23 deluxe box suites was built at a cost of $8.2 million.

1998: It was the 75th anniversary of chuckwagon racing at the Stampede.