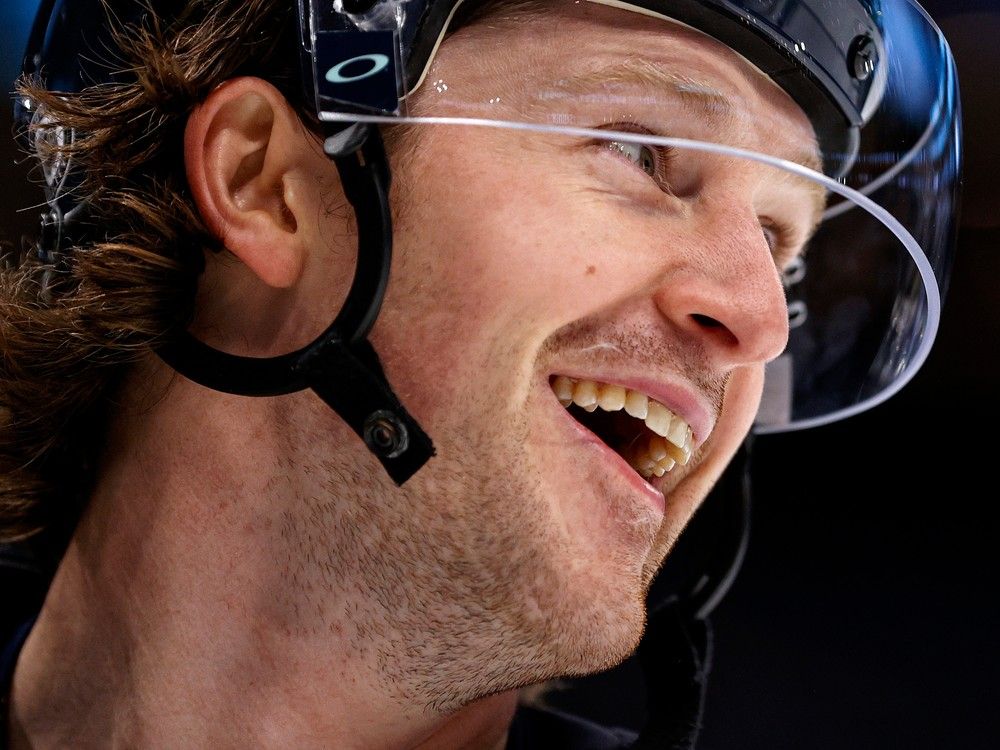 He has four in eight games. He scored 27 goals last season.

When he’s on the ice this season, 55 per cent of the shots taken are going towards the opposition’s net.

And he makes just US $5 million per season.

He continues to be a fascinating market inefficiency, a reminder of Vancouver Canucks misfires of the past.

Drafted in the first round in 2014 with the 24th pick, a pick obtained from the Anaheim Ducks for Ryan Kesler, McCann was seen as a big-upside player.

He made the Canucks out of training camp in 2015-16, probably a year too soon. He played a full season.

Then the Canucks traded him.

As has been well-documented, he was flipped to the Florida Panthers, along with a couple draft picks, for Erik Gudbranson. Then-GM Jim Benning thought his team needed to get heavier on the blue line and believed Gudbranson would help.

The Panthers were being run at the time by a forward-thinking group of young hockey minds who had won the ear of owner Vinnie Viola and had pushed aside GM Dale Tallon. Under Tallon, the Panthers had been spinning their wheels for six seasons and the owner wanted something new.

And so the Panthers looked at the Canucks, thought about McCann’s potential as a middle-six centre and looked at Gudbranson, whose skill set was not designed for the possession-based hockey that was more and more becoming the future, and offered him to the Canucks.

“There’s a market price for every player every day. There’s no excuse for not grabbing the best inefficiency available,” one NHL executive told Postmedia recently.

McCann has become the player the Canucks once hoped he’d be, a quality two-way centre with a nose for the net.

The current Canucks management should look to make a trade just like the Panthers’ braintrust did in 2016.

Can they find a young player with upside, who their current team just doesn’t value? Can they flip a player the other way who doesn’t make sense for this edition of the Vancouver Canucks?

It’s not easy, NHL GMs are a sharp bunch and the flat salary cap means many teams struggle for roster flexibility, but the Canucks’ management needs to try.