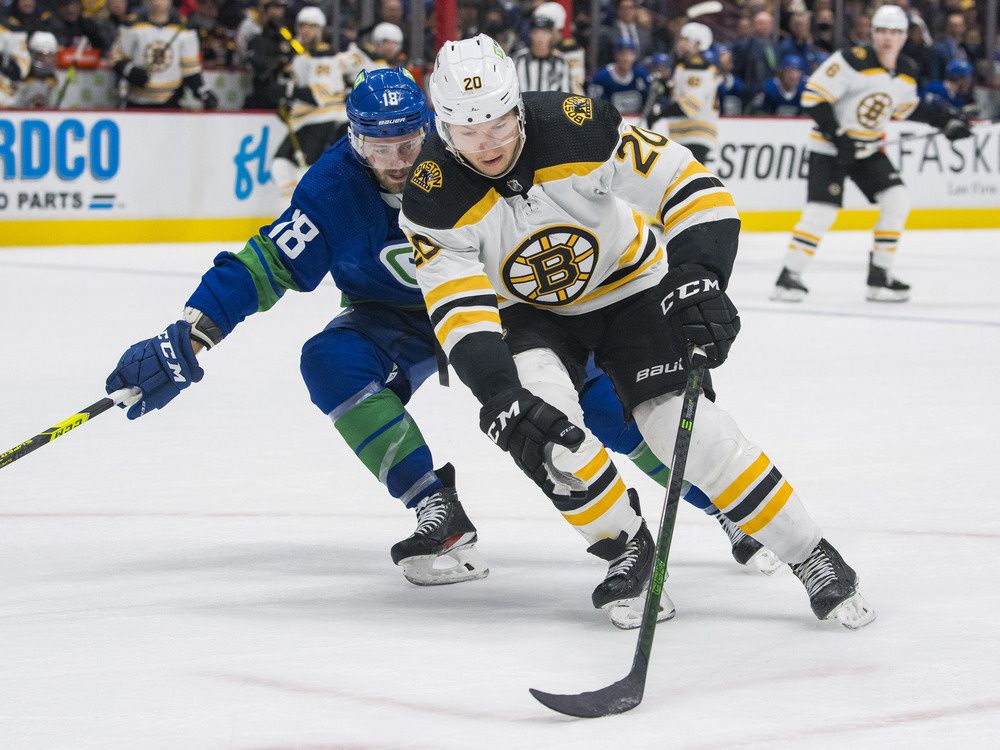 The plan for Jim Rutherford was to give the bottom-six a new and grittier look. He did more than that.

The president of hockey operations accomplished that first step in the early stages of NHL free agency on Wednesday morning. The Vancouver Canucks signed Salmon Arm, B.C., native Curtis Lazar to a three-year deal that carries an annual average value of US$1 million.

Lazar, 27, had 16 points (8-8) in 70 games last season with the Boston Bruins and the rugged 6-foot, 194 pound forward projects as a fourth-line centre or wing. And with the Canucks not qualifying Juho Lammikko and Matthew Highmore, it’s the first mover to make the club harder to play against — something that the new hockey operations department identified as a sore point.

“Curtis is a valuable addition to our group,” Canucks general manager Patrik Allvin said in a statement. “He grew up a Canucks fan, was raised in B.C., and already has a strong connection to our club. He is a responsible 200-foot player who can line up at centre or on the wing. Curtis brings energy, an ability to kill penalties and takes draws from the right side, which will be extremely valuable for our team.”

The Canucks have also signed Russian winger llya Mikheyev, 27, to a four-year deal at an annual average salary of $4.75 million. The big Russian winger had 21 goals in 53 games with the Toronto Maple Leafs last season and his 6-foot-2, 192 pound frame will add a needed element to the top six.

“Ilya will provide a lot of value in our middle six,” said Allvin. “His versatility and ability to do so many different things will be a huge boost to our group. Solid at both ends of the ice, Ilya’s speed is a real difference-maker. Not only does he kill penalties, but he also can create offensively as well.”

Mikheyev set career highs last season in goals (21), points (32), and plus/minus (+16). Of his 32 points, five were on the power play (4-1-5) and four were shorthanded (4-0-4). He also appeared in all seven of Toronto’s first-round playoff games and managed two goals and two assists.

A native of Omsk, Russia, Mikheyev previously played four seasons with Omsk Avangard in the KHL before arriving in the NHL. He had 120 points (62-58-120) and 46 penalty minutes in 224 regular season games. In an additional 44 KHL playoff games, Mikheyev collected 19 points (6-13-19).

The 6’1″, 180-pounder has appeared in 26 career NHL games (all with Chicago) since 2020-21, accumulating nine points (4-5-9) and six penalty minutes.  A product of Brandon, Man., Kalynuk was originally selected by the Philadelphia Flyers in the seventh round, 196th overall in the 2017 NHL Entry Draft.