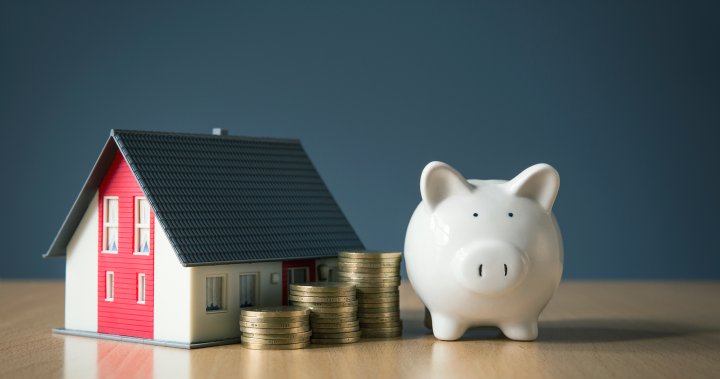 The past year’s housing slowdown has dragged down the average net worth of many homeowners in Canada — especially the youngest Canadians stretching to enter the real estate market, data from Statistics Canada showed this week.

But with most Canadians relying on the housing market to build their wealth, experts say there are other ways households should be looking to save and invest for the future.

Canada’s cooling housing market saw the overall value of real estate decline 5.2 per cent between the first and second quarter of the year, StatsCan said, the first such reduction seen since 2018.

That especially hit younger Canadians (aged 25-34) hard, the agency explained, because this age group tends to tie more of its net worth to real estate than older generations who have more diversified portfolios.

Homeownership rates on the decline in Canada, especially among young adults: data

The story many young Canadians are told — that they can buy a home and live in it while passively growing their wealth — has been an attractive tale that’s paid off for many generations, says Beata Caranci, chief economist of TD Bank.

She tells Global News that buying a home becomes something of “a forced-savings vehicle” as owners pay down their mortgage and the value of the home itself grows — a trend that’s largely been steady, save for the Canadian housing crash in the 1990s.

The dollar value of real estate aside, living in your own home provides a hedge against the cost of housing itself, whereas a renter might face sudden fluctuations in the market when they move from lease to lease, Caranci says.

“You’re living in it. And that’s something very unique to this type of wealth. So I think that has a double-win factor in the minds of Canadians,” she says.

But in a TD Economics report released this week, Caranci and co-authors Francis Fong and Mekdes Gebreselassie argue there are flaws with how closely tied Canadians’ wealth is to the housing market.

The authors point to the stark differences in the wealth of Canadians who own homes and those who do not as emblematic of the problem: the average net worth of homeowners born between 1955 and 1964 is more than six times that of non-homeowners born in the same period, according to the report.

“Wealth inequality in Canada is not just a story of rich versus poor, it is one of homeowners versus non-homeowners,” the authors write.

Caranci, speaking to Global News, also spells out the generational disadvantages tied to the current system.

Young Canadians who are able to buy homes in Canada’s increasingly unaffordable housing market are often those already in higher-income brackets and are relying on help from their parents to fund the down payment or other aspects of the purchase.

Issues of fairness and affordability aside, experts say it’s also not clear-cut whether owning a home is always the right financial choice for a household.

Personal finance expert Rubina Ahmed-Haq agrees with the notion that home ownership is “an excellent way to build your wealth,” but cautions that a home is “also a liability.”

“At any time the roof can leak, the furnace can go. You might need to do an emergency repair,” she tells Global News.

“Even though home ownership has been this sort of way to really show that, ‘I have arrived as an adult,’ it’s also something that can also cost you a lot of money. So when you are looking at homeownership as a way to build your wealth, you definitely should look at both sides of the financial equation.”

Should you rent or buy a home? Why that calculation might be changing

Ben Felix, head of research and portfolio manager at PWL Capital, says the math around homeownership is not always clear to Canadians on the outside looking in.

It’s not enough to just consider the difference between the purchase price and the sale price however many years later. Felix notes that maintenance costs, property taxes and renovations to the home are recurring and significant costs that take a chunk out of the overall return on a home.

“People sometimes get upset when I say this, (but) real estate is a depreciating asset,” he tells Global News. “It’s true land may appreciate over the long run, but buildings depreciate. You have to maintain them, there’s no way around that.”

Homeowners are also typically paying more per month than renters, Felix says, though he notes rents have been particularly high lately. But in average years cash flow tends to be better for renters, he says, which gives them more income to invest outside the home as owners incur a kind of “opportunity cost” in the form of money they could’ve been investing elsewhere.

And while homes have a reputation as a safe, low-risk asset for as long as you’re living in them, Felix says owners are more exposed to an uncertain housing market if they have to move. The differences between two cities’ housing markets could be severe, and the costs associated with moving, showing a home and closing on the transaction can be steep.

“If people are thinking about owning, I would tend to suggest you want to plan to live in a place that you’re buying for at least 10 years to make it have that safe attribute,” he says.

Upsides to the stock market

For Canadians looking for a place to park their money and let it grow for retirement or other future planning outside of the housing market, the stock market can be a good option, despite its reputation as a volatile institution, some experts say.

This year has been particularly volatile for the markets, as sudden drops and erased gains from the pandemic have routinely made headlines. As a result, an online survey for price and rate comparison site Finder published last week found almost one in four Canadian respondents have no confidence in the stock market and are planning to “cash out” before the end of the year.

Stocks or bonds? Here’s where to park your money as recession fears ratchet up

But experts who spoke to Global News say the market is not exactly the wild west it’s sometimes made out to be.

“Stocks aren’t risk-free by any means, but they’re not as risky as is often perceived,” Felix says.

“From just a wealth accumulation perspective, the expected returns on stocks are higher than real estate.”

The Credit Suisse Global Investment Returns Yearbook has tracked global investment returns for over 100 years. Between 1900 and 2017, the average global return from real estate investment — like owning a home — was roughly 1.3 per cent, it found.

For investment in the stock market, the average return was just over five per cent.

The market as a sole source of wealth generation isn’t necessarily right for everyone, Felix says, and does come with significant risk if an investor is staking their life savings on a single stock, for example.

But he says many Canadians will have a better chance of solid returns if they have a long investment horizon and a diversified portfolio of stocks and bonds. Those hoping to grow their wealth primarily through the markets will want a greater weighting of stocks than bonds in their portfolio to meet their goals, Felix adds.

Ahmed-Haq says stocks can be especially beneficial for younger Canadians who are just starting their careers and have time to let their portfolio grow and absorb the downturns of the market. Speaking to a financial advisor to determine your “risk tolerance” would be a good place to start, she recommends.

Crypto and tech stocks are plummeting. What that means for your investments

“If you’re someone who can manage the ups and downs of the market — you have time on your side, you’re a young person that maybe has a 40-year time horizon to invest — then maybe you can take a little bit of risk after you understand what that risk is,” she says.

“There are always options out there that have nothing to do with the real estate market.”

Other ways to build wealth

One of the major factors separating wealth built through the housing and stock markets is how those returns are taxed, Caranci notes.

Capital gains are not taxed from the sale of your primary residence, while returns from financial assets like stocks are largely taxable.

As housing affordability remains a critical issue in Canada, Caranci says there’s more the federal government could do from a policy perspective to make stock-based wealth more accessible and attractive for young Canadians who can’t buy a home. Future programs could help level the playing field for Canadians who don’t have access to generational wealth, she argues.

Housing affordability in Ontario has eroded faster than any province amid COVID-19: report

But she also says that registered accounts such as the tax-free savings account (TFSA) or registered retirement savings plan (RRSP) are underutilized by eligible Canadians, which she says points to a knowledge gap in how existing programs can help build wealth.

“It always starts with the financial literacy element,” Caranci says.

Ahmed-Haq says it can be intimidating to enter the investing world without much background in the space, but what’s more important than a perfect plan is just getting started sooner than later.

“The number one thing that anyone that … (who) wants to build wealth (can do) is just start saving your money.”

2:20‘Tinder for real estate’: Home co-ownership on the rise amid housing crisis

‘Tinder for real estate’: Home co-ownership on the rise amid housing crisis – Sep 3, 2022