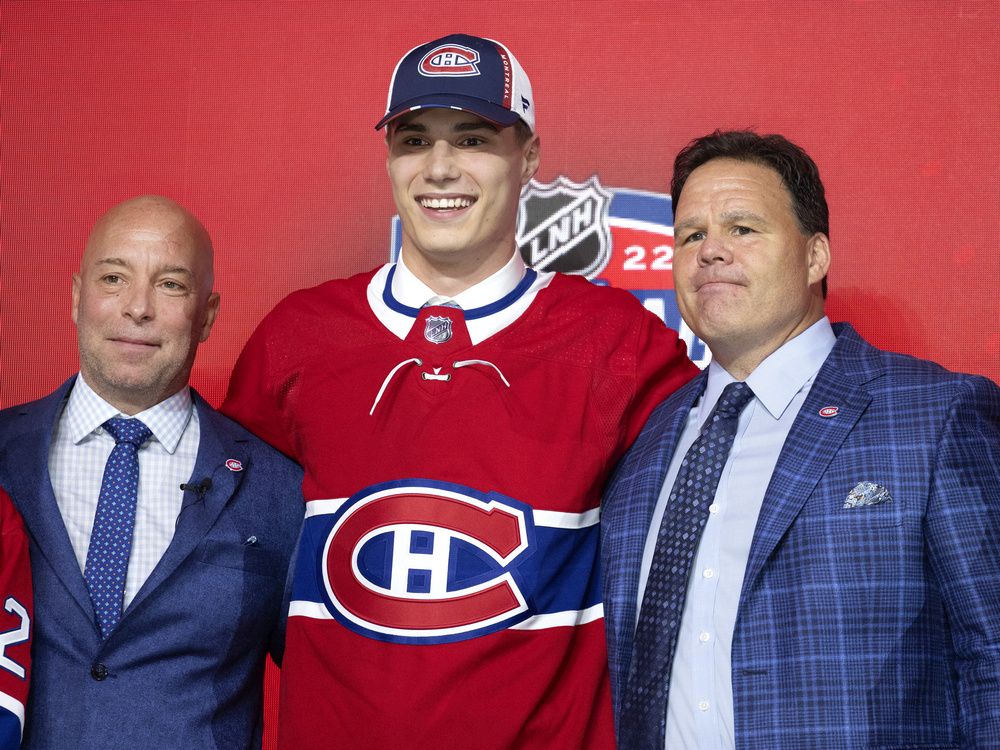 The team also announced the signing of three other players on the first day of NHL free agency.

The Montreal Canadiens announced Wednesday the signing of Juraj Slafkovsky, the No. 1 overall pick in last weeks draft, to a three-year, entry level contract.

The team also announced the signing of three other players on the first day of NHL free agency.

Bowey, 27, spent most of last season in the AHL with Abbotsford and tallied eight goals and 20 assists. Bowey has dressed in 158 NHL games with the Washington Capitals, Detroit Red Wings, Chicago Blackhawks and the Vancouver Canucks, scoring five goals and 35 assists.

Richard, 25, of Trois-Rivières, dressed for two NHL games with the Nashville Predators. Last season he played 71 games in the AHL with the Syracuse Crunch and Milwaukee Admirals, scoring 17 goals and 21 assists.

Stephens, 25, played in 27 games last season with the Detroit Red Wings where he recorded six assists.