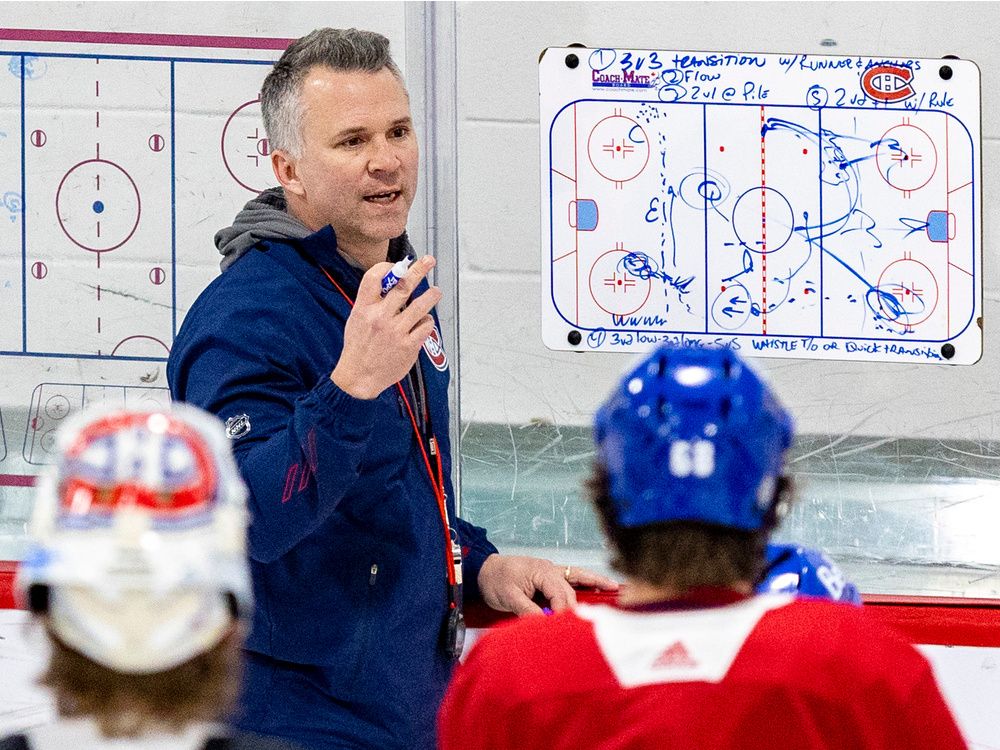 That has changed dramatically since Jeff Gorton took over last November as the Canadiens’ executive director of hockey operations.

Ramage called Poulin a “generational talent” and an “elite athlete” and said he’s looking forward to learning from her.

“We like winners,” Ramage said about Poulin, the captain of the Canadian women’s team who scored the winning goal in three of the four Olympic gold-medal games she has played in, earning the nickname Captain Clutch. “It’s nice to have someone with her pedigree with the group.”

The “old maestro” now has a lot of help as he oversees the Canadiens’ development program.

The members of the player development team were all made available to the media Wednesday afternoon at the Bell Centre and Ramage said the key will be for the group to communicate well.

“We will be in contact on a regular basis,” he said. “We’re all very familiar with Zoom calls now, so that’s not an issue no matter where we are. We touch the lives of these players that we’re developing on a regular basis, so it’s information, communication and make sure we’re staying with the task. I’m not going to go into any more detail than that. It’s complicated, but it isn’t. It’s still hockey. It’s relationships and making sure that these young guys are on the proper path, proper course and that we’re watching.

“Adam’s a new wave as far as the development on the ice,” Ramage added. “You’ve been watching practices and the scrimmages. What he and Scott are doing, the players love. You can see the enthusiasm. It’s not like: ‘Ah, geez, another drill, we’ve done this one 100 times.’ It’s exciting to watch what they’re doing.”

Josh Anderson worked with Nicholas all summer and so did captain Nick Suzuki. Nicholas puts a lot of focus on the thinking aspect of the game and where players need to be when they don’t have the puck.

“He’s been amazing,” Anderson said. “Not only for the guys on the team, but me personally working with him close this summer. I haven’t really had anybody teach me that side of the game. I’ve always been a north-south player. But him and Marty (St. Louis) working together and showing you different ideas — really how to make you smarter on the ice.

“You got all the skill sets like skating and shooting a puck, but it’s those secondary plays,” Anderson added. “Can you turn up, can you read off a guy when his back’s turned in those situations. Him just showing me clips of other NHL players, what to look for, what to see in those departments, it’s been very interesting working with him and definitely great addition for me to work on my game.”

Suzuki said Nicholas brings a different mindset and different energy to the team.

“He definitely brightens up the room and gets the guys going in the morning,” the captain said. “He seems like he drinks three coffees before coming to see us. He’s just ready to go. But his mind for the game is definitely really bright and bringing a lot of new ideas and new drills to us and it’s been a lot of fun.”

St. Louis said the players are buying into the new development program. He’s not sure if it’s a full buy-in yet, but that if there was going to be resistance it would have come after Nicholas was hired last March and started working with the players on new concepts. The head coach added it’s important to explain to the players why they’re doing what they’re doing and once a large group of them buy in the rest will follow.

“There’s a great saying Marty Lapointe (now the director of player personnel and amateur scouting) used to say to me when I was working with him,” Ramage said. “We can’t want it more than them. This is still a game of passion. Sometimes that lightbulb just doesn’t always go on. There’s a time frame for all these guys … the clock’s ticking. We do draft every year and, unfortunately, we have to let some players know that.

“They’re coming … you better find that seat and grab onto it and fight for it because you’re going to have to fight for it every year.”