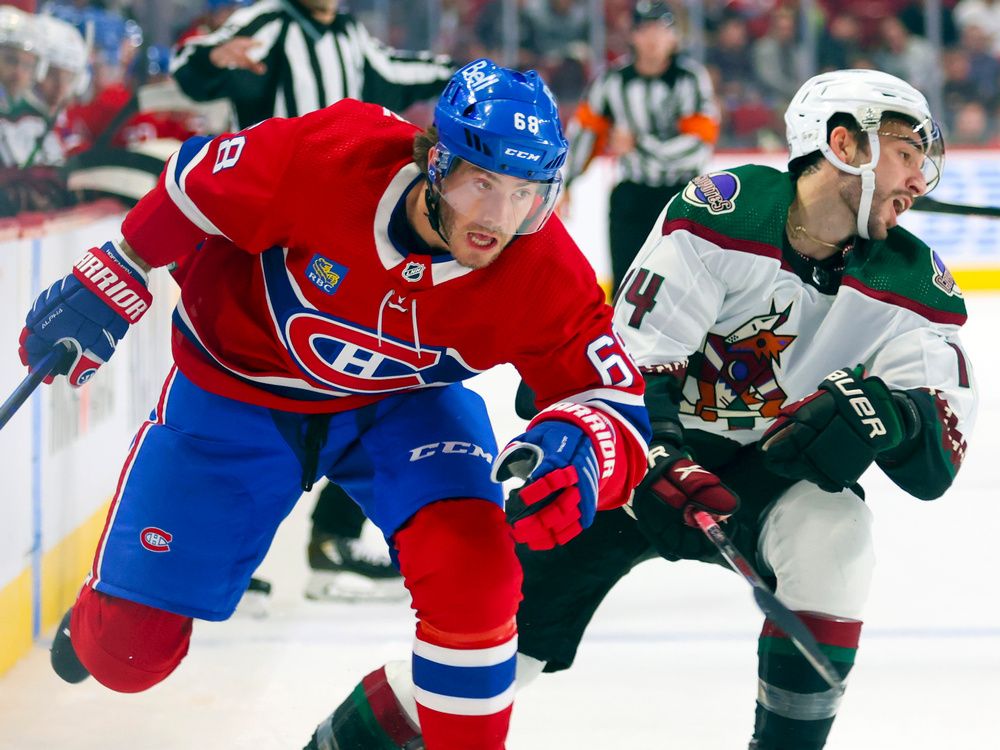 BUFFALO — The Canadiens shuffled off to Buffalo for Thursday’s game against the Sabres (7 p.m., TSN2, RDS, TSN 690 radio, 98.5 FM) and Martin St. Louis marked the occasion by shuffling his lines.

That’s why Jonathan Drouin finds himself at right wing on a line with Sean Monahan and Kirby Dach, while Anderson is on the left wing with Christian Dvorak and Brendan Gallagher.

Speaking of Dach, his success rate in the faceoff circle this season is 32.6 per cent, which is slightly below his career average, but St. Louis didn’t seem overly concerned and said failure is part of the development process.

Samuel Montembeault will get the start in goal against the Sabres and Jake Allen will be in nets Saturday, when he returns to St. Louis where he played from 2011-20.