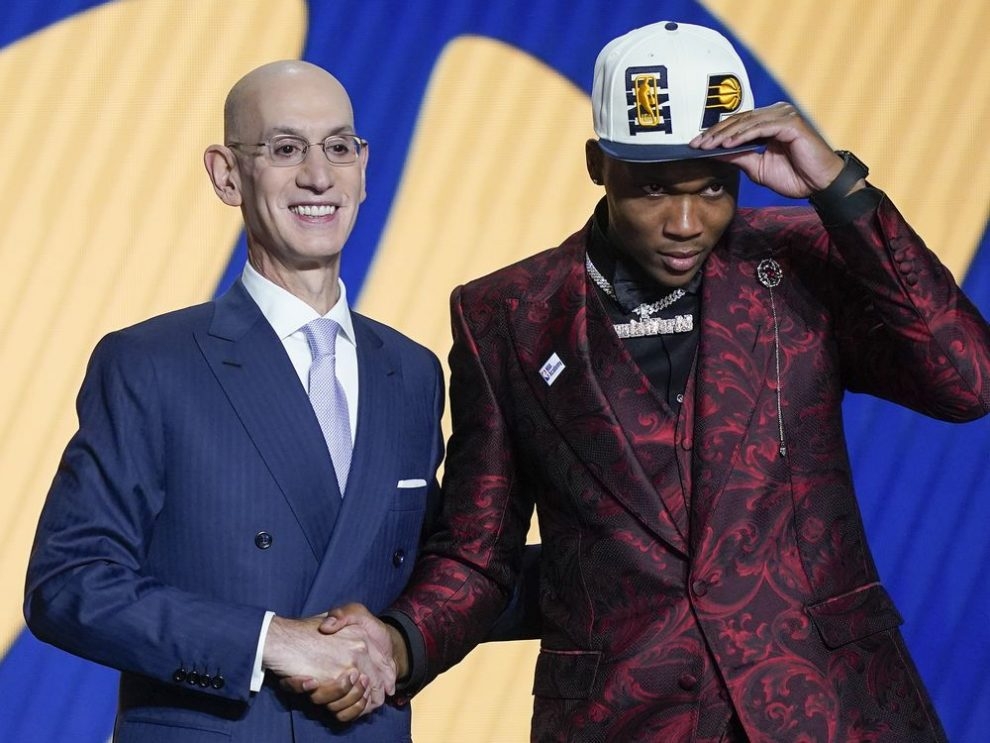 BROOKLYN, N.Y. — Canadians Bennedict Mathurin and Shaedon Sharpe were selected back-to-back in the first round of Thursday’s NBA draft.

Mathurin, a 20-year-old from Montreal, was selected sixth by the Indiana Pacers.

Moments later, the Portland Trail Blazers took Sharpe, a 19-year-old from London, Ont., at No. 7.

It’s only the second time in history that two Canadians have gone in the top 10 in the NBA draft. In 2014, Andrew Wiggins was taken first overall by Cleveland, and Sacramento took Nik Stauskas with the No. 8 pick.

Mathurin and Sharpe took very different paths to the draft.

Mathurin, a 6-6 guard, became the first Canadian to attend the NBA Academy in Mexico City from 2018-20. He then played two seasons at the University of Arizona, winning the Pac-12 Tournament’s most outstanding player honours, and averaging 17.4 points and 5.6 rebounds a game this year.

He scored 30 points in a big game in the second round of March Madness, helping Arizona beat Texas Christian University in overtime.

He joined the Kentucky Wildcats in January, but never played a game, and then raised eyebrows when he declared for this year’s draft.