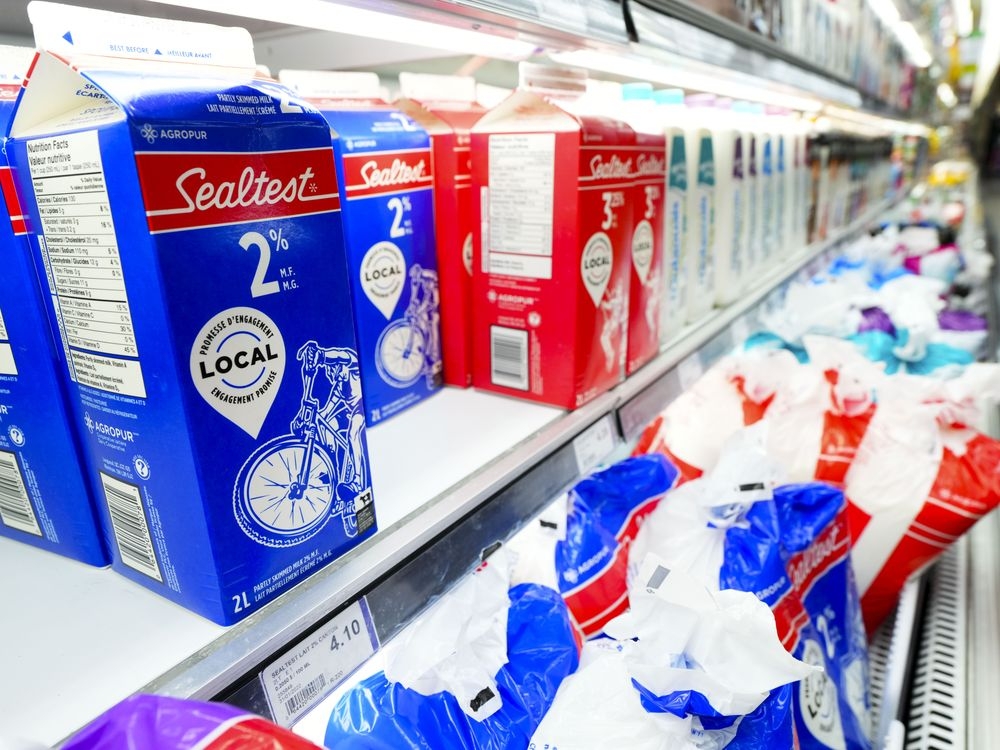 More price increases will hit grocery stores this fall in a year that has already seen nearly double digit increases in food costs.

The letters signal more price increases will hit grocery stores this fall in a year that has already seen nearly double digit increases in food costs.

In some cases, the higher prices are due to the Canadian Dairy Commission’s approval of a second milk price increase this year, thatwhich will see farm gate milk prices go up about two cents per litre, or 2.5 per cent, on Sept. 1.

Yet dairy processing companies appear to also be tacking on their own increases, the so-called piggybacking of price hikes some industry observers warned would happen.

Lactalis Canada, for example, says in a letter to its customers it must implement an average national market increase of five per cent this September, a rate it says takes into account the CDC pricing increase and “significant inflationary costs” the company is facing.

The increases in milk and cheese prices being shared with grocers underscores how regulated dairy price increases are compounded by additional price hikes by companies, said Gary Sands, senior vice-president of public policy with the Canadian Federation of Independent Grocers.

“The timing of the increases almost seems like they are piggybacking on top of the regulated increases,” he said. “The net effect is to further exacerbate the issue and concerns around affordability.”

Affordability concerns are especially acute in rural and remote communities where transportation and fuel surcharges are higher, Sands said.

“The increase in price for these essential products is of particular concern in those communities,” he added.

The price of food purchased at stores rose 9.7 per cent in May compared with a year ago as the cost of nearly everything in the grocery cart went higher, Statistics Canada said last month.