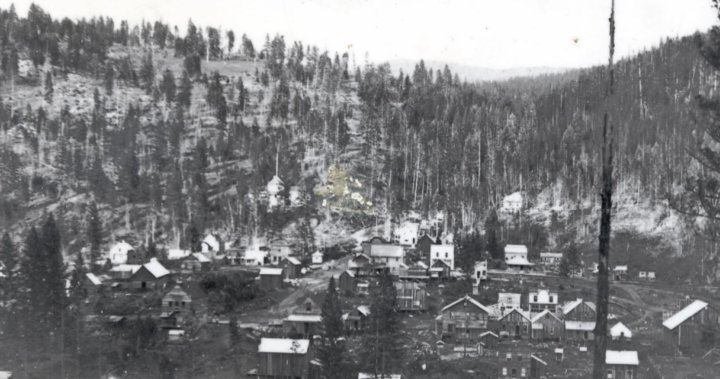 With a population of 727 people, Greenwood, B.C., is Canada’s smallest city.

And this week, the small community, located two hours southeast of Kelowna and near the U.S. border, is celebrating its 125th birthday.

This year’s anniversary focused on the sizeable role it played in Canada’s development.

Mayor Barry Knoll explained that people moved to Greenwood in the 1800s with the desire to strike it rich.

Fortune seekers hit up the small town looking for gold or silver, but copper turned out to be its most profitable export.

In the early 1900s, Greenwood was home to the B.C. Copper Company, one of the largest smelters in the British Empire, and Knoll said times were prosperous, though they were relatively short-lived.

When the First World War ended, the demand for copper dropped and the smelter was shuttered by 1919.

Greenwood was poised to become just another mining-era ghost town with a population of only 200, down from the 1,500 who called it home during the mining boom.

2:13This Is BC: Man creates museum to pay homage to Japanese Canadians detained in internment camps

This Is BC: Man creates museum to pay homage to Japanese Canadians detained in internment camps – May 3, 2022

However, a dark chapter in Canadian history followed, breathing new and unexpected life into the small mountain city.

“After the bombing of Pearl Harbor, there was the forced internment of the Japanese Canadians off the west coast,” explained Doreen MacLean, president of the Greenwood Heritage Society.

The federal government ordered that people of Japanese descent would either be repatriated, despite the fact they were actually Canadian, or go to camps.

“So the mayor of the day, Mayor MacArthur, got together with the Catholic bishop in Nelson and approached the government to see if they would bring some of the Japanese Canadians to Greenwood,” MacLean said.

According to MacLean, 1,200 Japanese arrived in Greenwood, albeit mostly women, children and the elderly, moving into old hotels and large buildings.

“Those buildings were converted to crude living conditions … it was kind of like communal living,” said MacLean.

“The centre of a floor in one of these buildings would have had a stove, and there would have been partitions all across the flooring. They would have had to share cooking facilities, toilets, washrooms, this sort of thing.”

While many Japanese-Canadians were treated poorly in the towns they had been relocated to, the people of Greenwood were welcoming, MacLean said.

So, when the internment centres were disbanded, many Japanese people went to Greenwood first before going further east.

The economy, though, was never strong enough to provide a reason to stay.

From economic foundations to historical failures, all of it is important to know, said MacLean, adding it’s so Canadians can better understand themselves.

Today, however, for all its booms and busts, Greenwood’s current mayor sees cause to enjoy the “peaceful and tranquil” present.

“Greenwood is now a retirement centre and we get a lot of new people moving in,” said Knoll.

“We’ve had a lot of interest the last couple of years and we seem to be coming along with a lot of interest in rural living. It’s becoming a community like a little Sleepy Hollow, but it’s definitely still got the city feel.”

The party to celebrate all things Greenwood takes place this Saturday and Sunday and all people are welcome.