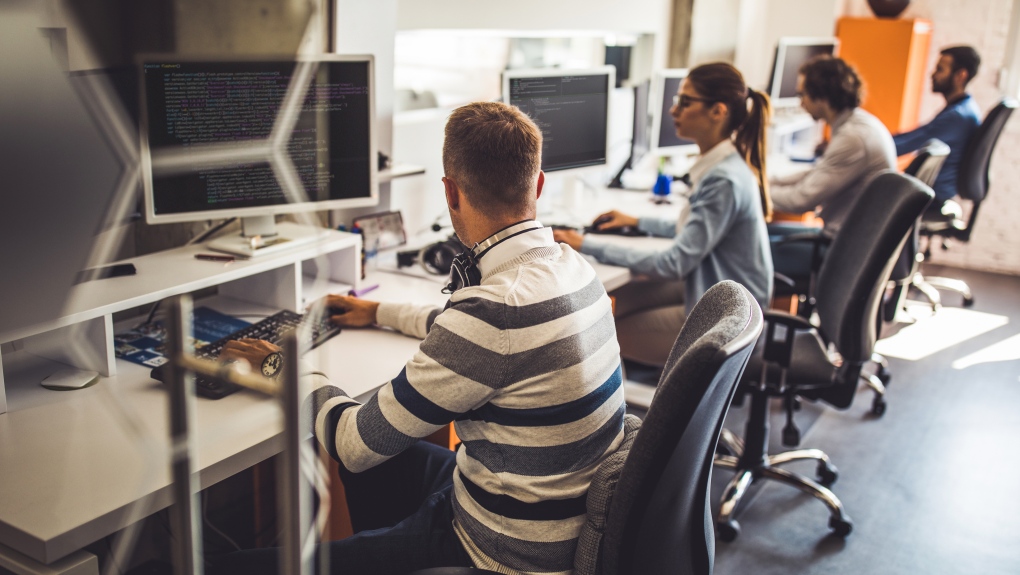 The large skills gap in Canada’s labour force has only widened during the pandemic, according to a report from the Conference Board of Canada, with experts saying this is a “critical” time when the country must invest to create a more skilled workforce if it wants to stay competitive globally.


Since the start of the pandemic, Canadian businesses have come to rely more on digital tools and technologies. According to a recent report on “Digital Skills for Today and Tomorrow” by the Conference Board of Canada, in partnership with Future Skills Centre. The Conference Board report projects that over the next 10 years, nine out of 10 jobs will require digital skills.


“We definitely have a labour shortage but we also have a skill shortage because the companies’ needs are shifting due to increased automation,” Dr. Tricia Williams, director of research, evaluation, and knowledge mobilization at Future Skills Centre, told CTVNews.ca in a phone interview on Thursday. “So, individuals finding their skills obsolete would need to upskill or invest in new skills.”


According to a report by StatCan, more than half (56.1 per cent) of Canadian businesses in 2021 said that their current workforce was not fully proficient to perform jobs at the required level. A majority of businesses reporting skills gaps were either large firms with more than 100 employees (93 per cent) or midsize with 20 to 99 employees (90 per cent). Three-fifths (60.3 per cent) of businesses said they were facing at least one negative consequence to their activities because of the skills gap in their workforce. While the regional disparities were minor, the distribution across different sectors has been uneven. For example, the accommodation and food services sector showed the highest rate of skills gap out of any other sector, with nearly four-fifths (78 per cent) of businesses struggling to hire.


Skills with the highest gap


Businesses reporting skills gaps reported that technical, practical, or job-specific skills showed the highest gap (57.5 per cent), followed by problem-solving (46.2 per cent), according to the numbers released by StatCan.


Another report tracking global digital skills readiness gave Canada an index score of 23 — which is below the global average of 33 (out of 100). The 2022 Salesforce report, “Global Digital Skills Index”, surveyed 23,000 employees across 19 countries. Canadian employers also expressed concerns related to salary inflation, as well as loss of talent to other countries, such as the U.S., where salaries tend to be higher.


The U.S. had a higher index score of 36, which shows a high level of readiness for digital skills in the workplace. According to the report, at least four out of five Canadians (81 per cent) felt they did not have the resources to learn digital skills. Prospective employees surveyed rated themselves as a beginner in artificial intelligence, coding and development, and product management tech.


Digital skills needed in the pandemic-era workplace have gone far beyond basic digital literacy. Companies need workers with stronger abilities and a deeper understanding of advanced digital areas such as data analysis, cybersecurity, and Cloud technology. With big tech companies opening up offices or expanding their existing workspaces in Canada, employers are looking for workers with advanced digital skills to solve problems and help make informed decisions.


A large proportion of the Canadian population is changing due to baby boomers getting older and immigration boosting numbers for a younger workforce. Millennials in Canada account for the largest share of the working-age population (33.2 per cent) but many are struggling to meet the skills demand in the workplace.


According to the Salesforce report, only 40 per cent said they are very prepared with workplace digital skills, in comparison to 50 per cent in the U.S. In five years, only 23 per cent felt they will be “very equipped with resources to learn digital skills”.


The skills gaps and the willingness to hone new skills also vary by generation.


But digital skills may not be the only gap the Canadian workforce faces, Williams said.


“But I certainly feel that older Canadians wanting to stay active in the workforce, should also think about upskilling and staying updated with the current skills demands including digital technology.”


Conversely, she said that as digital natives, Gen Zers need to engage conversations that aren’t only limited to the hyper-connected digital world. “So, we need to ensure that we’re developing and balancing both these digital and general life skills,” Williams said.


Another report by The Conference Board of Canada showed that the six skills for which vacancies incur the highest costs are active listening, critical thinking, reading comprehension, speaking, monitoring, and coordination. These skills-related job vacancies cost the economy as much as $25 billion in 2020 – about 1.3% of Canadian’s GDP.


The unrealized economic value of $25 billion in 2020 is a 67 per cent increase from $15 billion in 2015. Rising job vacancy numbers, higher wages, and changes in the types of available jobs have all contributed to this increase, according to a recent report on skills vacancies by the Conference Board of Canada.


To meet the demands of this unique labour market—record retirements, labour shortage, layoffs/hiring freeze, and a looming recession—it becomes even more important that the Canadian workforce is prepared for what lies ahead.


“This is a critical time for Canada to invest in skills to stay competitive with the U.S. and Europe,” Williams said.


Companies are providing in-house training to bridge the skills gap among the workforce. More than seven in 10 businesses (71.0 per cent) provided training to their employees in 2021. Almost all belonged to large businesses (97.6 per cent). But Williams said that might not be enough because only large firms have the means to fully digitize their workforce.


With the workforce in small and mid-size companies accounting for the largest proportion of the labour force, it becomes critical that skills training opportunities are available to employees across all sizes of firms and don’t just go to the wealthy, larger corporations, she said.


Williams said that the thinking around acquiring skills needs to shift to lifelong learning. “We have now started seeing more attention to micro-credentials and about what that looks like in practice,” she said.


Immigration is another tool to attract those with a specialized skill set. The training, education, experience, and responsibilities (TEER) system, which Immigration, Refugees and Citizenship Canada (IRCC) will implement in November, would invite applicants based on occupation, language or education rather than the traditional Comprehensive Ranking System.


“This will help alleviate some of the labour shortages seen across the country in various sectors,” Rick Lamanna, director at Fragomen Canada, an immigration services provider, said in a phone interview on Thursday. “It is an attempt to address the skills gap and will clearly define what is required to work in an occupation combined with targeted draws.”


But Williams said that Canada also needs to recognize and tap into the current skill set immigrants bring. “Because, if we can’t find a way to recognize their skills and get them to use them, then we are really going to be far behind our peers,” she said.