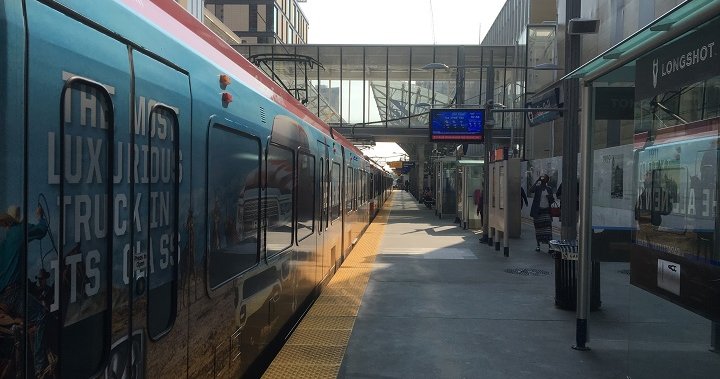 The Calgary Police Service says it has arrested and charged a man in relation to an unprovoked assault on a CTrain platform in April.

On April 18 just before 8 p.m., a man in his 50s entered a shelter on the City Hall LRT platform when an unknown man and unknown woman approached him. According to the police, the man grabbed the victim and threw him off the platform onto the train tracks headfirst.

Officers say the suspects then fled the area, leaving the victim unconscious on the train tracks.

Police say they arrested Ilya Zianchurin, 32, on Tuesday in connection with the incident through tips from the public. He was charged with assault causing bodily harm and is scheduled to appear in court on Aug. 2.

The CPS says officers have identified the woman and are trying to locate her to discuss her involvement in the incident.