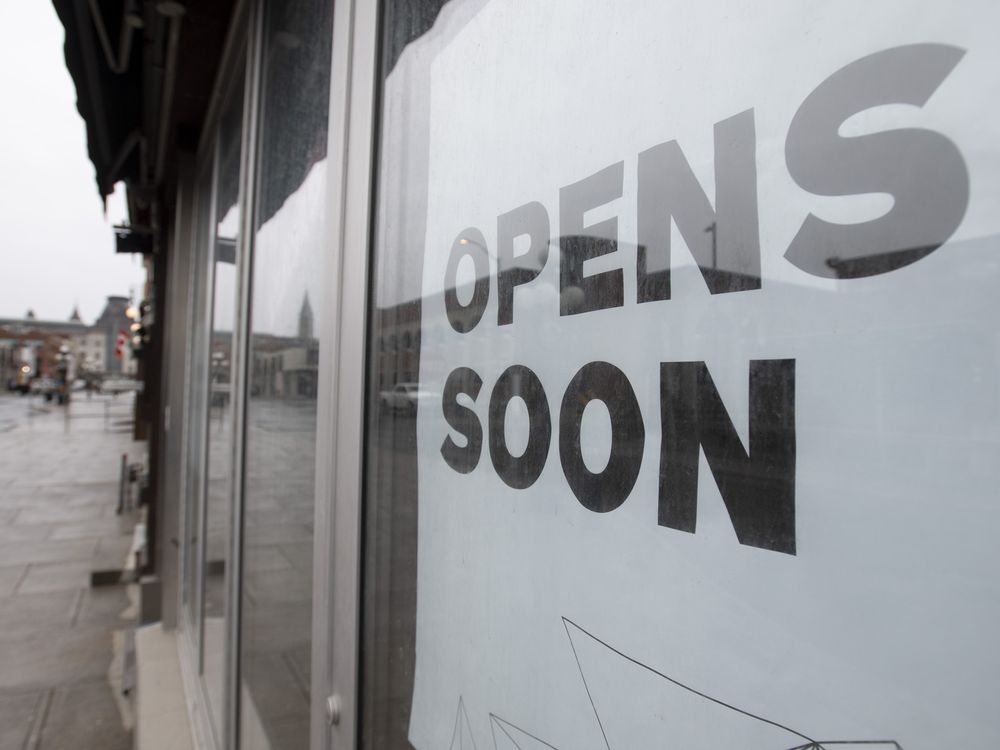 TORONTO — New business openings in the second quarter of 2022 were down almost 50 per cent compared with a year ago as economic pressures rise, says credit reporting agency Equifax Inc.

The sharp pullback in openings, which is also down by almost 49 per cent compared to the same quarter in 2019, marks a shift from the sense of optimism last year among consumers and business owners as vaccines were rolled out and restrictions eased, said Jeff Brown, Equifax’s head of commercial solutions.

The reopening of the economy in 2021 led to a bounceback in openings across all industries after months of abnormally low levels due to the COVID-19 pandemic, a reopening trend that, while slowing, didn’t significantly drop until the second quarter of this year, said Brown.

There is normally a large uptick in business openings in the second quarter of the year as businesses gear up for the summer, said Brown, a combination of new businesses registering and existing ones becoming financially active.

In June 2022, the business opening rate took its biggest dive since the early days of the pandemic, decreasing by 11 per cent to 4.2 per cent.

This is a “discouraging” sign, said Deloitte chief economist Craig Alexander, noting that the decline was reflected countrywide.

Brown said the lack of openings this year come as small businesses, which make up the bulk of new openings, struggle with inflation, decreased consumer spending, increased debt from pandemic loans, and supply chain problems.

“Unfortunately, it’s a bit of an uphill battle for a lot of businesses.”

Business openings are a sign of economic optimism, and so a drop in openings is a sign of the opposite, a sense of pessimism about what’s to come, said Alexander. Like many market watchers, he believes that Canada’s economy is headed for a recession.

“The decline in the business opening rate is a signal of the weakening of the Canadian economy and expectations of further economic weakness to come,” he said.

With the looming recession, the higher cost of borrowing, and the difficulties many sectors are having in hiring workers, entrepreneurs may decide to hold off on their business plans until a less volatile time, said Dan Kelly, president of the Canadian Federation of Independent Business.

There are still opportunities out there, but they’re “not for the faint of heart,” he said.

Existing small businesses are also still dealing with the COVID-19 hangover, with fewer than half back to normal sales and many struggling with extra debt, said Kelly.

Since many businesses are started by existing business owners looking to expand, those owners are likely holding off while they try to bring their current companies back to pre-pandemic profitability, he said.

The drop in openings is “deeply concerning” for the whole market, said Brown, as small businesses purchase goods and services from bigger companies.

“It’s not only the little guys that are going to be affected by this, but the large ones as well.”

Business openings are a lagging indicator, and Alexander believes the June data shows the early days of the impact of the Bank of Canada’s rate hikes.

Though the drop was across industries, certain sectors were hit harder: construction, manufacturing and automotive.

Brown, who said normally about 100,000 new businesses open in the second quarter, sees the significant drop was a sign of a potential recession ahead.

The worrying trend comes as Equifax said debt levels, delinquencies and bankruptcies are creeping back up toward pre-pandemic levels as stresses on businesses rise.