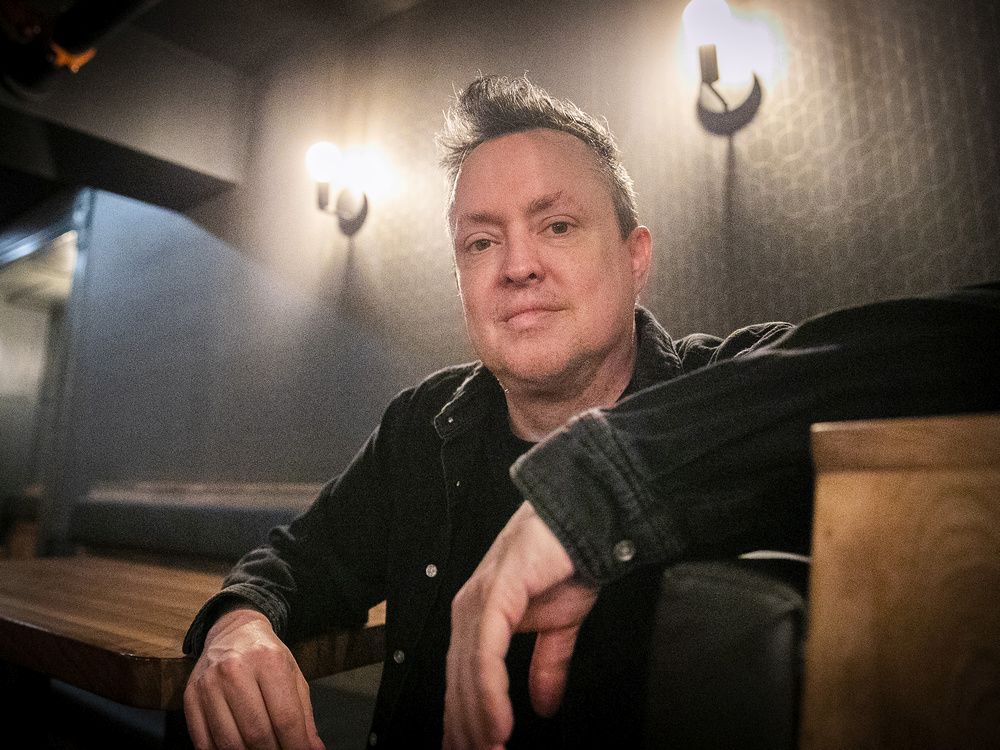 Outside of the United Kingdom, it’s highly unlikely that many were aware of a feat achieved by Chris and Rosie Ramsey. The couple made it into the Guinness World Records for the most tickets sold for a podcast recording, at London’s O2 Arena on Nov. 30, 2021 for their contribution to culture, Sh**ged, Married, Annoyed. An audience of 13,480 caught the British couple bickering.

But there was at least one person on this side of the pond who took note of the couple’s accomplishment and was determined to go where no podcaster had previously gone. Now, ever-enterprising Quebec comic Mike Ward is about to shatter that Guinness record on July 22 in conjunction with Juste pour rire.

Ward has already surpassed the Ramseys, having sold more than 20,000 tickets for the recording at the Bell Centre of his hit podcast Sous écoute, which is reputed to be the most popular French-language podcast in the world.

Ward will let loose for four hours, in separate two-hour podcasts, with a group of surprise guests — “big francophone Quebec stars.” All that is really known about the guests is that venerable Habs organist Diane Bibeau will be accompanying — carefully — gonzo comic/’rassler/actor/performance artiste Mike Paterson in his crooning of the national anthem. Almost worth the price of admission on its own.

“It was a bit of a lark,” notes Ward, 49, in the comfy confines of Le Bordel, the Ontario St. E. comedy club he co-owns. “No shtick, nothing prepared. No idea what we’ll be talking about. That’s the beauty of it.”

Nor will he try to replicate the antics of the Ramseys by bringing his bride into the podcast. “She will be annoyed, but she won’t be up on stage with me,” Ward cracks.

He had some stipulations before going ahead with the Evenko/Juste pour rire/Ward co-production. He wanted to take advantage of the entire 20,000-plus-capacity Bell Centre — not just the smaller amphitheatre configuration used for some performances — and he wanted to keep a ceiling on ticket prices, making it affordable for fans. He had his wishes fulfilled.

To the shock of most, there are now only pockets of $30 tickets still available.

“It makes no sense at all,” Ward says with a grin. “Few ever expected this, but I really wanted the event to be bigger than Aerosmith, like a U2 show. We’ve already beat the record for most tickets sold by a comedian at the Bell Centre. But comics like Sebastian Maniscalco, Kevin Hart and Russell Peters had to deal with bigger stages than I will. I’ll just have my little table on a small stage.

“We would have beat the whole Bell Centre record, but they changed three of the sections, turning them into VIP areas. I would have liked to beat that record, UFC 83, when Georges St-Pierre fought there, but even if we sell every last ticket, we’ll still be 200 short of the St-Pierre fight.”

One way to settle this would be to have Ward send Paterson into the Octagon to duke it out with St-Pierre.

With an anglo father and a franco mother, the Quebec City native is flawlessly bilingual and one of the few comics who can play to packed houses in both French and English. Ward also has a hit anglo podcast, 2 Drink Minimum, which he does with standup crony Pantelis.

His next plan is to set another podcast record, doing 2 Drink Minimum with Pantelis at the Big O.

Ward’s only other Juste pour rire gig will be as a no-longer-secret guest in the franco equivalent of the Nasty Show, Les Rebelles, hosted by Pantelis, July 28 at Théâtre Jean-Duceppe of Place des Arts. Ward had hosted the Nasty Show for a few years, and in the fall he will do a series of anglo standup shows at Club Soda.

Ward is still dealing with his court battle in the long-running and controversial Jérémy Gabriel case. Last fall, the Supreme Court of Canada decided in favour of Ward, with his right to freedom of expression prevailing. In a split decision, the court ruled no discrimination was involved since Ward joked about singer Gabriel — whose physical appearance is affected by Treacher Collins syndrome — over a decade back because he was a celebrity. The court decided that the Human Rights Tribunal did not have jurisdiction on the matter.

In February, Gabriel and his mother filed separate lawsuits against Ward totalling over $300,000.

“When I first met my lawyer Julius Grey, he told me that this was going to be a long process — and that was 10 years ago. So I think maybe in another five years, it will all be done,” Ward says.

“Yes, I said something intended to be a joke 12 years ago. … But after that, I was afraid I was going to go too far in one direction or the other, to become the darkest, nastiest comic ever or to become a guy afraid of his own shadow. I’m happy neither has happened. … But now I’ve got Julius Grey in my head when I choose my words on certain subjects.”

Ward rightly points out that there is and has always been a lot of nasty stuff out there in the comedy world, but those who would be offended tend to avoid those shows.

“The difference today is people tweet about these kinds of shows, and someone who wasn’t there interprets the nasty joke out of context. But out of context, almost all jokes are mean.

“I don’t want to go back to the court thing, but I went through this weird depression. The good thing about getting out of a depression is you realize the things that you love doing, and that’s all I do now.”

Mike Ward does his podcast Sous écoute July 22 at 8 p.m. at the Bell Centre. Tickets: ticketmaster.ca