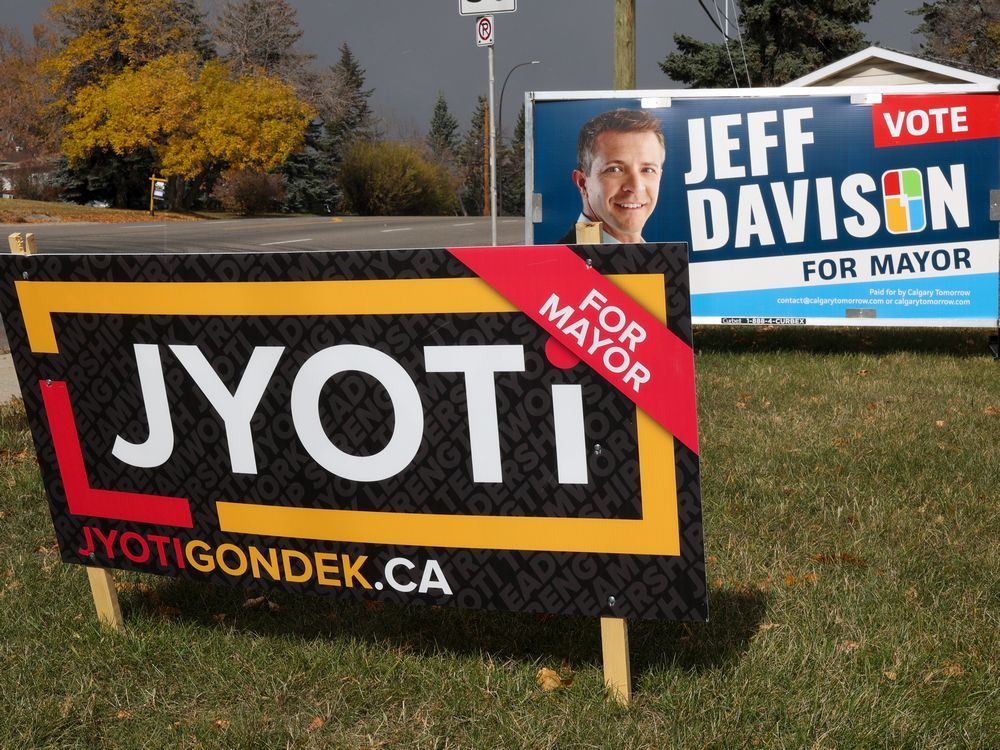 It’s unclear whether the changes to the Local Authorities Election Act were designed with specific outcomes in mind. If so, it’s safe to say that last October’s elections didn’t deliver what the UCP might have hoped for, certainly not in Alberta’s two largest municipalities.

Then again, maybe that undercuts one of the chief arguments against those changes: that by unleashing political action committees (PACs) (also known as third party advertisers or TPAs) and loads of “dark money,” these forces would combine to unfairly and unduly influence elections at the local level.

It’s also possible, however, that PACs and “dark money” did indeed influence elections at the local level, just not in the way that the UCP might have hoped or expected. If this was an attempt to help lift right-of-centre mayoral and council candidates, then it backfired spectacularly.

Either way, new disclosures about the money spent in last year’s municipal election here in Calgary illustrate a major shortcoming in these rules: there is a glaring lack of transparency.

Based on disclosures from eight registered TPAs (obtained by Postmedia via a Freedom of Information request), more than $2.2 million was spent in the 2021 Calgary municipal election campaign.

The biggest fundraiser and spender was Calgary’s Future, which hauled in $1.71 million and spent $1.62 million, which included endorsements of 14 progressive candidates, nine of whom were elected, including the current mayor. We know that much of its funding came from the Canadian Union of Public Employees and the Amalgamated Transit Union.

The second-biggest spender was Calgary Tomorrow, which was exclusively focused on supporting unsuccessful mayoral candidate Jeff Davison. The group raised $422,000 and spent 394,000.

These disclosures needed to be submitted to Elections Calgary by March 1. However, rather than simply making that information public, the city required formal Freedom of Information requests to be submitted in order for the information to be released. Furthermore, the city refused to release information on individual, corporate or union donations — the names of financial contributors to these groups were redacted

The provincial legislation does not require or forbid the disclosure of donor information. Of course, these disclosures are being filed long after the election has actually occurred, so even the limited information we now possess is of no value to anyone who cast a ballot on or before Oct. 18.

But even if these groups have a broader cause, like electing progressive or conservative candidates or supporting or opposing water fluoridation, they can certainly have a considerable impact on the campaign. And that’s not necessarily a bad thing; elections shouldn’t be the exclusive domain of politicians and aspiring politicians. But voters deserve to know who these groups represent.

While we don’t know who specifically donated to the registered TPAs, at least we know how much they raised and spent. When it came to the fluoridation plebiscite, we don’t even have that information for the primary group opposed to fluoridation.

Fluoride Yes! opted to register as a TPA and, as such, we know that it spent approximately $44,000. Conversely, anti-fluoride Safe Water Calgary did not even register, and so we have no idea how much it spent or where that money came from.

It would be a stretch to argue that there’s too much PAC money in local politics, especially considering the three main mayoral candidates alone spent a combined $1.8 million. The problem, rather, is too little information.

All third-party groups need to register as such and their donor information needs to be publicly disclosed, ideally prior to the election. Let them raise money, let them spend money, but let us know who’s backing them.